We are both his mothers, and to become the wonderful son he is today, we were both necessary in his life.

For many years there was no choice—either a birth mother was honoured and recognized on Mother’s Day, or not at all. In 1990, a group of Seattle birth mothers sought to correct that oversight and created a special day to honour those mothers who lost children to adoption. Birth Mother’s Day had a variety of purposes—to educate, honor and to help heal.

Traditionally, Mother’s Day has been a difficult day for women who placed or otherwise lost children to adoption. For many women in closed adoptions, their pain is hidden just as their birth mother status often is. As they begin to emerge from the shadows, Birth Mother’s Day could provide a healthy time for them to embrace their status as mothers and finally acknowledge their motherhood. 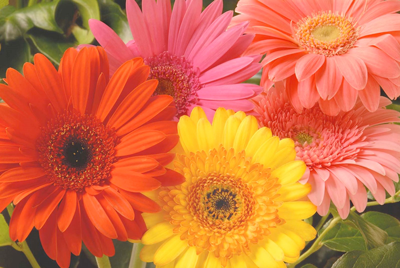 With reunions occurring in unprecedented numbers now, there is often a dilemma as Birth Mother’s Day and Mother’s Day approach. It is strictly a matter of personal preference and/or conviction as to which day to celebrate. How holidays are dealt with in reunion is one of the many issues to be settled upon. There are few absolutes; we all must decide what feels most comfortable for us and our children.

For me personally, however, there is something about Birth Mother’s Day that disturbs me a bit. Though I know it was created strictly with the best of intentions, I am not quite certain it feels right to me for a birth mother not to be honoured on the same day that all other mothers are. Mother’s Day was originally created to honour all Mothers; I guess I wonder why birth mothers need a separate day. They are a specific type of mother, just as adoptive mothers are.

We spend a great deal of time in adoption circles discussing the term "mother." Is a woman who gives birth, but does not parent, a mother, a birth mother, a natural mother, or a first mother? The mother who raises an adopted child is sometimes called the child’s mother, the adopter, or at times, the adoptive mother. Then, of course there is the question most guaranteed to set sparks flying, "Who is the ‘real’ mother?" In adoption forums, I have seen numerous heated debates trying to sort out who is the "real" mother.

The fact is we are all "real" mothers. Neither mother is imaginary, fake, or any less real than the other mother. Adopted children are the products of nature and nurture. Sometimes it takes not a whole village to raise a child, but, simply two mothers. Even mothers who take no part in the raising of a child have still contributed genetic "gifts" to their children.

For me though, I am glad my son doesn’t know about the existence of Birth Mother’s Day. I much prefer that he think of me on Mother’s Day as he does his other mother. We are both his mothers, and to become the wonderful son he is today, we were both necessary in his life.

Three Mother’s Days have passed since my son first found me. We have slowly formed a relationship based on love, trust, mutual respect, and a durable bond that connects us as mother and son. From our first phone conversation, there was a warm and easy connection. Last Mother’s Day, my son gave me a unique gift that was unprecedented in our relationship—he called to wish me "Happy Mother’s Day." It was a warm and joyous moment that made my heart sing and brought a broad smile to my face!

Jan Baker is a former board member of Concerned United Birthparents and a former member of the American Adoption Congress as well as a writer and blogger for Adoption.com. Jan is the mother of three adult children and a grandmother to four cherished grandchildren. She is also the natural/birth mom to Chris, and in November 2010, she had the pleasure of attending his wedding.