Who are the Métis?

The Canadian Constitution includes three peoples in its definition of Aboriginal: First Nations, Inuit, and Métis. The Métis emerged as a distinct
people and nation on the plains of western North America during the fur trade in the late 1700s. Many of the European traders established familial relationships with First Nations women. These relationships resulted in children of mixed European and Aboriginal ancestry, and these mixed Aboriginal people married other mixed Aboriginal people. Over time, they developed a culture that was a distinct fusion of both European and First Nations cultures. Historians refer to this fusion as ethnogenesis.

As the Métis nation developed and grew, its people saw importance of keeping Métis children within the Métis community as paramount. Through historic customary adoption, referred to as ka oopkitmashook’ in the Métis language of Michif, communities ensured that parentless children were cared for by a member of the family or at least by a member of the child’s community. Sometimes a ceremony would be held to acknowledge new family members when a custom adoption took place, but usually the adoption was treated in a matter of fact way.

Grandparents, in particular, were encouraged to adopt children because they could pass on their family’s Métis culture and identity. Godparents (named at the child’s baptism) were also seen as a good choice because they already had both a physical and spiritual responsibility to the child in question.

In addition to ensuring children’s needs were met, custom adoptions also created and reinforced family connections. For example, when young children lost their biological parents, their adoption by other family members was seen as a way for their original family to survive death. The family’s history, traditions, and stories would live on in the adopted children, who in turn remained connected to the traditional community.

In contrast to the positive influence of custom adoptions, Canada’s government-administered child welfare system has had a destructive impact on Métis families. Many Métis children attended residential and boarding schools, where they suffered the same traumas as other Aboriginal children. The devastating impact of these schools eventually gave rise to to the Indian Residential Schools Settlement, which is a multi-billion dollar agreement between the federal government, churches, and survivors that in turn led to the Truth and Reconciliation
Commission.

However, the federal government has been reluctant to take responsibility for Métis survivors. Because the church-run schools most Métis children attended were provincially rather than federally funded, their survivors were excluded from the Indian Residential Schools Settlement.

The government began phasing out compulsory residential school education in the 1950s and 1960s as the public began to understand their devastating impacts. Government authorities decided that Aboriginal children would receive a better education if they transitioned into the public school system. This led to the 1951 Indian Act amendment that enabled provinces to provide services to Aboriginal people that didn’t exist under federal jurisdiction. Child protection was one of these areas. 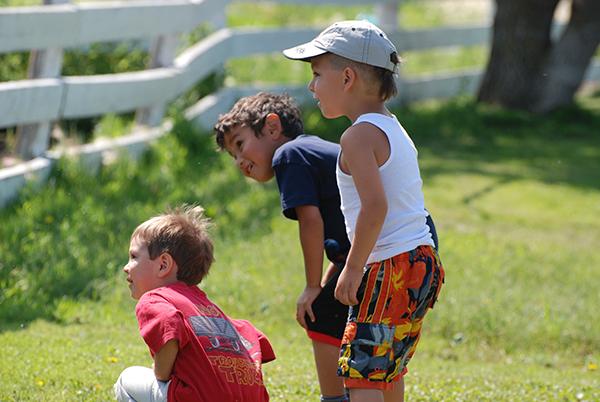 Today Aboriginal children and youth make up 5% of the general population of BC, but approximately 52% of the 8,000 in care of the Ministry for Children and Family Development. Haphazard identification of Métis children makes it difficult to know exactly how many of those Aboriginal children are specifically Métis. It’s clear, though, that decades of marginalization and colonialism continue to take a toll on Métis families today.

Who can be a Métis citizen?

Unlike First Nations people, Métis do not have a national registry. Instead, Métis identification and Citizenship is administered by the five Governing Member organizations of the Métis National Council. The Governing Member for British Columbia is Métis Nation British Columbia (MNBC). MNBC registers Métis people as Citizens, and maintains a Central Registry that supports the collective voice of Métis throughout their homeland.

The Métis community strives to be inclusive and to share and promote culture and traditions within Métis families. In 2010, the Métis Nation legislated adoption provisions into its Citizenship Act. This means that non-Métis people who are legally adopted by a Métis and are under the age of 19 can register as Citizens of Métis Nation British Columbia. By encouraging cultural inclusion in adoptive families, the stigma of difference that many adopted children face by be reduced.

Métis children who are adopted by non-Métis families can also be registered as Citizens of Métis Nation British Columbia. In order for their application to be approved, they must be able to show a genealogical connection to a Métis ancestor. This can be difficult for people who don’t have access to their Métis ancestral records or their biological families.

When applying for Citizenship with Métis Nation British Columbia, adoptees are encouraged to identify that they (or their ancestor) were adopted. Other documentation, such as court records, live birth registration, church registers, and sometimes even DNA testing can sometimes be used to confirm the relationship between an adopted Métis child and their registered biological relatives.

Métis Nation British Columbia develops and enhances opportunities for our Métis Chartered Communities and Métis people in British Columbia by providing culturally relevant social and economic programs and services. Representing more than 12,000 provincially registered Métis citizens and a majority population of nearly 70,000 self-identified Métis people, the MNBC is recognized by the provincial and federal governments and the Métis National Council as the official governing organization of the Métis Nation in the province of British Columbia. Learn more at: mnbc.ca.