Sarah Groothedde had been in foster care since she was an infant, bouncing from home to home and suffering abuse and neglect.

As a young teenager, she asked her social worker to find her a family. The worker told her she was too old for adoption, and that it would be “against the rules” and a waste of resources to try. “All I ever wanted was a home and a family,” says Groothedde. “But it wasn’t in the cards for me.”

Every year, thousands of young people in BC turn 19 and celebrate their new status as legal adults. They can vote, buy alcohol and cigarettes, get married, sue or be sued, change their names, and leave home without a parent’s permission. With the help of family, they will gradually make the transition to independent adult life. 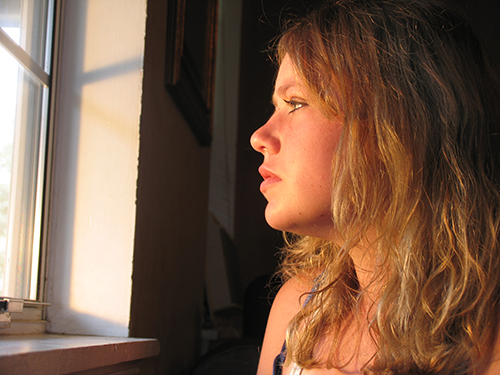 For hundreds of these newly minted adults, though, their parent celebrates by showing them the door. “Happy birthday,” they’re essentially told. “You’re on your own now.” They’ve “aged out” of the care and custody of the only parent they have: the Ministry of Child and Family Development (MCFD). With no permanent adult connections and few supports available to them, the future is usually bleak.

Groothedde’s path was no exception. She became homeless soon after turning 19. She connected with Covenant House, and learned that more than 80% of the kids in the shelter with her were from foster care. “I remember being so upset, like ‘We’re being thrown away,’” she says.

Things have changed since Groothedde’s social worker told her it was against the rules to try to find her an adoptive family. Committed social workers and programs like Wendy’s Wonderful Kids (WWK) strive to recruit families for teens. Still, in 2012, over 600 youth aged out of care in B.C., while only 25 foster kids over the age of 12 were adopted.

It’s tough to convince adults to consider adopting a teenager–and it can be equally tough to convince teens to be open to adoption. Maybe they’re doing well in their current foster placement and aren’t interested in more change. Maybe their foster family isn’t the best fit, but they’ve made friends at their school and don’t want to  move to another part of the province. Maybe they’ve been hurt and rejected so many times that they’re terrified to open themselves up to that risk again. Maybe they were open to adoption at one point, but after months or years of waiting, they’ve given up hope.

“Teens are not great at waiting,” says WWK recruiter Kirsty Stormer. “They might act out, or back off [from  adoption] out of fear, and decide adoption is too much for them. So we’ve been muddling around, looking for a solution.”

Maybe, says WWK recruiter Anne Melcombe, we have to ask different questions. What if we could connect caring adults with youth, with the understanding that the adults would be responsible for the commitment? What if we put the onus on the adults to be just that–the adults–and let the youth proceed at their own pace? These  questions were the impetus for a new, as-yet-unnamed program being pioneered by AFABC and WWK.

The ultimate hope of the program is that this kind of relationship will eventually lead to adoption. If adoption  doesn’t happen, though, there are a wide range of other forms of permanent commitment for the adults to explore. They may take on the role of an “auntie” or “uncle.” It may turn into what Groothedde and her mother, Jen Hillman, call a moral adoption. Or it may take some as-yet unnamed, unimagined form that fits the adults and the youth perfectly.

In the end, titles and legalities are not what matter most. What these youth need, says Stormer, is “to have  someone there at Christmas, in the delivery room, to walk you down the aisle. Someone to talk to on the phone when you have a bad day.”

“We’re not looking for a temporary relationship or a mentoring relationship,” says Melcombe. “We’re looking for permanent relationships that will last for the rest of the youth’s life and on to the next generations.”

AFABC and WWK staff presented this concept at an open house in early April 2014. Speaking to a room packed with potential parents, Melcombe, Stormer, and social work student Caterina Murdocco explained the basics of this new approach. Although prospective parents will have to complete some initial paperwork (the details of which are still being worked out), they will not be required to complete the entire homestudy process prior to  meeting the youth. This should allow the process to move along more quickly than a traditional adoption, which often requires prospective parents to wait months or years before meeting the young person they hope to adopt.

Although this program is still officially in its infancy, several BC families have already forged their own  unconvential forms of permanency. Some of them participated in a panel discussion at the April event, captivating the audience with their stories.

Anne Melcombe was introduced to Amy through her social worker when Amy was 18 1/2 years old and about to age out of foster care. Melcombe says that Amy responded to the idea of adoption by saying “You’re nuts–nobody wants to adopt an 18-year-old!” Luckily, Melcombe didn’t agree. She had a mom in mind for Amy: her co-worker at AFABC, Susan Waugh.

After adopting two infant girls from China, Susan and her husband Rick thought their family was complete. That all changed when Melcombe arranged for Amy to spend the summer working at AFABC, where she was able to get to know Susan. At eighteen and a half, Amy was about to age out of foster care and move across the country for university. Some behind-the-scenes finagling on the part of her future mother’s co-workers led to her being  introduced to the Waughs.

That first meeting was surreal,” says Susan. “Think of it like an arranged marriage: you’re meeting this stranger for the first time, and you’re considering marrying them.” For Rick and Susan, it was love at first sight. For Amy, it took longer. “When we told her we were willing to adopt her, she looked at us like we had three heads. She says it was the strangest conversation she ever had in her life.”

Rick and Susan did everything they could to pull Amy into their family life: inviting her on family outings, picking her up from her job downtown at one o’clock in the morning, and giving her a chance to observe a healthy family for the first time by watching them interact with their other daughters. After four years of “bugging her about it on every school break,” as Rick puts it, Amy decided she was ready to be adopted. She legally became Rick and Susan’s daughter at 22 years old.

“We didn’t ask her permission to treat her as her parents,” says Susan. “We just did it. She would have had to tell us to back off (and we would have). You don’t try to be a best friend.”

“You have to find something to build your relationship around,” adds Rick. “Teach them to drive, play an  instrument, bake, or repair an engine. Take them to soccer practice. Plan their post-secondary education. Find something in common, and slowly, you’ll be able to get more personal.”

The gift of hope 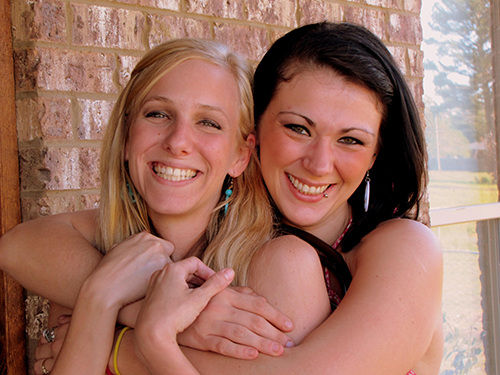 Melcombe, too, has personal experience in creating permanency with a commitment-shy young person. In  addition to her professional life as a social worker, she spent years fostering teenage girls. Her daughter, Melissa, initially came into her life as a foster youth. “She was the queen of the runaway,” says Melcombe. “We had lots of ups and downs and had to feel our way along. I finally realized that she kept coming back because this was home. She needed to know that there was nothing she could do that would change my mind.” Melcombe describes her now-adult daughter as a “wonderful parent” to teenagers of her own.

“All of those things – learning how to be a good mother, and a loving mother – I got from you,” says Melissa.  “Before, in all my other foster homes, it was chaos, darkness, and cold. At Anne’s, there was a stocking for me (it was just before Christmas when I got there). There was tea. And, for the first time, I was warm.”

Melcombe and Stormer just celebrated the finalization of their 50th adoption with Wendy’s Wonderful Kids. That’s 50 young people who can look forward to their 19th birthday with something other than fear and loneliness. They have a family. They have hope. And, if all goes well, this could be true for more teens—many more. This new  approach has the potential to be a powerful way to make that hope a reality for BC’s hundreds of waiting teens.

Are you ready to consider making a permanent commitment to a young person who needs a family? Contact us at 1-877-236-7807 (toll free in BC!) or info@bcadoption.com and ask for our Wendy's Wonderful Kids department. Or check out our adoption education offerings, including our Adopting Teens & Tweens workshop.