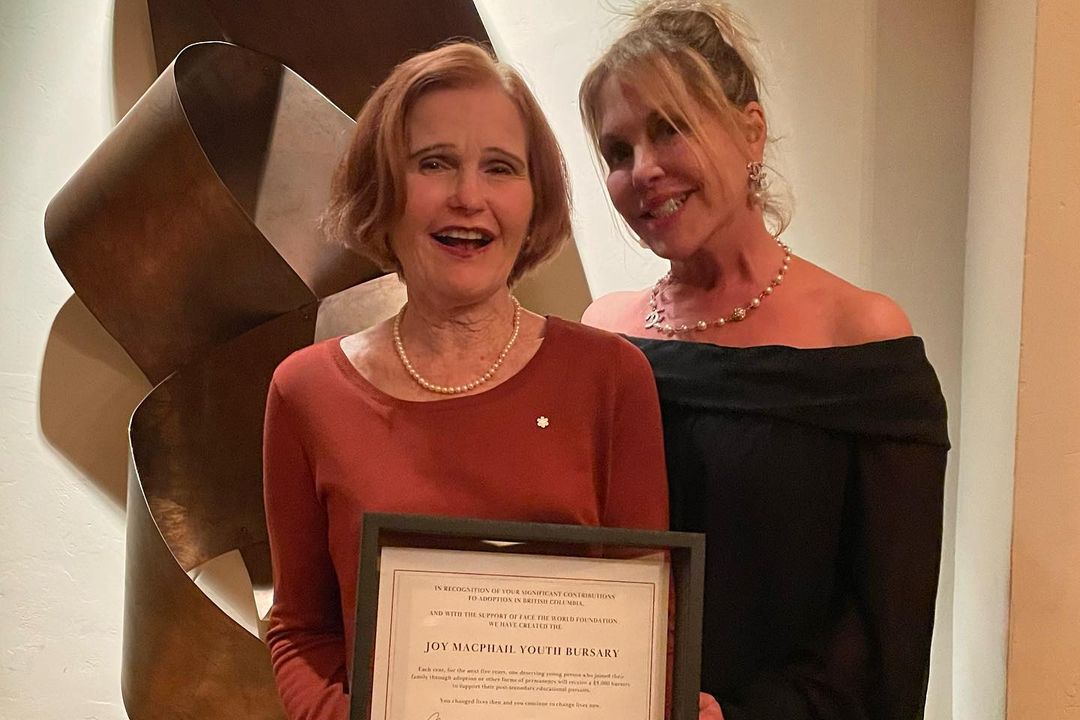 The Joy MacPhail Youth Bursary was established in 2022 with funding from the Face the World Foundation. The bursary provides financial support for post-secondary studies to a young person who was adopted or joined their family by another form of permanency.

The Joy MacPhail Youth Bursary was created in recognition of Joy’s significant contributions to adoption in British Columbia. During her time as Minister of Social Services, Joy played a key role in advocating for the passage of the Adoption Act of BC. The Act made British Columbia the first province in Canada to open its adoption records and allow same-sex couples to adopt.

"Throughout my 15 years as an elected official, the passage of the Adoption Act of BC in 1995 stands out for me as my most important contribution,” says Joy. “The entire community—adoptees, birth parents and adoptive parents—worked tirelessly with me to modernize the legislation governing adoption. With this act, BC became the first province in Canada to have open adoption records and to allow adoption by same sex couples. The act became the model globally and changed families' lives forever.

It is a great honour (and very humbling) that Face the World Foundation has created a bursary in my name with the Adoptive Families Association of BC for youth who joined their family through adoption or other forms of permanency."

For information on eligibility and how to apply for the Joy MacPhail Youth Bursary, visit our main Bursary page.