Claire's 10-year-old son was adopted from a Russian orphanage when he was 19 months old. Her other son, Ethan, joined their family just over a year ago, when he was seven. Ethan was born in Canada and entered government care at age two. All names are pseudonyms. In this 12-part series, Claire shares the "fast and furious learning" that she and her family experienced when they adopted an older child.

Within just a few hours of my boys coming home from school, toys, clothes and sports equipment once again littered our house. Hadn’t I just cleaned up all of this? I called them to come up and put away the stuff they had dragged out onto the bedroom floors. One complied; the other was firm that he would not. Eventually, he asked if there were other household chores he could do instead of straightening up his room. Trying hard to deter him I said, “I only have one more job, and that’s to clean the toilets in the bathroom.” 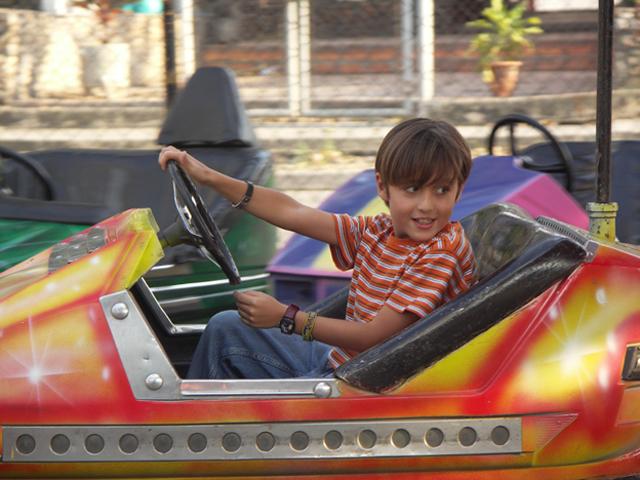 “I’ll take it,” he said, and asked for instructions. I took him into the bathroom, pulled out my Method Lil’ Bowl Blu (that stuff is awesome!) and the toilet brush. I showed him how to get the liquid under the rim and scrub the bowl and clean the seat, behind the seat, around the floor...you know the drill. He didn’t seem to mind doing it at all, but when our exercise was over I knew I wasn’t bringing him back there. I really wanted him to just be responsible for his room in the future.

A few months later, I was planning his first-ever birthday party. We were heading to a hockey tournament across the border. The kids on his team were eager to have some fun between games at a pool party in his honour. Party supplies, check. Games organized, check. Prizes, check. Birthday gifts, check. Hockey equipment, check. I was excited for my little boy’s first party with friends.

I don’t know if you know this, but when you adopt a child, in order to protect the identity of the birth parents, you get no ID for that child until the adoption is finalized. For more than a year, I didn’t have information with his full name on it, or his new birth certificate with our family name on it. This is a rather antiquated practice left over from a time when most Ministry of Child and Family Development (MCFD) adoptions were babies. But MY baby could talk, and he does. He told me his name and the names of his birth parents. He told me where he used to live. But getting a kid across the border when you have nothing with the child’s name on it is a huge issue. Homeland Security doesn’t like that. I understand why. There I was holding out a letter with MCFD letterhead saying that a male child born on this date was in the temporary care of these people, and he was permitted to cross the border. It was signed by someone that was unknown and inconsequential to the border crossing guard.

As we roll up to the border, I think “Oh good, it’s the woman border guard. She’s nice and seems to be confident in her ability to judge character.” We tell her where we’re going and she gathers our documentation. We explain the rather strange circumstances around this piece of paper that serves as the only identification we have for the boy in the backseat who calls us Mom and Dad. She brings her head into the car and starts to ask him questions.

“Do you live with these people?”

“Are they pretty good to you?” she asks. He hesitates.

“Ummmmmm. Not really, they make me clean their toilets.”

And that’s all he says. She and I lock eyes, she raises her eyebrow. I’m stunned. Words were so inadequate. All I could think about was the mountain of good intention and birthday madness in the back of the car. She must’ve seen the look on my face, because her lips turned up into a smile and she waved us on our way.