Extreme parenting: The little things | Adoptive Families Association of BC

When Ethan came into our family, he was very angry. My family and friends wondered what he had to be angry about. All they could see was that he was part of a loving family. They thought he should be grateful. It was interesting to me that these usually empathetic folks couldn’t immediately see the loss suffered by this child. Before I could understand what was going on, I had to abandon my expectations of them--and of Ethan.

I hear adoptive parents rant about teachers at the school and their lack of understanding about the issues adopted children face. Oh my gosh! There are 25 kids in that classroom, each with their own “special handling instructions.” Do we really expect a single teacher to stay up-to-date on everything that might relate to every one of those children?

This is not to say I don’t advocate for my children or give their teachers my suggestions for handling their behaviour in the classroom. But this is complicated stuff, and I have no expectation that they should already know what I myself am struggling to learn. I will offer my advice about, say, bringing my attachment-disorderd child closer to the teacher’s desk rather than asking him to leave the classroom. I will also respect that the teacher might have to make a call that’s different than the one I would make, because she’s juggling a lot of balls.

Understanding makes all the difference

Ethan hates Christmas. He HATES it. He told me this past year that it kills him that he can’t remember a single Christmas spent with the people who brought him into this world. I try my best to make the experience better for him, but once again, this isn’t personal. He’s foul as the season approaches. He fights, he swears, and he acts up in school.

This year his teacher was at her wits’ end. Ethan was taken out of the Christmas concert because he lost his temper during a rehearsal. “This is stupid and you guys suck,” he said. A couple of the kids cried.

There we were, assembled in the gymnasium waiting to see our kid perform with all the other little cherubs and he wasn’t there. Truthfully, he wasn’t in trouble with me. But he sure was in trouble with his teacher. Back to natural consequences. And back to building resilience, through tears of futility.

Seeing past the negative 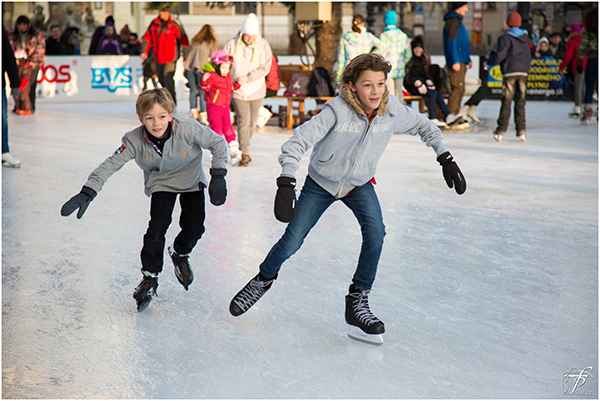 If we were caught up in our ranting, we may have missed the gift we received. We may not have noticed that Ethan’s hockey coach took him under his wing in the most wonderful way. Ethan LOVES hockey and he’s getting to be a good little player. But his first season was fraught with on-ice temper tantrums—trying too hard, not a great skater, wanted the other kids to pass it to him, I don’t know. But his coach saw him. He’d pull him off the ice, ignore his protests and excuses, but keep his hand on Ethan’s back in a way that worked to ground him.

Once Ethan settled, the coach would send him back out onto the ice. The coach didn’t engage with the tantrum or make Ethan out to be a bad kid. He simply settled him down with a hand on the back. Ethan has amazing respect for his coach. He doesn’t have tantrums anymore and sees himself as the valuable member of the team that he is.

No expectations, no resentment, no entitlement. We are open to the gifts and grateful to receive them.

Today, that gift was our hockey coach.

Claire’s 10-year-old son, Adam, was adopted from a Russian orphanage when he was 19 months old. Her second son, Ethan, joined their family from foster care at age seven. In this series, Claire shares the “fast and furious learning” she and her family experienced when they adopted an older child.