Everyone has a story: Meet the Massick-Phillips family

Heather Massick (née Phillips) describes her family as “a large, blended, adopted/ foster family with two parents.” Heather had two children through adoption and one foster child when she met her husband, Glen. Glen has three children from a previous relationship, so they became a six-kid household. Almost two years into their relationship, Heather was approached by the birth parents of the two she had already adopted regarding permanency planning for the two younger siblings. Heather and Glen both said yes, which brought them up to eight children. Now, newly married, Heather and Glen are busy, happy parents to a whole clan of biological, foster, and adopted kids.

We spoke to Heather about her amazing adoption journey.

Growing up in the fostering and adopting world

Heather Massick’s adoption journey began when she was a child. Her parents are long-time foster parents, so she grew up knowing the world of adoption and fostering. In her late teens, she would often provide respite care for her parent’s foster children.

It was during one of these times that Heather’s personal journey with adoption began. The foster child Heather was caring for was medically fragile and needed specialized care. While Heather was taking care of him, she grew to love him and knew she wanted to begin the process of potentially adopting him.

When Heather was only 20, she became a foster parent and then at the age of 23, she started fostering this little boy and his new 3-month-old baby sister. The adoption was finalized when Heather was 24 and she became their mother forever.

Heather also welcomed another foster child into her home. She had been a single parent for over ten years when she met Glen and they blended their families into one.

Heather recalls the happiness that came after their second adoption was finalized. She and Glen jumped headfirst into their new life together. They signed the adoption papers for their kids’ two siblings the day their honeymoon ended, only hours after getting off the plane!

“The kids finally knew they had a forever home and wouldn’t be moving ever again. Just to be able to have that sigh of relief, for them to know they have a permanent place. That was definitely a high point,” says Heather.

The challenges of waiting

The placement period of an adoption journey is never easy, and Heather’s were no exception. During all of her adoptions, the most difficult thing was worrying that something would change at the last minute and stop the adoption.

“During both of my placement’s family did come out of the woodwork who weren’t there before, wondering why they weren’t considered for the adoption. But in both situations, we were able to come together and ensure that they would still be involved and that both band cultures would be represented [in the children’s upbringing],” Heather remembers. “Just waiting for the other shoe to drop, that it might not happen. So hard.”

Advice for other families considering adoption

Heather wasn’t looking to adopt, but when the situation arose, she knew that she was the right person to parent each of her children. “It’s knowing the children, knowing how to support them,” Heather says. “One of my adoptive mom friends recently posted the quote: "Adoption is not about finding children for families, it’s about finding families for children."—Dr. Joyce Maguire Pavao

Adoption is about getting the right fit, and Heather and Glen knew that these children had found the right fit for them. 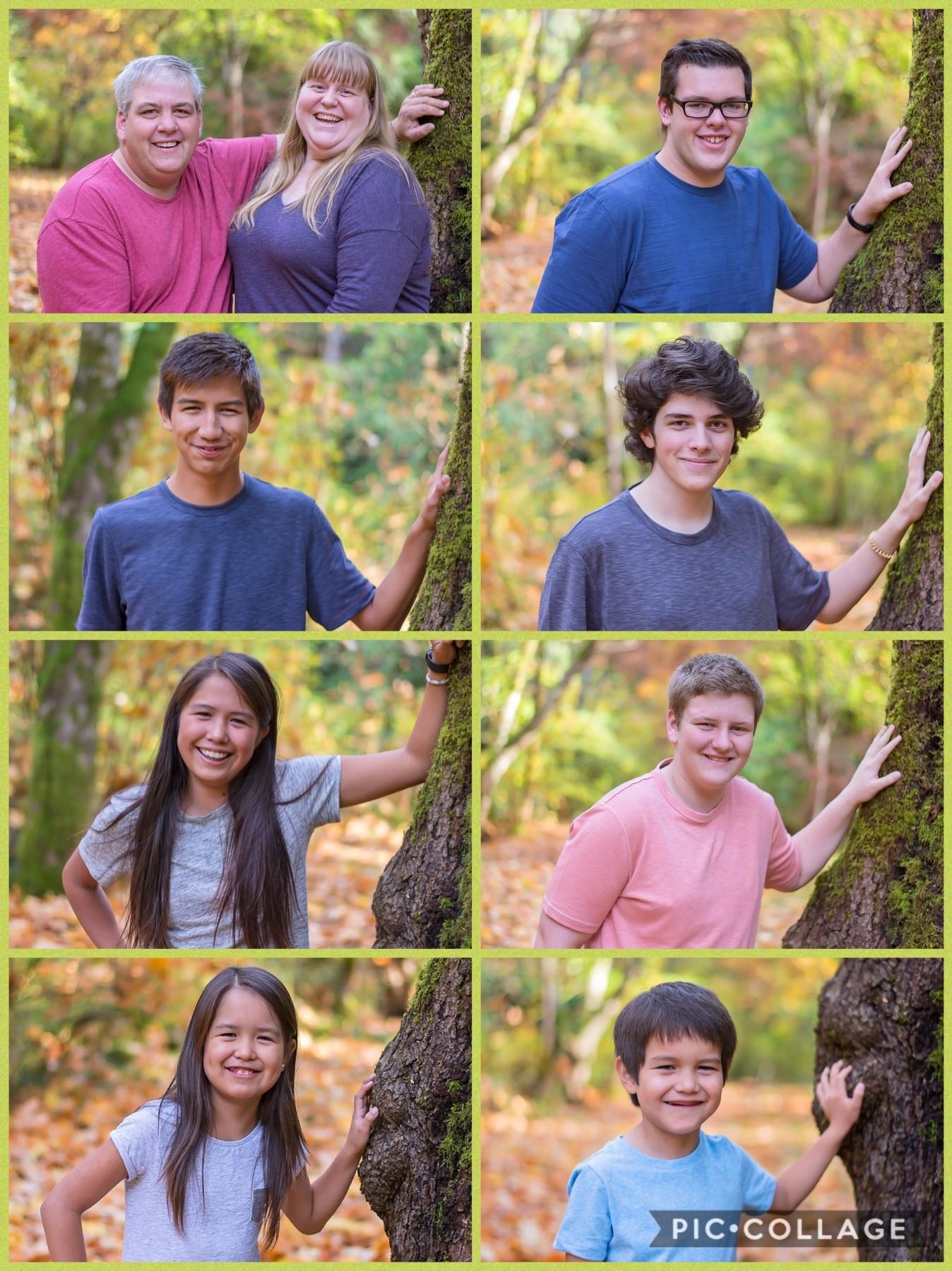 The importance of openness

Heather is also a strong advocate for openness in adoption.

“When [two of] my children were 7 and 9, they were talking to one of our foster children,” Heather recalls. “The foster child was talking about wanting to go back home to their parents, and my kids asked why? The foster child said ‘Because I love them,’ and then my children replied ‘Well, we love our birth family and we love our mom, but we know that is not a place to live. I’d rather live with mom and have a good relationship and good memories with my birth family than live with my birth family and have not so good memories.’ At 7 and 9 they had already learned that they could have a good relationship with their birth family, but still know that that is not the place for them live.”

How AFABC makes a difference for Heather’s family

Heather is an active member of a few of our Facebook support groups, particularly our Single Adoptive Parent Support group. Although she is no longer a single parent, she was one for more than 11 years and gives valuable advice to new single parents who are just starting their adoption journey. She says she has made many connections in these groups that she wouldn’t have found otherwise.