Every year, through the Howard Legacy Youth Fund (HLYF) Bursary, two $2,000 awards are made available to youth in or from care who plan to study at a post-secondary level in any institution in BC. The HLYF bursary program is funded by Peggy Howard, a long-term champion for youth. As an adoptee herself, Ms. Howard has a personal interest in supporting youth in and from BC’s foster care system to reach their academic and career goals.

Elizabeth Hunter was selected from a competitive pool of candidates for one of this year's Howard Legacy Youth Fund Bursaries. Elizabeth is pursuing a BA in Health Sciences, Minor in Indigenous Studies at Simon Fraser University and lives in Vancouver.

AFABC is incredibly grateful to generous supporters like Peggy Howard, who allow us to reach and empower even more youth in and from care. 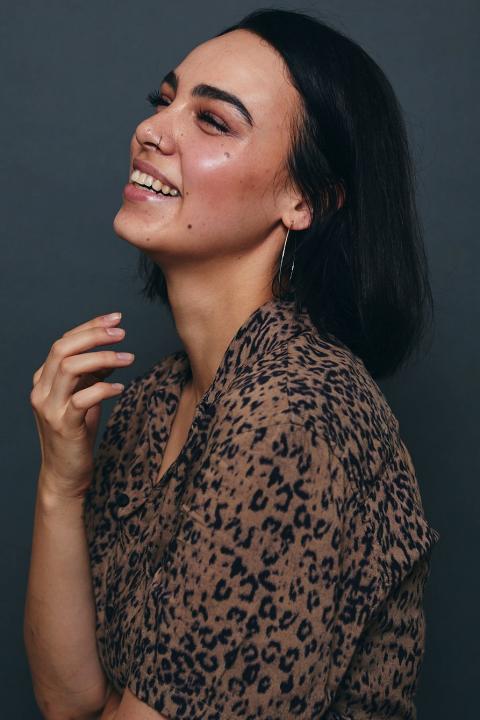 In her early twenties, Elizabeth Hunter booked an appointment with a naturopath for mobility issues she’d developed following a serious car crash. Working with a naturopath for the first time, she began to discover the benefits of holistic medicine in more depth. Around the same time, Elizabeth started a job with the First Nations Health Authority.

Working at the Health Authority, and connecting with the many Indigenous health professionals who practice there, furthered Elizabeth’s passion for naturopathy and underscored her belief in the importance of braiding western and Indigenous medicine. Both have supported her on her healing journey. “Just working on the pharmaceutical end with western medicine, it never fully worked for me or there were gaps in treatment,” Elizabeth says. She saw her health improve the most when she combined western medicine with naturopathic medicine. She hopes that, in the future, pursuing a combination of western and naturopathic treatments will become accessible to more people.

In speaking about her experience working at the Health Authority, Elizabeth is adamant about how much the support and mentorship of physicians who work there has positively affected her. It’s this support that led her to choose to go back to school this past January. In pursuing her BA in health sciences, she hopes to eventually help BIPOC (Black, Indigenous, and People of Colour) communities gain better access to natural forms of healing, including ones that are rooted in her own cultural teachings and practices.

On top of school and work, Elizabeth is the moral guardian of her teenage sibling. Raising a teenager in her twenties has been a challenging experience. “I’ve had to practice so much patience since I started all of this with them,” she says, smiling. She stresses the importance of making the time to do things that allow you to de-stress. “You can get so wrapped in the work, and then school and then teenager that you don’t actually spend any time with your friends. So I’ve been making time to do that.” And although it has been an enormous amount of work taking on a teenager in her early twenties, Elizabeth wouldn’t have it any other way. Having navigated the foster care system herself, building a stable environment that allows her sibling to thrive is, in Elizabeth's own words, her biggest accomplishment.

While naturopathy is a strong contender, Elizabeth hasn’t decided exactly what she wants to do after she finishes her bachelor’s. What she does know is that she wants to pursue a career in a health field that allows her to help others manage their physical and emotional well-being through holistic practices that are currently inaccessible to many. Whatever Elizabeth chooses to pursue, we know she will do great things. Please join us in celebrating Elizabeth Hunter, one of the winners of this year’s Howard Legacy Youth Fund Bursaries.