10 lessons being adopted taught me | Adoptive Families Association of BC

10 lessons being adopted taught me

In this article, originally shared on the Lost Daughters website, Lynn Grubb shares some of the key lessons and outlooks on life she discovered as an adopted person.

1) I learned about being a minority

Although my skin colour is that of the majority, I learned early in life that I was part of a minority group. I was told I was adopted at a young age, so as I grew up, I noticed that the overwhelming majority of people I knew were living in biological families. In the 70’s, you mainly learned about other families by spending time with them, reading about them, or seeing them on TV. My first realization about the differences was when I saw a neighbour breast-feeding her baby. I think I went into shock because that was not something ever seen or talked about before in my home. 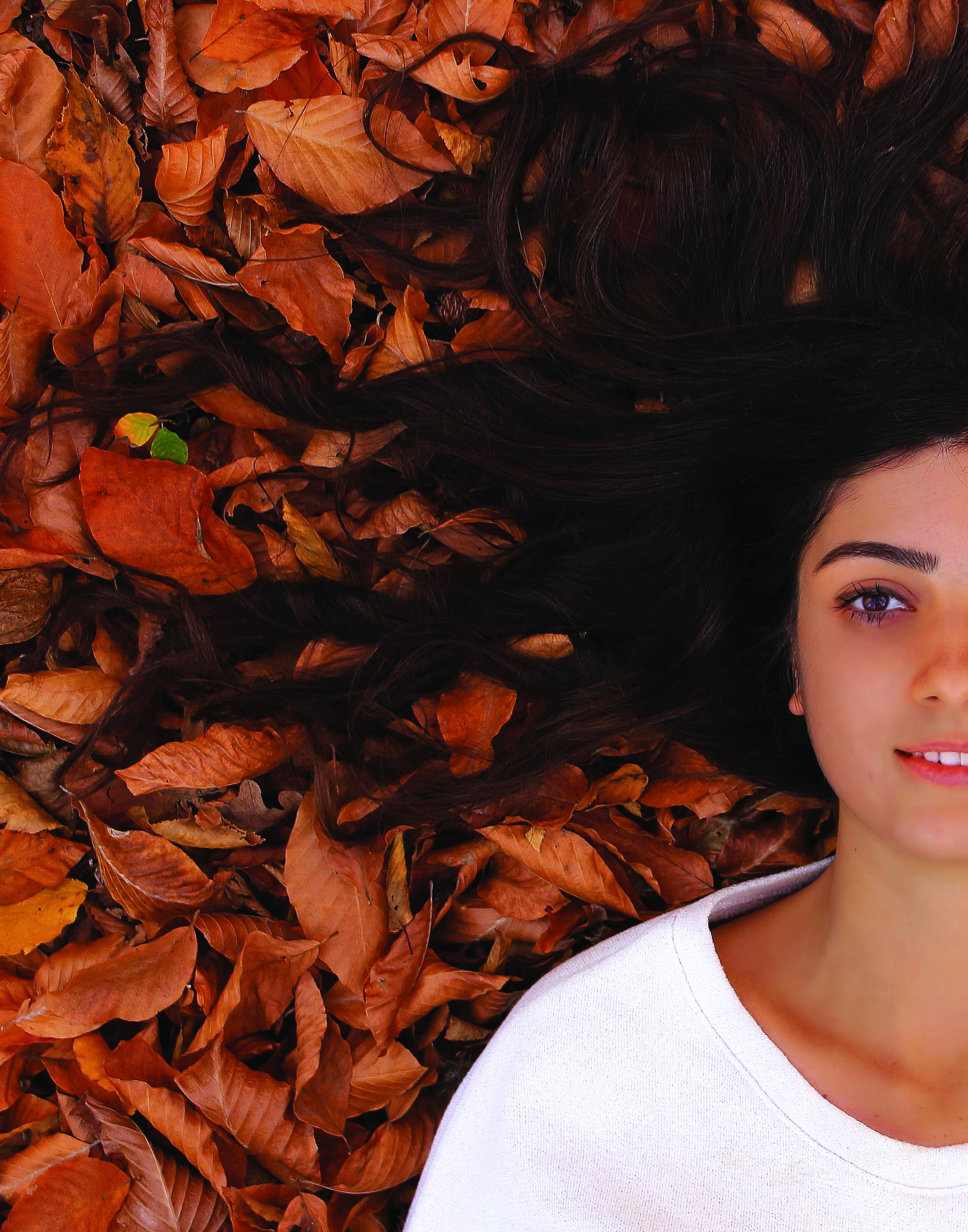 I did not feel ostracized as a minority as a child; however, when I became an adult I noticed the disparity of being adopted versus biological. You quickly become aware during conversations, when you read obituaries, or articles where certain members of families are singled out as “adopted,” or you hear a joke being made about the “adopted kid” in the biological family (it’s not funny). “You never know what you are going to get” is a common thing I have heard about adopted kids. The truth is, you never know what you are going to get with a biological kid either, but the point was, at least we know the bio kid is blood.
These types of comments are now referred to as micro-agressions. Five years ago, I learned that my biological father was Latino and it’s caused me to think about how I would have been treated differently had my immediate and extended family and my community saw me as Latina and not White.

2) I learned to value equality

I have been in favour of gay marriage as an adult for years. I was so happy when it became the law of our land because it never made sense to me to discriminate against people based on their sexual orientation. It goes back to #1, being a minority. I did not grow up with any gay relatives, nor as a child did I know any adults who were gay (“gay” was the only term in my awareness at the time).
It wasn’t until I became an adult and worked with some folks who openly spoke to me about being LGBTQ+ that I began to understand more deeply. Being part of a minority myself, I believe it gave me an inherent understanding that, in neither of our cases, were these life circumstances a choice that we made. Attempting to order my original birth certificate and my adoption file from the powers that be and being denied was when it really brought the inequality home. As an adopted person, I am treated differently under the law than a biological person. There is something deeply wrong with that picture. If I am to value my own equality, I have to value others’ equality.

It is not possible to repair a ruptured connection that took place at birth or shortly after birth. A child can connect and bond with a different caregiver, and people can have positive reunions. However, the rupture of the original bond between mother and child can never be fully repaired. Reunion is an attempt to regain what was lost. However, it is not possible to repair something as great as years of time that was missed out on. Children need time and they bond closest to those who are with them the most. Adoption creates a family out of strangers and strangers out of family. My own reunion, while positive in many senses, brought this lesson to me in a big way. What was broken in these primal relationships many years ago will never be fully repaired.

4) I learned about grief

Growing up, I learned that my family’s way of dealing with grief was to bury your head in the sand. To basically not grieve. When my beloved cats, Snooper and Sneaker, died there was no viewing the body, talk of what happened, burial, vet visits, or backyard funeral. I was told in an indirect way, without the benefit of hugs and crying. Even as adults, neither my brother nor I were told when our grandmother died in a home. I asked about her one day and that is when I learned. Again, no funeral or discussion about feelings. I wanted to do better with my kids. We have had a lot of pets and it is a family event to go to the vet when a pet is gravely ill. We talk about it. We cry. We make decisions about euthanasia together. We support each other through the grief.

Another big lesson about grief came when I had a miscarriage and entered therapy for grief. Although my family of origin wanted to sweep it under the rug, I was forced to feel the full brunt of the reality of giving birth to a second term baby boy who was not alive. I had an angel of an RN who helped me through the first stages of that process.
Finally, my greatest lesson about grief was when our family adopted our daughter and I watched as her birth mother distanced herself and eventually walked away. It threw me into a pit I had never experienced before and the grief of the loss of my own mother finally came to light. It was excruciating to finally face the reality of my loss, after denying it for so many decades.

5) I learned to value family history

There is nothing like having zero access to your own family history, to make you a huge fan of family history in general. Family stories and ancestors have value to each and every one of us, and when we don’t have access to that information, it can cause a lot of distress. The rise of genealogy shows like “Finding Your Roots” on PBS and TLC’s “Who Do You Think You Are” is proof that almost everybody cares about where they come from, most of all those of us who don’t have the privilege of that information. In recent years, with the rise of DNA testing, I have become a huge fan of genetic genealogy and helping people in my community connect the dots.

6) I learned identity is fluid and ever-changing

Post-adoption, I became the daughter of English, white, middle class, Presbyterians. Then, as an adult, I became a city-living, Italian, who rejected the values of my childhood, and was a non-church attender. Later after I married, my husband and I lived in a poor neighbourhood close to downtown. We became members of a Baptist church. For a short time, I volunteered in pro-life women’s clinics. Then, after we moved, I became a pro-choice Catholic, after identifying with the neighbourhood we lived in and the school our son attended (plus I had learned my birth father was Catholic). Our family was hugely involved in the neighbourhood parish and I truly admired how Catholic families value their children’s education.
In my 40’s, learning my maternal birth family was upper middle class, huge football fans, dog lovers (cat lover first and foremost here), and FOX-News watchers was a bit of a shock to my system. Learning that for generations my maternal family were married in the same Congregational Church was eye-opening. However, meeting them helped me to solidify my own beliefs, values and how I see the world.
Today in my 50’s, I am a pro-choice, pro-LGBTQ+, animal loving, CCW toting, mixed race women who values equality, family, and peace. I vote Democrat for the most part but I have voted Republican. I am Protestant now; however, I recognize I could be any Christian denomination and still have a deep love of God, Jesus and nature. Our family chose where we now live because it is not considered being part of the country club neighbourhoods that surround us. We wanted our kids to experience as much diversity as possible in a mixed-class area of town with decent schools. Our neighbours are down-to-earth, as are our friends. I believe being adopted brought two paradoxical outcomes: identity confusion and the freedom to create my identity in a way that allowed me to fully show my true self at that time it was evolving. Without the blood ties and historical expectations that many non-adopted children inherit, I was able to create my identity outside of those confines.

7) I learned to value family preservation

I believe that families should be supported to stay together before the word adoption is ever uttered. Does that mean I think it’s okay for kids to be abused? Absolutely not. However, if a biological parent is not available to parent, I believe that family members or close friends (kinship care) is the next-best-thing. A child loses too much when they lose all connection to their family and community. This is also true for adoptive families who later rupture. I do not believe open adoption mitigates these losses. It helps but it can never fully repair the loss (see #3). Private Infant adoption allows one party (the mother) to relinquish a child and sever that child’s connection to their family and community. There is no requirement that she seek a family member, in fact the law supports her to relinquish to strangers and to do it quickly.

The multi-billion dollar industry of infant adoption and international adoption needs a complete over-haul. Paper orphans, coercion of mothers, leading parents to believe that adoption is just a form of educating kids in a foreign land, needs to stop. Treating adopted people’s birth and adoption information as a state secret is wrong. Unfortunately because we are a minority (see #1), our voices are not the loudest. Adoptive parents will have to be the biggest supporters of change before anyone will truly listen to adopted people.

9) I learned I was free to create my own family

Similar to identity being a social construct, I am a big believer in ”you choose your family.” This idea is supportive of adoption but also, more importantly, supportive of freedom in adulthood. As children, we had no choice. Biological or adopted, we got what we got. Some of us won the parent lottery – others did not. The great thing about being an adult is you can create your own family any way you choose.

10) I learned about community

I saved this one for last because it is the biggest and most important lesson and blessing I have received by being adopted. When invalidation comes walking through the door, I can turn to my community of adoptees, adoptive parents and birth parents who “get it.” They are always there. All I have to do is log into one of our private groups, attend a support meeting or call a friend. I have community and that means everything to me.

Lynn Grubb is an Illinois born adoptee, and a 50-year resident of Dayton, Ohio. She is President of the Adoptee Rights Coalition, a grass roots 501(c)(4) Ohio non-profit advocating for all adoptees to have equal access to their original birth certificates. She is employed by and facilitates a kinship support group through the Presbyterian Church (PCUSA). When she is not advocating in the adoption and kinship communities, you can find her at home with her family and pets, reading a good book. She blogs at noapologiesforbeingme.blogspot.com