40 years of adoption: Fostering and adoption | Adoptive Families Association of BC

40 years of adoption: Fostering and adoption

In this series Marion Crook, author and adoptive mom, takes us on a journey through changes in adoption in BC. Here, in part three, she focuses on adoption from foster care.

Fostering and adoption: then and now

The Adoptive Families Association of BC is celebrating its 40th anniversary. This is the third in a series exploring adoption and fostering over those last 40 years. It focuses on the evolution in foster care practice since 1977.

In the late 1970s and 80s, foster parents were recruited to care for children who had been apprehended from or relinquished by their parents. Fostering was not the usual path to adoption and was seen as a temporary placement for children, but there were no time limitations on the placement.

A social worker from those days told me that "neither the judge, the district supervisor, or the social worker mentioned what the plan was for the child. We just asked for the apprehension order. No one asked how the child was doing."

It wasn’t that social workers were uncaring; many were passionate about child welfare, but the philosophy around fostering was one of physical protection of the child—children were to be rescued and protected. The social worker told me, "Permanency was not an imperative."

Many children stayed in foster care for years because there was no permanent plan, and foster parents were not seen as potential adoptive parents.

Attitudes began to change around the middle of the 1990s, when a new government came into power in BC. It reorganized social services under local community direction, with local solutions.

At this time, social workers and policy makers had more information on separation trauma, the catastrophic effects of temporary placements, and the need for a sustainable family. They started to look at the effect of the foster care system and its historical lack of permanency on the children. The new approach they developed was that foster children needed services, not warehousing.

In 1996, the new Adoption Act introduced limits on the time the child could spend in foster care, which created the need for a plan of care. The new act required that some members of the child’s community, as well as their parents, be informed of the possibility that a child would be placed outside the family. The new act continues to influence foster
care today.

In 2000, the government’s new philosophy of fiscal responsibility demanded that the child welfare services be taken from local communities and amalgamated into regions, and that expenditures be reduced by 30%. This shattered supports for foster children. Some funds were reintroduced a few years later, but much of the support was lost.

Around this time, studies in the US showed that adoption was cost-efficient in terms of government services, and attitudes toward allowing foster parents to adopt began to change. 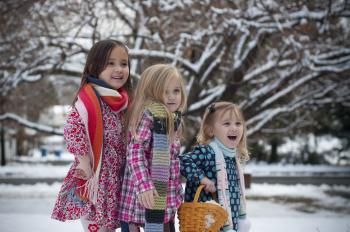 More and more emphasis began to be placed on finding permanent families for foster children. Research showed that children benefited from a permanent family even if they were adopted in their teens or as adults.

Policies changed, and more effort was put into looking for adoptive homes. Foster parents were a ready source of adoptive parents; the child was often already attached to them.

Foster care was also a practical and reliable place for adoptive parents to look to for a child. Due to effective birth control and abortion, few local newborns were available for adoption. International adoption could be expensive, and often required years of waiting. Adopting from foster care was affordable and efficient, and it became the most used path to adoption.

The children were usually within the province, had been assessed by BC social workers, and were legally and morally available—all pluses in the adoption world. Ideas about which children were "adoptable" expanded to include older, mixed race, and special needs children.

During the 2000s, more and more, Indigenous communities were also organizing to keep their children close to home. The Adoption Act of 1996 required that a child’s First Nations band or treaty nation be notified if the child was to be placed in foster care or adopted.

By 2008, two regions, Vancouver Island and Fraser, had child welfare systems independent of provincial laws. There now are 22 Delegated Aboriginal Agencies that have either established their agencies under provincial laws or are in the process of doing so.

Lack of support and resources continues to make the goal of integration difficult to achieve. One way of making the process quicker and smoother was to grant guardianship of a child to a relative or friend through the provincial courts, bypassing the adoption process. In 2014, 403 children found homes through this process.

As of 2015, 941 children were legally available for adoption from foster care in BC, but only 270 found adoptive families during that year. Permanency is the new buzzword in child welfare. Children are consulted about their plan of care more often, and social workers are supposed to take the child's best interests into account, although the choice between family preservation and child safety can be difficult.

All of this takes time. Children usually come into foster care with the plan that they will return to their parents. Today there’s more of an emphasis on the importance of making a permanent plan than there was 40 years ago. Still, it can take a long time to wade through the paperwork, get the proper orders in place, and work with all the parents—birth, foster, and adoptive—to find a home that honours the cultural, relational, legal, and situational needs of each child.

Foster parents and adoptive parents are moving together more closely today than they did in the past. Joint education sessions, social events, and ongoing discussions contribute to smoother transitions from foster care to adoption.

The new understanding of the importance and urgency of finding permanent homes for foster children is slowly gaining ground, but more resources are needed. Post-adoption supports are still inadequate for many families. Foster parents who want to adopt often struggle because they know the supports they rely on to care for their child will be reduced—often substantially—after adoption.

Children rarely come to adoptive parents from their original families; usually, they come via a temporary placement, or a series of placements. Investing more resources in foster care would give children better chances of making healthy transitions into adoption. If we support this process, it will benefit us all.