40 years of adoption: International adoption | Adoptive Families Association of BC

In this series Marion Crook, author and adoptive mom, takes us on a journey through changes in adoption in BC. Part two looks at international adoption, and part three focuses on adoption from foster care.

International adoption, then and now

International or “out of country” adoptions were rare in Canada until after World War II. They became popular as a humanitarian response to the many children orphaned or left behind by soldiers after the Korean and Vietnam Wars. In 1955, Henry and Bertha Holt successfully petitioned the US Congress to pass a law that allowed them to adopt eight children from Korea. The Holts went on to establish an orphan rescue and adoption organization, Holt International Children’s Services. From then on, adoption from overseas became increasingly popular in North America. 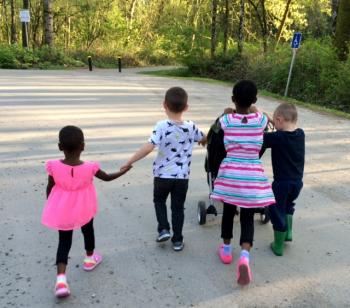 With the introduction of legal abortion and birth control in Canada in 1968 and increased acceptance of single mothers, the number of local newborns available for adoption fell. Adoptive parents began to look outside their own borders to create a family. War, famine, and natural disasters in other countries displaced children and often left them in great need. Adoptive parents, strongly motivated to open their hearts to these children, responded.

For example, in the 1970s, media coverage of China’s one-child policy, established in the late 1970s, informed Canadians of the many baby girls who were being abandoned there. A similar phenomenon occurred in the 1980s and 90s when film footage of Romanian orphanages touched the hearts of people all over the world. In both cases, many Canadian parents responded by bringing children from those countries into their lives through adoption.

Unfortunately, as with many human endeavors, the needs of both the children and the adoptive parents attracted profiteers who twisted the process. Adoptions were often either unregulated or not regulated to Canadian standards by the country of the child’s birth. Adoptive parents sometimes found themselves in difficult situations, pulled by their connection to their new child, but worried that they were unwittingly participating in something unethical or criminal in a foreign country.

In Romania, in 1991, agents roamed the hospitals and pressured parents to give up their children, snatched children from the street and from their homes, bought them from impoverished parents, or simply stole them and sold them to Western adoptive parents, most of whom had no idea of how these “orphans” were actually obtained. The Romanian government stopped foreign adoption in an effort to stop the abuses. When they reopened the adoption process, the abuses began again, and the government closed the doors to international adoption a second and final time.

Later, in Ethiopia, a series of wars orphaned many children. Adoption from that country grew in popularity from 2006 to 2011, when another war began. At the end of this war in 2012, the Ethiopian government cracked down on abuses that had become rampant in the adoption process and tried to create a more humane system. This slowed down and complicated adoptions by foreigners, and in 2015, the last Ethiopian adoption programs in Canada closed down.

In other countries, efforts to regulate adoption also ran into difficulties. If the legislation to protect children was not in place, or if too few people were designated to enforce it, the international adoption process was vulnerable to corruption. Canada wasn’t immune either. Few regulations governed the private agencies that handled international adoptions. Some of these agencies acted ethically and reliably for years; some did not.

The Hague Convention on Protection of Children and Co-operation in Respect of Intercountry Adoption was developed by The Hague Convention on Private International Law to combat the abduction, sale, and trafficking of children, and to ensure adoptions were regulated. It was a cooperative and strong attempt to protect the vulnerable children from unscrupulous profiteers. The convention was proposed in 1993. By 2012, 98 countries had signed onto it and to date 47 have ratified it, that is, have developed legislation that enforces the requirements of the Convention. Canada ratified The Hague Convention in 1997.

Once The Hague Convention becomes part of a country’s policy, the effect is usually a drastic reduction in the number of children available for foreign adoption. Before The Hague Convention, many children in countries where adoption was poorly regulated had not been morally or even legally available for adoption. After the Convention, regulations protected them, but they could be cumbersome and time consuming. The Hague Convention stresses the need for in-country homes and local support for needy children, positioning international adoption as a last resort. Years may go by while welfare worker in the child’s home country investigates domestic resources. The child can only be eligible for out of country adoption when these investigations are concluded.

Today, all adoptions in Canada are governed by regulations that comply with The Hague Convention. Better oversight in countries from which Canadians used to adopt children has resulted in fewer total international adoptions, longer wait times, and, often, children being older when adopted. In 2014, 905 children were adopted into Canada from other countries. This was a decrease from 1162 in 2012 and from 2180 in 2003. Canadians still adopt from China most often, but the process is much slower, the total number of adoptions is fewer, and most parents adopt older or special needs children rather than the healthy newborns or toddlers of the past.

In the past two years, newborn adoption from Japan has become a popular program in BC. Through this program, Japanese infants come to Canada under a transfer of care and custody provision which is not necessarily possible in other provinces. Situations like this can result in a concentration of children from one country focused around the geographical area of the adoption agency.

This doesn’t necessarily mean that there are suddenly more Japanese babies available for international adoption. It just means that a particular adoption agency here has an efficient working relationship with a Japanese agency. In addition, Japan changed its legislation in May of 2016 to encourage their populace to place children in families and not in orphanages. Government-sponsored promotion of adoption in the society has resulted in more acceptance of the concept of adoption, and may be responsible for the increase in international adoptions. Legislation can influence adoption both domestically and internationally.

Not all international adoptions happen across oceans and continents. After China, the country Canadians adopt from the most frequently is the USA. As political and racial tensions increase in that country, we may see adoptions increase in response, the same way we do when a natural disaster strikes. Because both countries are digitally savvy, prospective parents can advertise online in the hopes that American expectant parents will find them and choose them to adopt their child. For these reasons, we may see more and more Canadian parents adopting children from the USA as expectant parents in the USA look for a safe and appropriate home for their child.

Countries change or close their adoption process and new countries open theirs on a seemingly constant basis. It can be difficult and very frustrating for adoptive parents to keep up with the changes and to find a reliable pathway to adoption from another country. Some countries, such as Russia, no longer allow adoption by Canadians (in Russia’s case, it’s because our laws give equal rights to same-sex couples). Others, such as China, refuse prospective parents who are obese, have alcoholic parents or cancer in the family, or who are over 45 years old.

The regulation of Canada’s adoption agencies gives adoptive parents some assurance that, at least on our end, the process is moral and legal. To the extent that the Canadian agency investigates the conditions in the foreign country’s process and procedures, the process should also be moral and legal in that country, although it may take quite a bit longer as a result of the increased oversight. Prospective parents nowadays can wait many years—a definite change from the heyday of the 1990s, when adoptions from China or Ethiopia regularly took less than a year from start to finish.