In this series Marion Crook, author and adoptive mom, takes us on a journey through changes in adoption in BC. Part one explores local infant adoption, part two will look at international adoption, and part three will focus on adoption from foster care.

Local infant adoption is also called domestic adoption, agency adoption, and newborn adoption. Whatever you call it, it refers to situations where an expectant parent or couple chooses to make an adoption plan and places their child—usually a newborn—with a family that lives in the same province. Nowadays, birth parents are typically involved in selecting the adoptive family, and the adoption often involves some degree of ongoing contact (openness) between the birth and adoptive families. Local infant adoptions are facilitated by BC's four licensed adoption agencies (except in the case of relative adoptions), but that wasn't always the case. A lot has changed over the years. 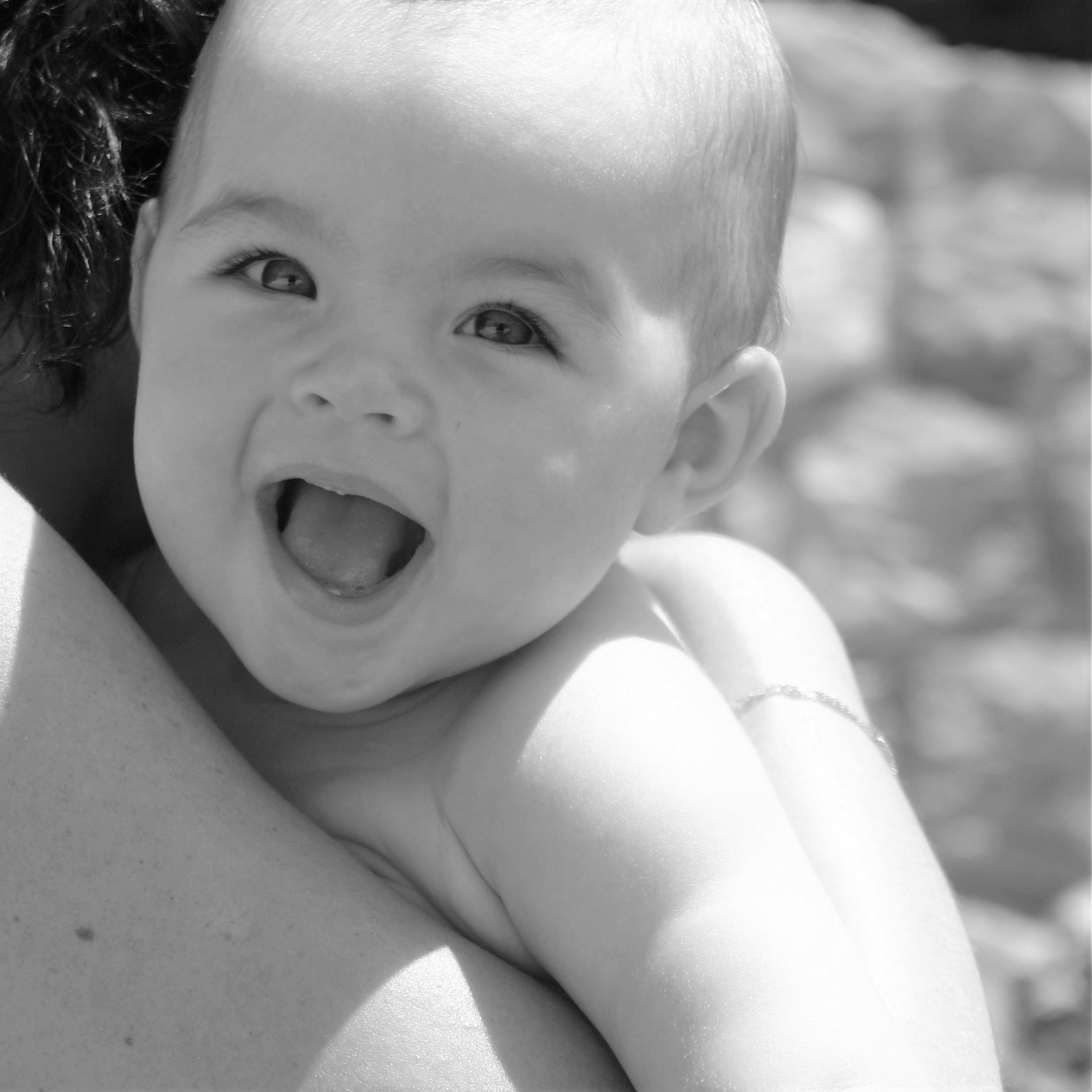 Forty years ago, families who wanted to adopt a baby locally had several options. Some birth mothers placed their babies privately, with no government supervision, while kinship adoptions were usually handled entirely by a lawyer. Indigenous families could use custom adoptions, which were private arrangements between the birth and adoptive families. Social agencies rarely allowed foster parents to adopt their foster children. For the most part, though, Catholic families adopted babies through Catholic Charities Services, while non-Catholic families used The Children's Aid Society in Vancouver and Victoria and the government human resources agencies in the rest of the province.

1967 When my husband and I decided to adopt a baby, we simply applied to the government's human resources office in our small town. We had one interview and were put on a waiting list. Nine months later, the social worker called to say we had a baby. In 1972, we waited a year for our second baby. It all seemed fairly straightforward. I now realize we were incredibly naïve about adoption.

20 years later, in 1992, I spoke with a social worker from Newfoundland who told me about a birth mother who was an atheist. She wanted to identify her baby as an atheist too, but there wasn’t a box to check for that. The child had to be Protestant or Catholic. It’s hard to believe, but that’s how constrained agencies were just 25 years ago.

Around this time, the legalization of birth control and abortion meant that fewer newborns were available for adoption. Adoptive parents suddenly began to find it difficult to create their family. Support networks such as Adoptive Parents Association, which began forty years ago and is now the Adoptive Families Association of BC, became important sources of information for those parents.

1972 When we adopted our second baby, a Gitxsan boy, closed adoptions were common. Social workers still usually tried to match adoptees to adoptive parents based on their appearance. The government and social workers defended this, but the truth is that the only “benefit” of this policy was to make it easier to try to hide the child’s adoption. I came to realize that it was important for children to have knowledge of their birth families, but I wasn’t able to find my sons’ birth mothers then.

Around this time, the government created Resource Boards and all adoptions were handled by government workers.

1973 The rights of Indigenous children came to the forefront when the provincial government put a moratorium on the adoption of First Nations children. This was done in order to investigate the abuses of the Sixties Scoop, which was the practice of removing large numbers of Aboriginal children from their homes and placing them in non-aboriginal homes, such as mine.

The number of newborns available for adoption continued to decrease during this decade, leading to more changes. Prospective parents began to look for help in finding infants to adopt, both domestically and overseas. Adoption agencies evolved to provide this assistance, and over time, they began to handle most local infant adoptions. These agencies took on the costs associated with adoption and, naturally, passed them on to the adoptive parents, so this type of adoption started to become more expensive for prospective parents. Several legal improvements also came about during the 80s. Custom adoption by Indigenous people was recognized as a right under the 1982 Constitution Act 39.

Single women were now considered appropriate adoptive parents, usually for hard to place children. LBGTQ couples, however, were still not allowed to adopt,

Government agencies continued to keep closed records of adoptions. Private organizations such as the Canadian Adoptee Reform Association helped adoptees work around this and find their birth parents.

1985 As my boys moved into their teens, I was confused about what they needed. I took on a project to find out what teens thought about adoption. I found out that the identity of adoptees was vital to their mental and emotional health. I soon found others were convinced of this, too: more books aimed at educating adoptive parents and social agencies followed. This increase in awareness was a slow process in the days before the Internet.

By this time it had become evident that the adoption agencies that now handled most of BC's infant adoptions were inadequately regulated. To remedy this, the government began the work of creating a new Adoption Act.

1993 Nancy Verrier published The Primal Wound, a ground-breaking book on separation trauma. It rapidly gained a foothold in the world of adoption. Verrier shed light on aspects of birth trauma in a way that led to more understanding of the need for close contact between birth parents and adoptive parents. This need to connect with each other for the sake of the children became more credible as further research supported it.

1996 The new Adoption Act came into effect in November of this year. Greater acceptance of diversity had created a more understanding climate for the LBGTQ community, and prospective LBGTQ adoptive parents were able to cite research that showed they were better-than-average parents. Finally, under the Adoption Act, it became possible for them to adopt in BC.

1997–2000 One of the biggest influences on openness and connection was the Internet. Adoptive parents were no longer the gatekeepers of information; adoptees and birth parents could use search sites to find each other and connect.

Today, very few newborns are adopted each year in BC—just thirty in the last year, far fewer than forty years ago. The cost of adoption has increased greatly. In 1972, we paid our lawyer $100. That was the total cost of the adoption. Now, a similar adoption costs between $10,000 and $25,000.

All adoptions today (except for kinship and relative adoptions) must be facilitated by a government approved non-profit agency, but it’s common for prospective parents to reach out to birth mothers via the Internet. Prospective parents also typically design, produce, and promote sophisticated profiles online in the hopes a birth mother somewhere will find them attractive.

During the last forty years, counsellors, researchers, adoptive parents, birth parents, and adoptees have come to realize the importance of identity and its relation to culture and race. Rather than trying to hide the fact of adoption, today’s families accept it, discuss it, and are aware it influences us all.

Now that computers, tablets, and smartphones are commonplace, Internet support groups, blog sites, chat rooms, webinars, and other online adoption resources are everywhere.
Forty years ago, most adoptive families kept their stories private (and sometimes secret), and had little contact with other adoptive families. By comparison, the world of 21st century adoptive families is vast.

Today, adoptive parents can talk to each other online through all stages of their journey. They can ask questions, find counsellors, and introduce their children to their birth cultures. They can participate in events—a quick look at AFABC’s website shows six events in the next month alone. They can enroll their children in summer camps where they can meet other adopted children and talk about their feelings without worrying that they’re somehow being disloyal to their adoptive parents.

Adopted people can involve themselves with their culture, and if possible, with their birth family, and they have access to a large and supportive community of other adoptees.
Canadian society has evolved into a more accepting and honest community for everyone in the extended family of adoption.

Marion Crook is the author of Thicker Than Blood: Adoptive Parenting in the Modern World and The Face in the Mirror: Teenagers and Adoption (both from Arsenal Pulp Press).