Adopted Voice: It's not about gratitude | Adoptive Families Association of BC

Adopted Voice: It's not about gratitude

Prior to my adoption, I lived in Tennessee with my birth mother (in utero) and then spent one year in foster care. Doctors’ assessments of my potential medical issues deterred black families from adopting me, so a white couple with experience parenting children with special needs was selected. I moved across the country to the most northwestern corner of the United States and joined what would become a family of seven adopted and biological children. All of us varied in our racial makeup, ethnic background, cultural affiliations, and physical capabilities. 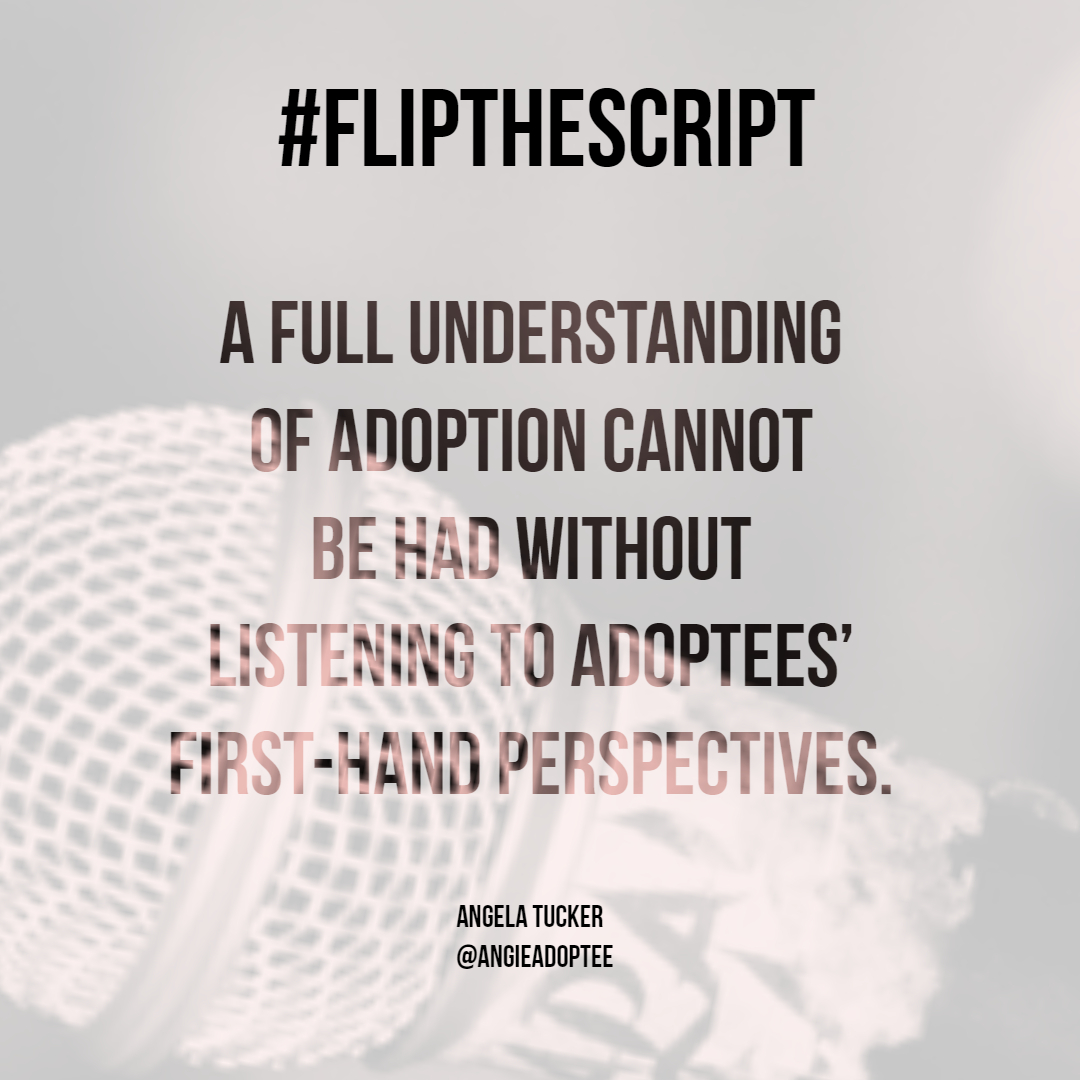 I am grateful to have been adopted, but I’m also incredibly sad. I am grateful to have lived a very full life so far. I learned to play the cello and piano, participated competitively in sports of my choosing, modeled in some commercials, completed my undergraduate degree, and travelled a little. I developed a love of learning and reading, typically not straying too far from topics having to do with the psychology of human interaction or human behaviour. I have been blessed with opportunity.

Growing up in a family with a bunch of siblings can be challenging. Add various ethnicities and multiple medical diagnoses and psychological labels to the mix and it becomes “interesting.” I learned to expect our unusual family would be stared at. Some people stared out of curiosity, while a few stared out of fear. Some stared in awe at my parents’ undertaking. Others stared because they simply wanted to get to know or understand us. I learned the art of kindly deflecting inappropriate statements directed at my unique family.

Dreaming about my story

My privileged childhood was jam-packed with daily activities, but I still found time to wonder about my birth mother and her story. Who was she? What would life have been like had she been able to raise me? Would I have learned the piano or played collegiate basketball? My parents willingly indulged these conversations. They always shared everything they knew about my birth from redacted hospital records and haphazardly written social work reports. They encouraged me to write letters to my foster family, joined me in my fantasies about which African-American celebrities could possibly be my birth parents, and so on. However, this wasn’t enough

At that time, the law prevented adoptees in closed adoptions from searching for birth parents until turning 18. My curiosity wouldn’t wait until 18, so I had to quench it in other ways. Even though I knew my birth mother probably lived in a completely different state, I would look through the county phone book, hoping a name would jump out at me and I’d automatically know it was hers. In high school I wrote a letter, hoping that it would magically make its way in to her hands (it didn’t). I needed to at least try to find concrete answers.

Dear Ms. Deborah,
There are some things I have always wanted to say to you.
I think the world of you.
I admire your ability to go through with an undesired pregnancy, especially without any help, doctors, books, or guidance. I am amazed by your courage and foresight in knowing that keeping your pregnancy a secret was the best choice for yourself, and for me. I want to thank you for thinking ahead enough to find an adoption agency to place me in a home. I don’t know many people who are as selfless as you, who have the strength to carry a baby to term, walk in to the hospital alone and in labor, and walk out of the hospital alone and empty-handed.
Thank you for reading,
Angela

Although this letter contains my heartfelt teenage truths, there was quite a bit that was omitted. In hindsight, I am aware that this letter was essentially an advertisement to my birth mother: carefully written, purposefully short in length, and crafted with strategic emphasis on societally accepted themes. I was afraid a more honest letter might sound angry and deter a response.

What I didn’t say

If I hadn’t been trying so hard to write a letter that would please this woman with whom I’d felt a strong connection, I might have written about the sadness I still feel in knowing that there weren’t any hospital flower deliveries, pointlessly gendered pink balloons, or other trinkets that are so often a part of the celebration of new life.

If I had been able to write a more truthful letter, I would’ve written about the tragedy that my birth mother was not given the proper counsel and professional support that she so obviously needed during and after my birth. If this letter had made its ways into her hands, I could’ve learned that my wording in the letter was incorrect. Her pregnancy with me was not undesired, but rather unplanned. Since our reunion, my birth mother has expressed that she has a hard time imagining me as a grown adult; she says, “I keep searching for my baby! Where is she?”
Forever etched in my birth mother’s mind is an image of that newborn baby, and forever etched in my subconscious memories are feelings of unresolved loss. Trauma has a way of keeping us stuck in the moment the pain occurred. I am saddened society refused to step up during my birth mother’s time of great need. So often, I hear messages of gratitude and thanks for birth parents, similar to the sentiments I stated in my original letter. But I also know that too often, these words are only lip service.

In November 2014 (National Adoption Month), I participated in the #FlipTheScript social media movement. The successful campaign, created by the adoptee-centric website The Lost Daughters, allowed adoptee voices to hold a prominent space in the discourse. Adoptive parents are overwhelmingly represented in adoption dialogue, laws, and public perception, and oftentimes adoptive parents unwittingly direct their own children’s narratives. A full understanding and education about adoption cannot be had without listening to adoptees’ first-hand perspectives of what it means to be adopted.

Many adult adoptees with whom I’ve spoken report feeling that society expects perpetual, uncomplicated gratefulness from them. But even though our childhoods and adulthoods may have been stable, positive and joyful, we adoptees may also still experience a pervasive longing to know our personal histories and/or return to our primal environment. I don’t believe adoptees want to reject or disown our adoptive parents; rather, we want to understand the losses our youngest selves faced.

In Being Adopted: The Lifelong Search For Self, Dr. David Brodzinksy states “The loss for the adoptee is unlike other losses we have come to expect in a lifetime, such as death and divorce. Adoption is more pervasive, less socially recognized, and more profound.” Having attorneys, doctors and social workers making major life choices for us invariably lends itself to feeling a lack of control. Adoptive parents may find that supporting primal losses aids adoptees in developing more holistic and healthy identities.

I echo Alex Haley’s quote: “In all of us there is a hunger, marrow deep, to know our heritage – to know who we are and where we came from. Without this enriching knowledge, there is a hollow yearning. No matter what our attainments in life, there is still a vacuum, an emptiness, and the most disquieting loneliness.”

Angela Tucker is a trans-racial adoptee, adopted from foster care. She recently reunited with some of her birth relatives, and is still actively searching for another birth sister as chronicled in the documentary Closure. Angela is a columnist and editor for The Lost Daughters and her personal blog The Adopted Life. She has been featured on BBC World Have Your Say, and has written for Christianity Today.