I remember the noise the most. Car engines idled noxious gasses into the air; heavy footsteps snapped across well-worn concrete. The delicious yet unfamiliar smells of Asian street food filled my nostrils. I stood close to my parents, at the edge of a street corner. Together, we gazed across the road to a building. Above its doorway was a sign filled with undecipherable Chinese lettering. Despite the language barrier, we all knew it what it said. Hospital.

My mother had told me many times how I was adopted from China, and how she had held me for the fourteen-hour plane ride back to Canada. Now I was twelve, and here we stood, halfway across this vast planet; in my place of birth. But it was all too difficult to process.

I remember turning to look at my mother, and then back to the women on the street, wondering if each was my biological mother. If she noticed me standing here, would she know who I was? Would she recognize me? I looked again and again between the dark-haired, brown-eyed people, and the blond-haired, blue-eyed woman who had watched me begin to walk and talk, who had clothed me and loved me my entire life. I felt tugged in two different directions.

The orphanage and the hospital 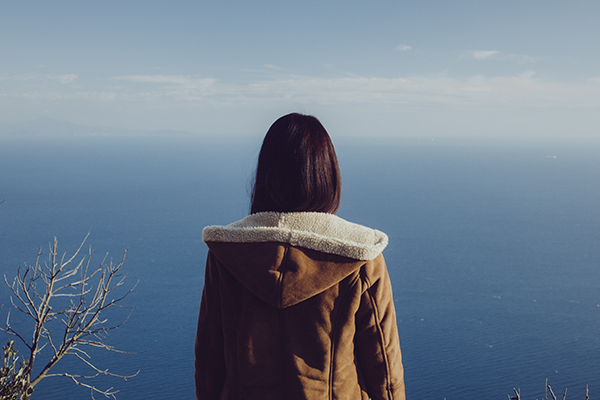 The light turned, and we crossed the dusty, busy street to the hospital, pushing through throngs of anonymous, Asian men and women. Waiting outside as our guide looked for answers behind the sterile, glass-paned doors, I recalled the story I had heard so many times from my mother’s lips. You were found by the hospital gates. What else did the people at this hospital know about me? What else might they know about my birth mother? I fidgeted, wondering what our guide would learn. What if she’s dead? What if she never cared about me? Finally, after what seemed like an eternity, our guide came back, empty-handed. I felt disappointed, but also strangely relieved.

The next day we visited the place where I had spent the first ten months of my life. You were transferred to an orphanage, where nurses took care of you and fed you. I had often pictured that orphanage. With a visionary mindset and partly fabricated, changeable memories, it wasn’t hard.

Long rows of cribs under dingy lights, where nurses in their white clothing moved among the babies like black-haired wraiths.

When we arrived, we were given a tour. It was different than I’d expected. Everything was surprisingly cozy and comfortable looking, with a playground and education rooms and shelves lined with unreadable rows of children’s books. You were brought to us last, out of the entire adoption group, and given to us a day late. We weren’t told why we hadn’t been given our baby. The rest of the story hurtled toward me. I remember holding you, looking into your eyes for the first time. We sat with an orphanage official at a round table. She opened a file and showed us some documents. Through a translator, she told us that I was found with baby food and a bottle.

Baby food and a bottle; that didn’t seem so remarkable. I didn’t understand the gravity of those items until it was time for us to leave. My mother had to explain. “She wouldn’t have left you with food unless she cared about you. This probably means she loved you, and didn’t want to abandon you.” I thought long and hard about that.

The next day we got on the plane and flew for fourteen hours to Vancouver. You cried a bit, but were mostly quiet, looking around. I had cried countless times since that first plane ride, and had overcome numerous obstacles. Heading back to Canada for the second time in my life, I had no answers, yet I did have deeper understanding.

Those few days spent in my biological mother’s arms were precious, but—I realized—foreign. They were not nearly as important as my first word, or my first few steps. I would stumble and fall, but always get back up, and I had my adoptive parents to look to for supporting me in those pivotal, sometimes life-changing moments. I buckled my seatbelt and prepared for the ride, pensive, amidst crying babies, hungry teenagers, and sleeping grownups, speeding towards unknown epiphanies.

LJ Weisberg was born in Hangzhou, China, and was adopted and brought to Canada when they were10 months old. They live in Kingston, Ontario, with their parents and their Siamese cat Max. LJ has been writing since they were 6 years old. They have been published three times, including in this magazine. LJ is very excited to share their experiences about adoption through their writing. This is their first memoir.

An earlier version of this piece was a finalist in the 2015 Kingston WritersFest TeensWrite! contest.