Adoptees and suicide risk | Adoptive Families Association of BC

Adoptees are four times more likely to attempt suicide than non-adoptees. There’s no easy way to talk about this topic, but talk about it we must.

As the adoptive mom of four young adults—two sons adopted as babies and twin daughters adopted at 6 years old—I know what joy adoption can bring. I also know that adoption is complex and can be filled with as much loss as love. It’s hard to think that our children may struggle with grief, depression, anxiety, and trauma, to say nothing of suicide. We hope that our kids won’t face these struggles, but we need to be prepared and proactive if they do. Your child’s life could be at stake.

Thinking about the unthinkable

Here are a couple of tough statistics: According to a study published by the Canadian Paediatric Society, suicide is the second most common cause of death among Canadian adolescents: 25% of all deaths of youths age 15-19  in 2011 were by suicide. A second study published in 2013 in the journal Pediatrics found that adoptees are ~4 times more likely to attempt suicide than non-adoptees. Out of the 1165 study participants, which included 657 adopted and 508 non-adopted adolescents ranging in age from 13 to 17 at the start of the study, 56 young people reported that they had attempted suicide. Of those 56 individuals, 47 were adoptees.

Why are adoptees at such risk for suicide? Here are a few reasons.

Adoption is a trauma

I’ve known many adoptive families where the parents love their children and the children love their parents but the children still struggle with the fundamental losses inherent to adoption. We humans are biologically hardwired to depend on our mothers for survival. If there is an end to that basic relationship, children can suffer—even if they are infants, even if there are new, loving, overjoyed parents.

In cases where the separation is the result of neglect, abuse, or death, the trauma is intensified. Neglect and abuse are among the reasons children are placed for adoption. The American Academy of Pediatrics wrote a report called Helping Foster and Adoptive Families Cope with Trauma, a helpful guide to share with paediatricians and other caregivers.

Grief and trauma may not emerge in obvious or predictable ways. Some adoptees may have minimal struggles. Others struggle for a lifetime. Being open to talking about the losses in adoption, as well as the joys, is vital. 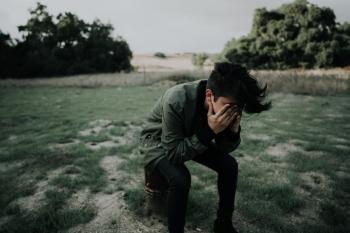 Many adoptees do not know their full medical histories, which might include depression and other illnesses. This means that neither they nor their adoptive parents have a complete picture of their genetic background or family history of inheritable conditions. International adoptees often have no medical histories available to them at all, especially in cases of abandonment.

Knowledge of one’s medical and mental health history could be a matter of life and death. A family history of depression or other mental illnesses, for example, could encourage preventative interventions and treatment.

Increasing numbers of adoptees are locating birth/first families through internet and other searches. Many are using DNA testing. Sometimes that information is unavailable, though, or comes too late.

As a community, we need to insist that adoptees have access to full and accurate information about their own histories. In the meantime, we need to be aware of symptoms of mental illness, promote healthy communication, and have access to mental health resources.

Adoptees are often expected to be happy and grateful. That can be a heavy burden at times. They don’t want to seem ungrateful, though the issue of gratitude in adoption is complex.

When adoptees experience depression, especially related to adoption, they may be reluctant or afraid to tell their adoptive parents. Acting out is a normal part of  the turbulence of adolescence. Sometimes, though, it can be the result of known or unknown trauma, or of undiagnosed depression.

Adoptees can struggle with racial isolation

Transracial and international adoptees can face race-based crises of identity as they grow up. They may well be deeply loved by their white parents, but if the children have no racial mirrors (people who look like them) they can feel confused about their racial identity. If they have no cultural mentors (people who are from the same country and culture as them) they can feel isolated and inadequate.

Bullying and cyberbullying are terrible realities. Their impact can be even more searing for adopted children, when the bullying is based on adoption, on race, on country of origin, or on all of those. That cute little toddler who was always embraced by your community may grow up to be a 6-foot-tall black man that people cross the street to avoid. That sweet little girl you adore may go out into the world and be called racial slurs, or be mocked for her hair or her eyes.

Some adoptees seemingly feel no impact from the trauma of separation. Some, however, struggle with trust issues throughout their lives, and have a hard time beginning or ending relationships. Some are challenged with depression, anxiety, and more. I want to stress this point: There is a spectrum of resilience among adopted people. The spectrum, however, does not negate the need for awareness of suicide prevention. Adoptive families need to be aware of the potential difficulties, to be open to thoughtful communication, and to obtain effective, timely services.

Maureen McCauley is a writer, editor, and artist living in Seattle. She spent many years involved with adoption professionally, and is the adoptive mom of four via infant adoption, older child adoption, transracial adoption, US adoption, and international adoption. She writes the adoption-focused blog Light of Day Stories (www.lightofdaystories.com) and is the co-editor of an anthology of essays by Ethiopian adoptees, Lions Roaring, Far From Home.