The big why | Adoptive Families Association of BC

My five-year-old son, Victor, has known his birth parents his entire life, and he’s met all of his birth aunts, uncles and grandparents.

We go to adoption gatherings and meetups, and he knows umpteen kids who were adopted. We talk about  adoption, we read about adoption, and we stand out as an adoptive family. Sometimes, I feel like we are adoption.  The problem is we’ve done such a great job of normalizing adoption that Victor thinks all kids were adopted.

This came to light while reading I’m Adopted, a children’s book that explains adoption in simple terms through  photos and text. I always ask Victor which of the kids in the book look like his friends or have similar situations. He’ll point to a girl and say, “That’s like Sophia,” and we’ll talk a bit about her experience joining her family. He gets to see that he’s not the only one who was adopted, that all experiences are different, and that he has peers and a real community.

Why wasn’t he adopted? 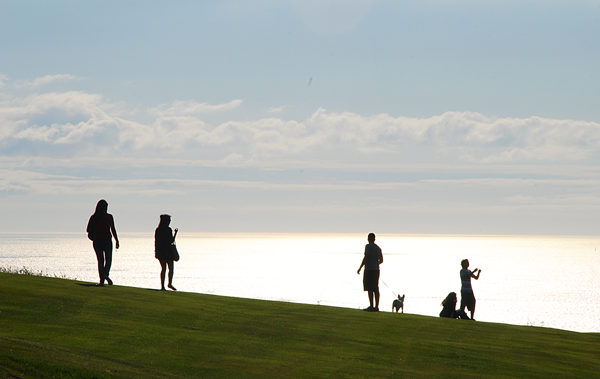 Recently, he noted that one of the kids in the book looks like his friend Kris. I asked him if Kris was adopted  (knowing that he wasn’t). Victor said “Yes.” I raised my eyebrows, and said, “No, actually, Kris wasn’t adopted.” Victor looked at me long and hard and said, “Why? Why wasn’t he adopted?”

We’ve talked to Victor a lot about how he entered our family: how we all slept in the living room that first night  because of a suffocatingly hot, record-breaking heat wave; how he took the bottle right away; how he went through a record amount of diapers; how cute he was, and how happy we were to finally be a family with a child to hold and to love.

My own feelings and memories are always there lurking in the back of my mind, though: how we witnessed his  birth mother sobbing on the hospital bed the day we went to pick him up; how it felt like the worst kind of torture; how that memory still brings me to my knees; how we relived the grief during the first visits with his birth family; and how we watched them struggle to come to terms with one of the most difficult decisions a person can make.

All the (wrong) answers

I hadn’t ever anticipated needing to explain why some kids live with their biological families. This is the societal norm; we adoptive families are the exception. Somehow, though, we’d managed to normalize adoption to such an extent that he thinks all kids were adopted. This question is really the flip side of the big adoption question, which is “Why was I adopted?”

Luckily, Victor was bored by then and moved on to other pressing issues, like which zombies are the most  powerful and which snakes are the fastest.

Books to the rescue—sort of

Although Victor seemed unscathed, his question preyed on me, and I wanted to strike the right chord the next time he mentioned it. I looked through our book collection, and found How I was Adopted by Joanna Cole. We read the story, which is narrated by a little girl. “Many children stay with the women who gave birth to them,” she explains. “Some children do not. Some children need to be adopted the way Mommy and Daddy adopted me.”  Victor liked the book and seemed satisfied with the explanation. Phew.

A few days later, I told my husband that Victor thought his all his friends were adopted. Victor looked at us  quizzically. “Mom,” he said. “What does adopted mean?”

Apparently it means we still have more work to do.