Each year, approximately 15 of Moomba’s 40 campers are adoptees or foster kids! 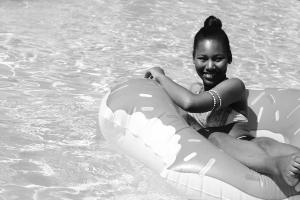 One of Chown’s favourite camp memories involves a game called “Move your butt.” The campers sit on chairs in a circle, except for one who stands in the centre and says “Move your butt if ___(something true about themselves)__.” If the statement is true for any other campers, they have to get up and move to a different chair; the last person standing goes to the centre and makes the next “Move your butt” statement.

Registration for Camp Moomba’s summer session opens in May. First-time campers should send an email inquiry to moomba@youthco.org, or connect with them on Facebook at www.facebook.com/campmoomba.