Everyone has a story: Meet the Akhavan family | Adoptive Families Association of BC

Everyone has a story: Meet the Akhavan family

When the Akhavan family's two biological children were grown and getting ready to leave home, Tina and Fariman Akhavan decided they weren't ready to be empty nesters quite yet. They began their adoption journey searching for a sibling group through international adoption. After years of waiting, and jumping through the many hoops of adoption, they found their girls. This is their adoption story. 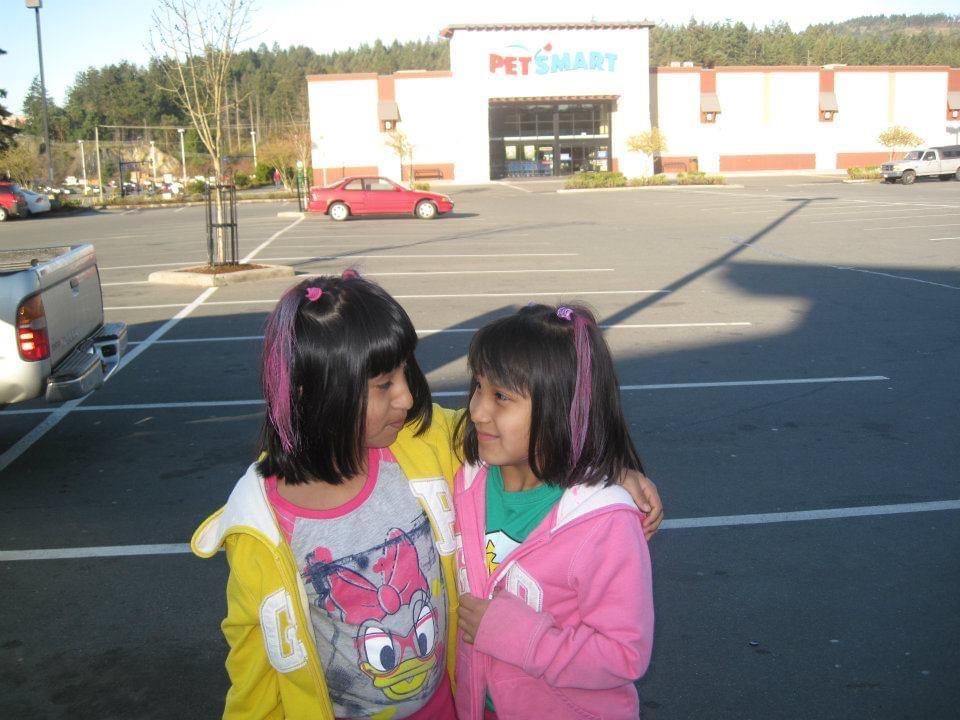 When our biological children, two boys, had grown and were starting to leave home, we realized we weren’t ready for a quiet house! We were used to a full, busy, noisy household. Something no one tells you about when your kids live home is that they take their friends with them! We were suddenly faced with a very quiet house.

I, Tina Akhavan, had always wanted a big family—I had wanted 12 kids! My husband, Fariman, was happy with two, but, to me, our family didn’t feel complete. We decided to explore adoption and approached our local adoption agency for more information. It was a long and shockingly intrusive process. Home inspections, psychological testing, and required classes were just a few of the procedures we had to go through.

We just kept the end result in mind, as well as trying to appreciate that these procedures were to safeguard the children.

We decided to adopt internationally and were told to “choose a country.” I remember thinking, “Wow! How on earth do you narrow it down to just one country?!”

We eventually settled on Peru, in South America, and started to learn the language and jump through the various hoops required in international adoption.

Although it seemed like the process took forever, we learned and grew as individuals during that time.

We had almost given up hope that we would be matched with a sibling group. In fact, we had told our agency that we couldn’t wait any longer! But then our daughters came into our lives.

I still remember the day that the phone rang, matching us with two little girls from Peru. After our rollercoaster of a ride, this felt right. The photos were terrible, the descriptions weren’t great, but it felt like it was meant to be!

Fariman had a very vivid dream about the girls just after we had accepted the match: 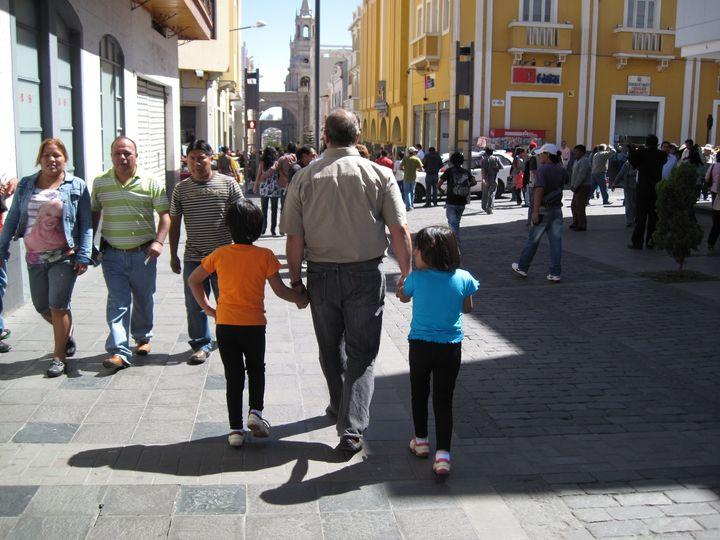 He was in the ocean, on a small boat. He approached a very big ocean liner and climbed the long ladder to the deck of the ship. As he climbed over the side, he saw two little girls. He felt such joy and recognized them immediately. He asked the girls if they knew who he was, and they said, “You are our papa!” They all laughed and hugged each other.

The dream was so vivid, and he could see the girls so clearly, even though the photographs we got from the agency were blurry.

Fariman immigrated to Canada from Iran in 1983 and I was born and raised in North Vancouver. Our blended cultures provide an international flavour to our family and our religion, the Baháʼí Faith, has provided a worldwide perspective as well.

At the time of our children’s adoption, Peru had a closed adoption policy, but we have always told our daughters to be proud of who they are and where they come from. We love their culture and have blended their native artwork into our collection. We have learned some of their local recipes from a very good cookbook, and when we asked them what their favourite food from the orphanage was, they replied “Jell-O and chocolate milk!”

Our daughters will try almost any food, and we try to expose them to cuisines from all over the world. Our youngest is now a vegetarian and we are experimenting even further and enjoying an even larger variety of foods.

Our daughters have been in Canada for over nine years now, and they have been researching their country and looking at their hometown on Google Earth. They recently used Google Translate to understand some of their previously untranslated documents.

We know they are curious to learn more about their home country, and we hope to visit within the next few years, when the COVID-19 pandemic has passed and it is safe to travel.

Our kids’ perspective on being adopted

When asked what being adopted means to them, the Akhavan children and this to say:

Positives about being adopted:

Minuses about being adopted:

One of our daughters has also said that living in the orphanage had caused her lifelong trauma and asks why we didn’t come to get her sooner.