Everyone has a story: Meet the Keno family | Adoptive Families Association of BC

Everyone has a story: Meet the Keno family

Heather always knew she would adopt. She grew up in a busy household with seven other siblings, five of them adopted. At 26 she took the plunge to adopt as a single and has never looked back. Now, with two adopted sons with Down Syndrome, Heather lives a full life. Here, we get a glimpse into her life, and she shares her experience with the adoption process, as well as some words of wisdom. 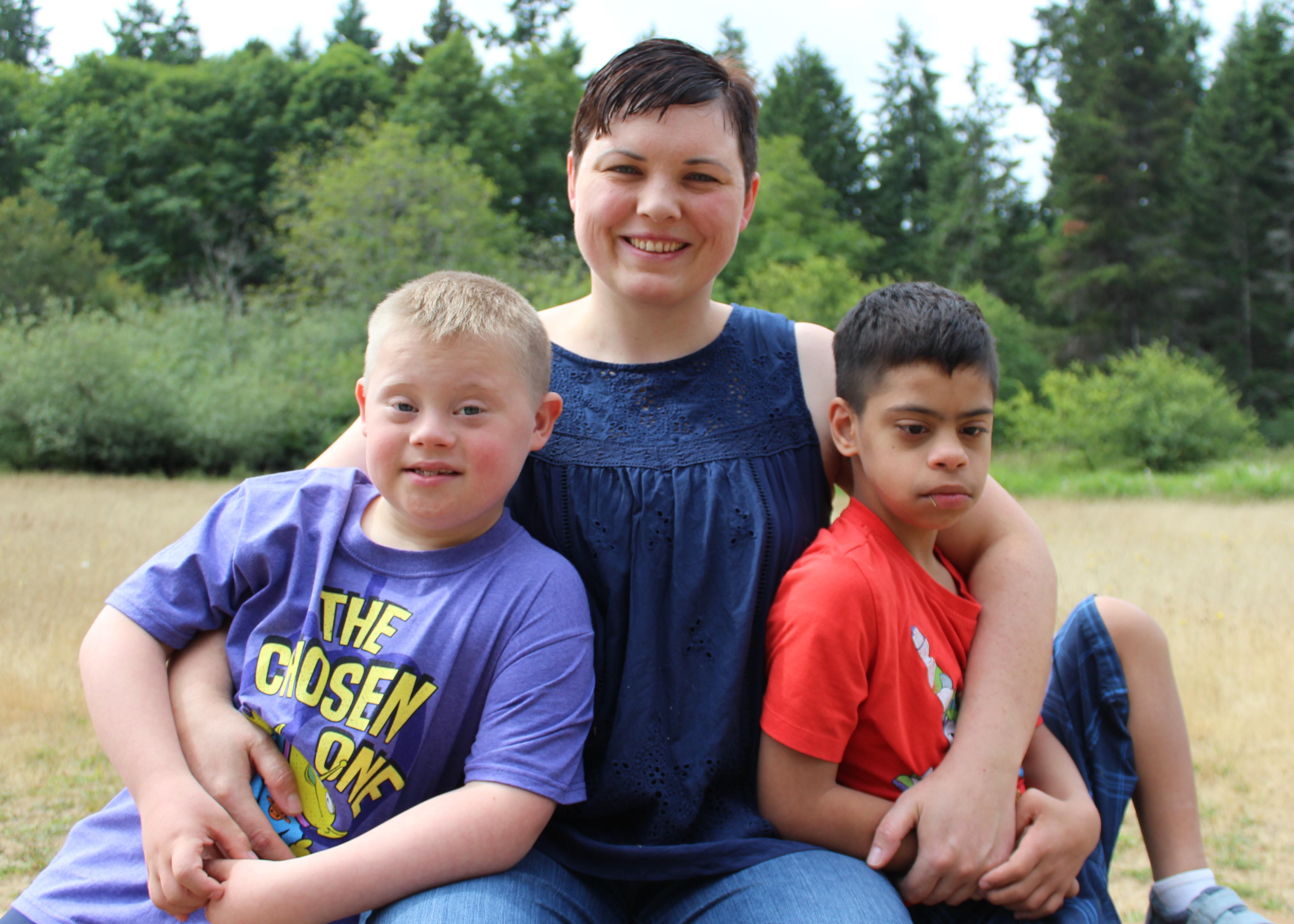 I grew up in a home with seven siblings—five of whom were adopted. Because of that experience, I knew adoption would be part of my future story as well. Although my original plan was to get married and then adopt later when I was 26 and single, I felt I had a son waiting for me somewhere in the world. I started the process to adopt that year. In 2015, my first son came home at the age of 7 and then my second son joined our family, also at the age of 7, in 2018. Both of my sons have Down Syndrome.

My sister and I live together in a six-bedroom, very kids focused, home. I adopted my sons, but she is like the other parent and plays a huge role in our lives. Two of our adult brothers with Down Syndrome have also recently moved in with us.

We are also registered foster parents but are currently just providing respite full time. We just bought an old HandyDart minibus for those days where we have a full house. 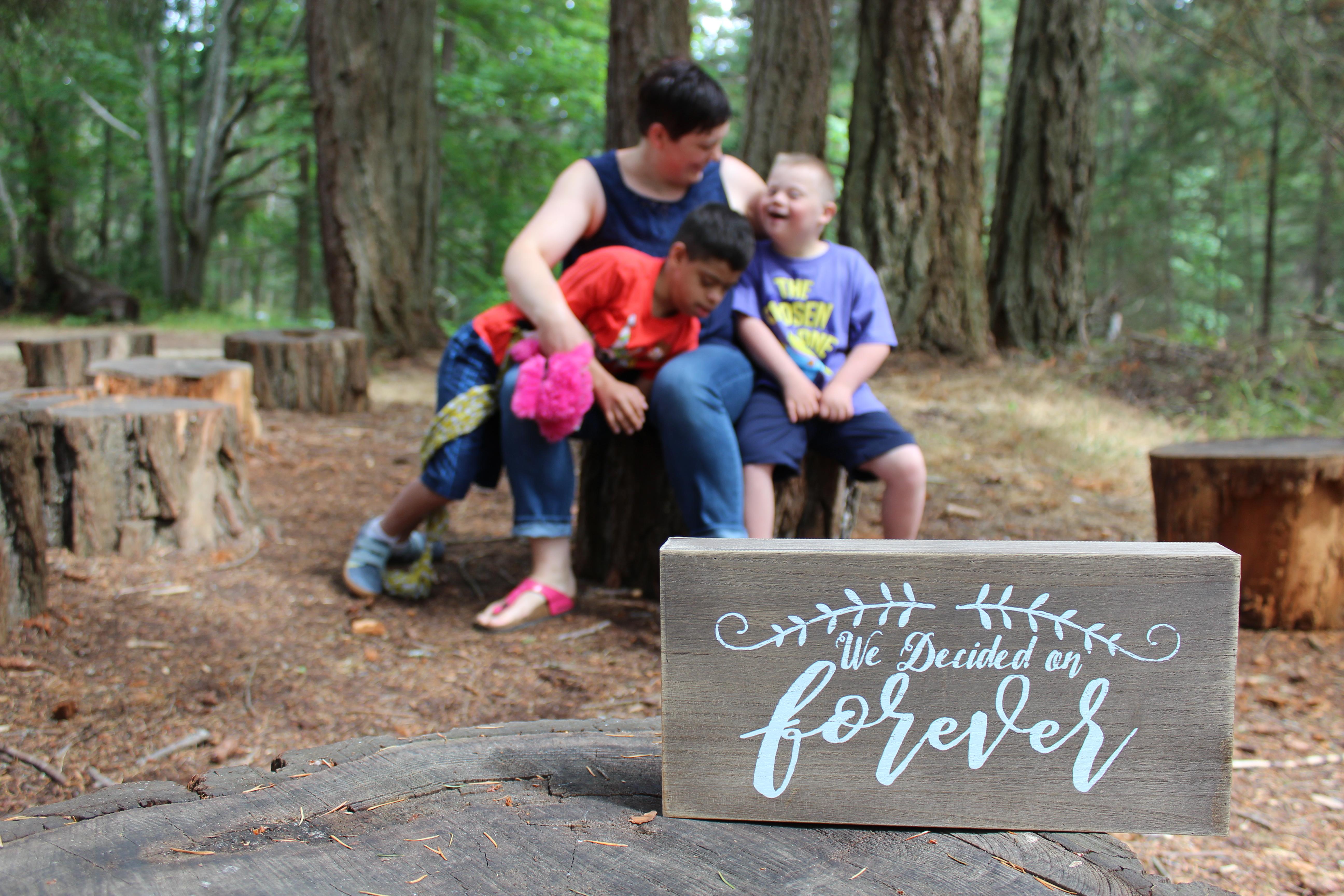 My first adoption was an international adoption from Bulgaria. I knew I wanted to adopt a son with Down Syndrome (like three of my brothers) and because I was younger and single Bulgaria was one of the only options I had. My parents had previously adopted one of my brothers from there, so it was a perfect fit. My adoption process took 17 months and four days. My son was 6 years old when I was matched with him, and 7 when I brought him home.

My second adoption came as a surprise. An adoption worker I had previously connected with called me regarding a child with Down Syndrome. She remembered that I had adopted a son with Down Syndrome and that three of my brothers also had Down Syndrome, so she wanted to know if I would consider adopting another child, this time from the MCFD Adopt BC Kids program. 11 months later, at the age of 7, my second son moved in. His adoption was complete a year after that.

Build a network of people around you who share your values and have walked the path of adoption before you. The value of having friends who have been there and get the adoption process is invaluable.

Can you tell us about one high point and one challenging point of your adoption experience? 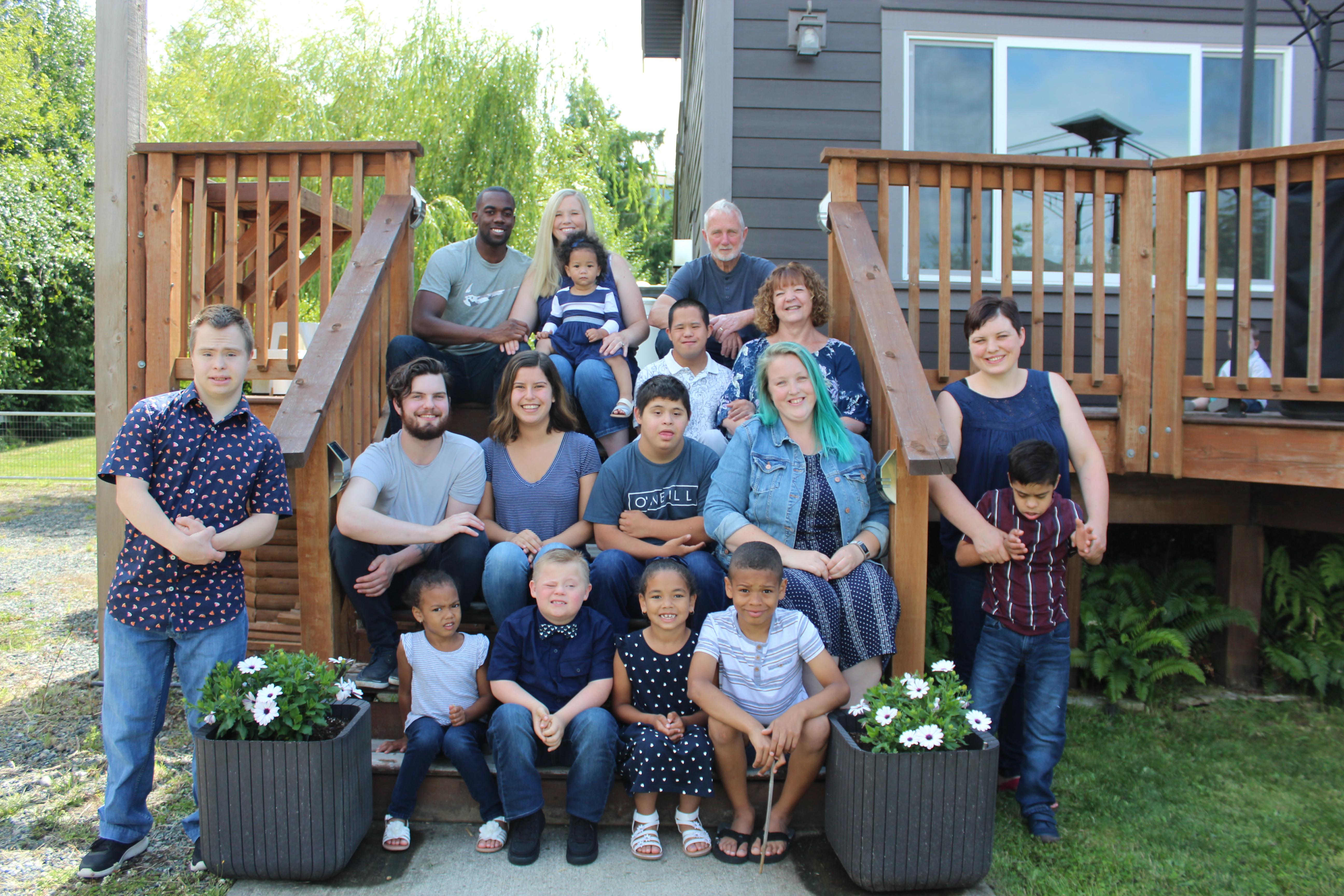 A high point was walking my oldest son out of the institution he was placed in Bulgaria for the last time, in January 2015. I was so happy to be bringing him home.

A challenging point is the reality of complex trauma in the lives of my children (especially my oldest son). It is hard watching your children live in a "flight or fight" place. It’s a place of fear, that takes time to heal.

How has AFABC made a difference to your family?

Growing up we attended a lot of events. Seeing how all the families were unique in their own way, and how they were just like us really helped—they’re not perfect but trying their best to love each other.