Everyone has a story: Meet the Milners | Adoptive Families Association of BC

Everyone has a story: Meet the Milners

As the eldest daughter in a family with 13 children, Rosaleen Milner knew all about life with many siblings. She also knew she wanted something different for her own future, something bold and adventurous. She wasn’t going to get married, and she definitely wasn’t having kids. That all changed when she met a handsome engineering student named Roger at Bible camp the summer she turned 15. A new vision started to take shape, one that would lead her on an overseas adventure, yes—but as that engineer’s wife, and the mother of their six children.

The Milners’ first child, Marion, was born while they lived in Calgary during their second year of marriage. Davina came next, just months before the family of four moved to Indonesia and then Nigeria, where their first son, Lachlan, was born.

From Africa to adoption 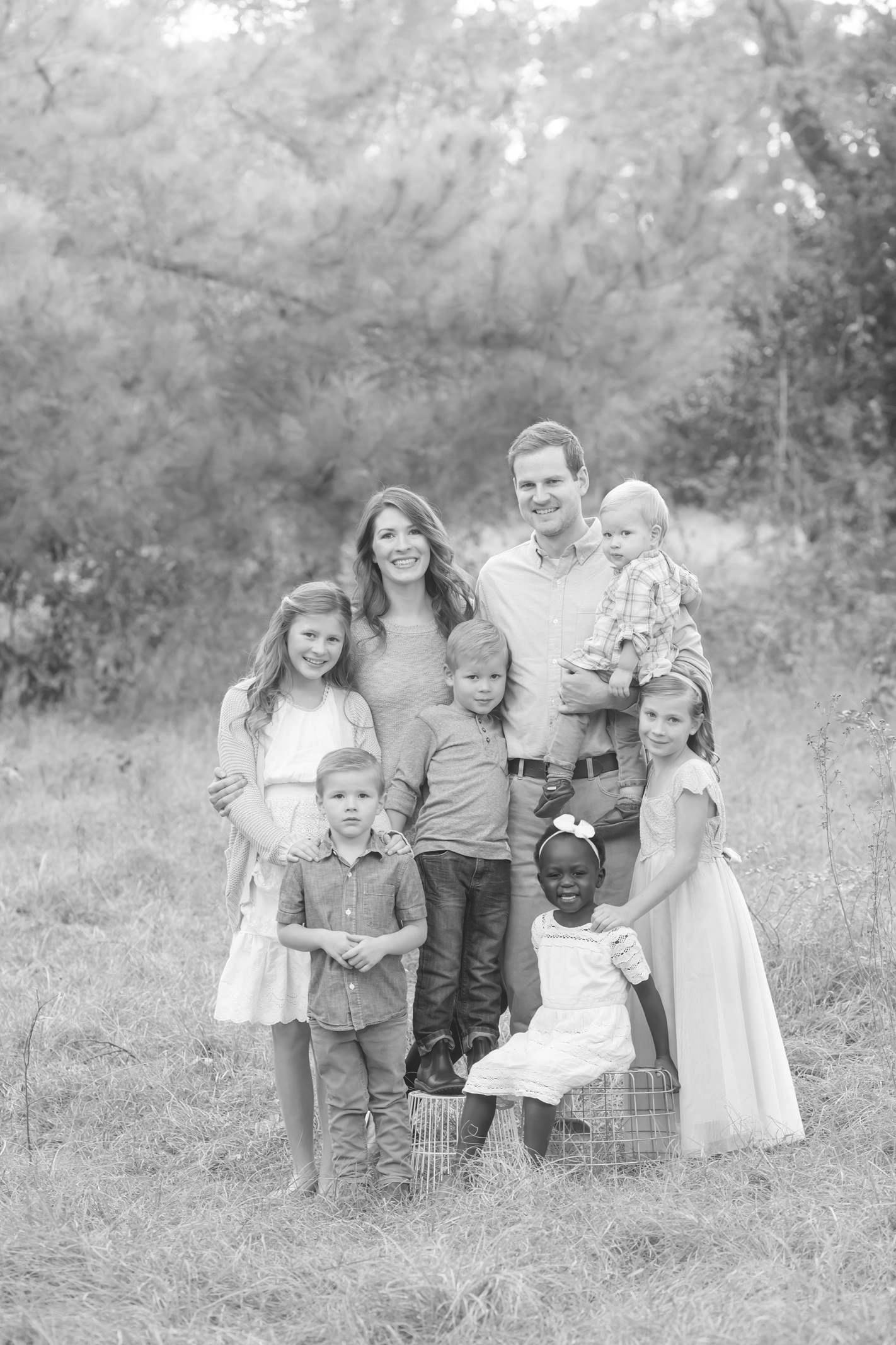 During this time, Rosaleen volunteered at an orphanage and experienced the overwhelming poverty that many West African families struggle every day to survive. She and Roger had both been interested in adoption and adoptive families since childhood. In Africa, this interest matured into a deep desire to grow their own family through adoption. They seriously considered making a Nigerian child part of their family, but timing issues and the complexities of the process put an end to that dream.

After three years, Roger’s work term in Nigeria ended and the five Milners moved back to the beautiful foothills of Alberta. With room in their hearts and their spacious new home, they began the domestic adoption process through Alberta Family Services.

Not-so-little family on the prairie

Rosaleen’s aunt and uncle had adopted a sibling group through foster care several years ago, so she and Roger were aware that many wonderful children in their own province needed families. As they worked through the application, however, Rosaleen became pregnant with their fourth son. She was already homeschooling the two older children, and the new pregnancy turned out to be extremely difficult. She and Roger began to question whether it was truly the right time for them to adopt.

After much discussion and prayer, they set the adoption paperwork aside and focused on the demands of their busy, growing family. “Adoption hung heavy on our hearts,” says Rosaleen, “but we kept that desire quiet between the two of us, tucked away for some future season. Or so we thought!”

Just as life seemed to be at its busiest, with newborn Jeriah adding to both the chaos and the joy, the opportunity to adopt literally appeared on the Milners’ doorstep—or, to be precise, the doorstep of their faith community.

“A young lady we knew through church approached us to adopt her daughter,” says Rosaleen. Such simple words for a moment that changed their life forever!

The baby in question was just three months old, born on Canada Day. Sadly, her mother had been unable to overcome her many challenges and become the safe, healthy parent she knew her daughter needed. After an intense weekend spent talking with this mother, her support workers, their own children, and each other, Roger and Rosaleen decided to go ahead with the direct placement adoption. The mother signed papers, and the stunned Milner family brought little Amaris home.

Next came a ten-day waiting period during which Amaris’s mother could revoke her consent to the adoption. “It was the longest ten days of our lives,” Rosaleen says. “Every moment we were falling more in love, stunned by the wonder of this precious daughter.” The revocation period passed, and five months later, the adoption was complete. “What a day of celebration!”

With five kids eight and under, including almost-twin babies (Jeriah is only eight months older than Amaris), life chez Milner, population: seven took on a new intensity. Roger and Rosaleen found themselves immersed in an unfamiliar kind of parenting as they struggled to help their daughter.

Neglected and traumatized both in utero, where she was exposed to alcohol and drugs, and after birth, something was clearly different about Amaris. At three months old, she behaved like a newborn. She slept for more than 20 hours per day, didn’t make noise or otherwise express her emotions or needs, and couldn’t make eye contact or focus on anything.

Amaris remained in what Rosaleen describes as “this hushed newborn place” for three weeks while her whole family gently tried to coax her to life. She spent her days in her parents’ or siblings’ arms, experiencing the world through the gentle buffer of their protection and love.

A flood of tears

Finally, “one day, she came to life,” says Rosaleen. “It was an overwhelming moment laced with so much love and joy. To see this precious baby’s eyes light up, to respond… I even delighted in her cries, which were eerily absent [during] those first weeks.”

When Amaris’s tears and screams stretched on for nights, then weeks, Roger and Rosaleen responded the only way they could: with “the unwavering commitment of our parental care.” Nine months went by, filled with their daughter’s inconsolable cries. To this day, her parents aren’t sure exactly what tormented her. “We wonder if she needed a full gestational period of letting her pain run raw,” Rosaleen says.

Settling in and standing out

That season took an exhausting toll on the entire family. They learned to protect Amaris from overstimulation by cultivating a peaceful home life (they rarely went out), a solid routine, and a nutritious diet. Two years after adopting Amaris, Rosaleen gave birth to a third son, Brennan. The family of eight recently moved to Houston, Texas, where they’re getting used to yet another new culture, climate, and community—something that’s becoming a Milner family specialty.

“Being introverted by nature, we find it hard to always stand out in public and be asked so many questions by strangers,” says Rosaleen. “Being a large and bi-racial family makes us stick out everywhere we go!”

The family’s unique qualities also offer many opportunities for learning and growth. “Everyone in our family has learned  empathy,” she says. “It’s a beautiful thing to watch each of our children extend compassion and acceptance to those who are different from them.”

With the possibility of another international move on the horizon, the Milners draw strength from the one source of earthly support they can always count on: each other. In this environment of safety and love, Amaris—whose name means “gift of God”—has continued to heal and develop.

“Watching her grow into a vibrant three year old, full of joy, capable of expressing her thoughts and emotions, following instructions with willingness, and meeting age milestones will always be one of my life’s most humbling accomplishments,” says Rosaleen. “We became healers the day we became her parents, and being entrusted with her sweet and precious life has brought such fulfilment, entwining our hearts and lives forever with love.”

Roger and Rosaleen are the delighted parents of half a dozen lively little lovelies: Marion (11), Davina (8), Lachlan (5), Jeriah (4), Amaris (3), and Brennan (1) . They won’t share their ages, because they’re far too young to be raising six kids! Born and raised on Vancouver Island, they currently live in Houson, Texas. Read their blog at www.rogerandrosaleen.blogspot.com.