Everyone has a story: Meet the Nanji family | Adoptive Families Association of BC

Everyone has a story: Meet the Nanji family

We are so happy to announce that the Nanji family are the grand prize draw winners of our 2020 Faces of Family contest! Congratulations to the Nanjis! They have won a DJI Tello Iron Man Edition Drone, generously donated by our sponsor, Broadway Camera. Visit them today for all your camera and video needs!

Zafira Nanji started her adoption journey as a single parent and spent over six years as a waiting parent before being matched with her son. Read more about Zafira’s journey, her challenges, and her family here. 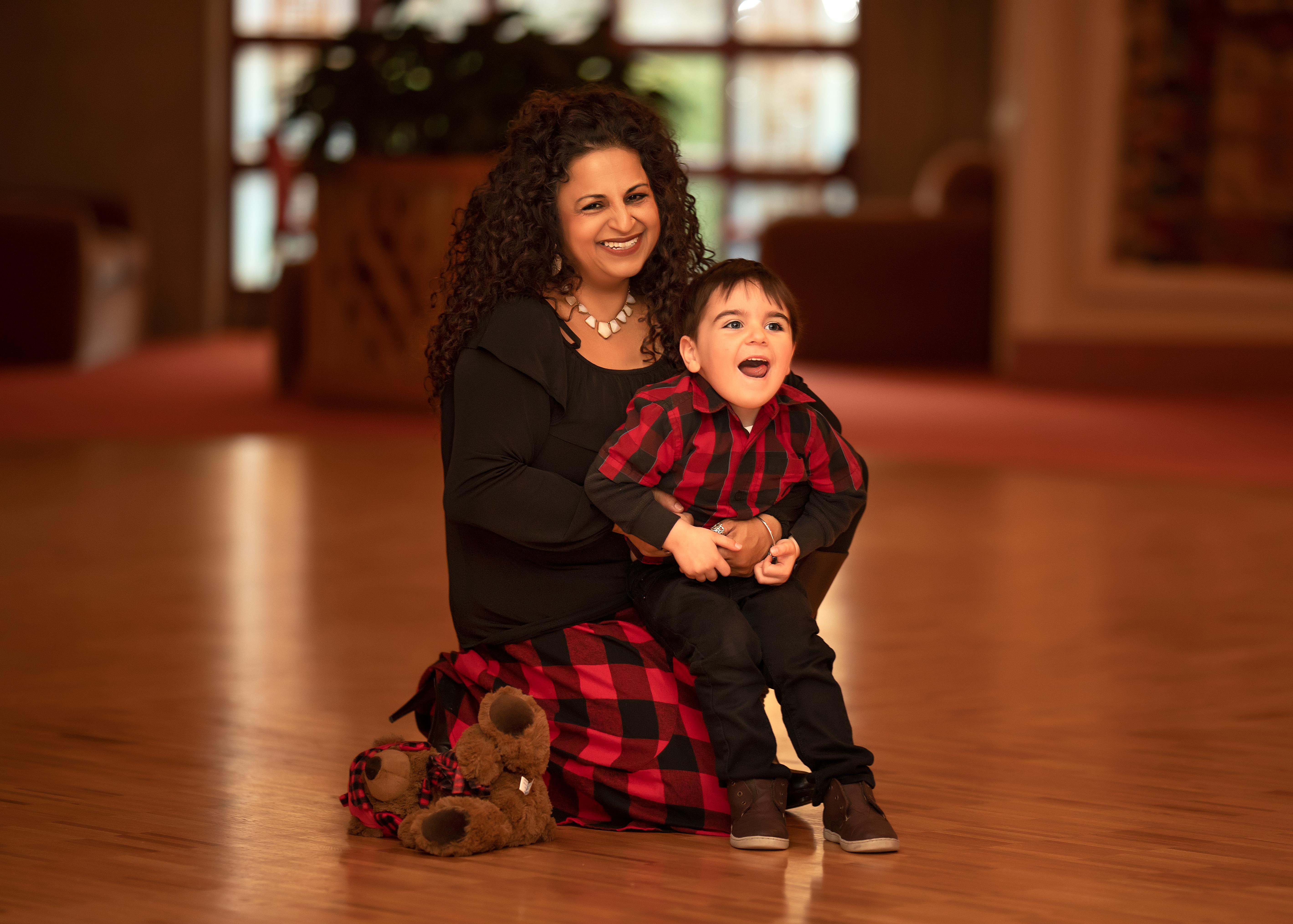 Coming from an extended family with several adopted members, Zafira Nanji was introduced to the world of adoption at an early age. When she was a young child, her parents started their own journey with international adoption. Unfortunately, due to the laws and transparency around the adoption process at the time, Zafira ’s parents decided not to pursue adopting. Everything Zafira learned about adoption showed her that she would one day grow her by adoption, by choice.

Although Zafira is now the proud mother of an energetic little four-year-old who she adopted two years ago through the Ministry of Children and Family Development (MCFD), her journey was not easy. She describes her adoption journey as “probably one of the most painful things I've ever been through.”

She began the process in 2012, starting with the Adoption Education Program (AEP). At the time, Zafira’s father was living with her, so he attended the course with her.

Shortly after, Zafira’s best friend began her own AEP journey, and it was there that Zafira was presented with the first challenge of her adoption journey. She was asked, “What happens if one of you gets a placement before the other? How will that affect your friendship?” Zafira confirms that that did happen, but it was a testament to their relationship, it didn’t affect their friendship. Throughout Zafira’s adoption journey, there were also questions around being a single parent, adopting a child of a different cultural background, and more. While it was difficult to deal with, Zafira persevered and continued her search to grow her family through adoption.

Zafira’s adoption journey began in 2012 and was long. When 2017 rolled around and she hadn’t been successfully matched with a local child, she decided to look into international adoption. Zafira soon recalled the difficulties her parents had encountered with international adoption. After a couple of meetings, she decided that it was not something she wanted to proceed with.

As fate would have it, however, just as she was ready to tell her adoption worker that it was time to close her file, Zafira was matched with a child. In 2018, after years of waiting, she finally met her son.

During the six years as a waiting parent, Zafira had found her partner—someone who was not initially mentioned in her adoption paperwork. After discussing it with her partner, Tony, and to simplify the process and bring the little one home sooner, Zafira and Tony made the tough decision to pursue the adoption with Zafira as the sole parent.

Once the file was updated, things went quickly. Zafira was able to bring her son home within weeks, shortly before his second birthday.

Unfortunately, while maintaining her status as a single parent in the adoption file expedited the adoption, it prevented the smooth introduction of her partner into her son’s life. Because he was not listed as a parent, there were restrictions around introducing him to her new son. Despite the strength of their relationship, the adoption team requested that Zafira’s partner not be introduced as “dad”, but by his first name. It was also recommended that he not be included in bonding time and additionally he was ineligible for adoption leave. As Zafira recalls: “In the beginning, my best friend spent a lot more time with my son than Tony, even though he was the father-figure in my son’s life. It is only now, almost two years after coming home, that the little one has decided to call Tony “dad.”

The importance of preparing yourself for the adoption process is key, says Zafira.

Zafira also noted that “You might think that you know what you're getting into, but you won't. Constantly up your education and your skills and your information.”

Advocating for yourself is also very important: “Whether you're a two-dad or mom family, or a one-parent family, or a family that's struggling to conceive, there are biases out there.” Zafira talks about the importance of being able to identify any biases against your situation during the adoption process and being willing to address them.

“Being patient and being able to advocate and educate,” are the key pieces of advice Zafira passes along to waiting and adoptive families.

Highs of the journey

One of the high points of Zafira’s adoption journey came before she had even met her son: “It was when I had my first meeting with the guardianship worker—so I hadn't even met my son yet. She told me that she had taken him a picture [of Zafira] and a book and read him a story explaining, ‘you have a forever mom now.’ And he took the picture of me, which was in a laminated sleeve, and he hugged it and he kissed it.

The guardianship worker gave me a picture of him looking at the picture of me.” And Zafira knew that she had found her son.

Another high point she recalls is when her son first started to talk. When he first came home, he was non-verbal. It was only days later she heard him calling “Mommy, Mommy!” from his crib in the middle of the night.

Watching her son’s developmental process has also been another joy of parenting her son. His verbal skills are now “like that of a five or six-year-old,” and how “he wants to sit down and paint, and he wants to run, and he loves his hobbies.” His development is so fun to watch—like with names: from Toe-toe to To-Mee to Tony and now Dad, recalls Zafira.

He’s also struggling with missing his teachers, family, and friends due to COVID-19 and can express it. He identifies them by name and tells you what he misses and why he loves them.

When she describes all these milestones, it is easy to tell what a strong bond Zafira and her son have grown, and how proud she is of his development.

A place for support

Throughout her journey, Zafira leaned on the support services offered by AFABC: “The staff at AFABC are really invested in the success of families. Just knowing that you have extra people in your corner is irreplaceable. You have to take the time to build relationships. I say that to new prospective parents all the time: ‘Call them. Go have a conversation. Go visit. Look at the library. Because those relationships get you through those really, really hard days.’”