Everyone has a story: Meet the Singers | Adoptive Families Association of BC

Everyone has a story: Meet the Singers

The Singer family household–-home to Leo Andriy, eight, and Jack Bogdan, six-–is full of life. And that’s an understatement.

Parents Aaron and Melissa frequently have to raise their voices to be heard over the chaos of the boys’ shouts and laughter. Born in Ukraine, Jack and Leo’s raucous exuberance and impulsive energy has defined the family’s new normal since they were adopted as toddlers four years ago.

When Aaron and Melissa, who have been married for over ten years, decided to adopt from the Ukraine, they knew they were stepping into the unknown. Typically, in an inter-country adoption, prospective parents receive a referral for a child, including information and photographs, before they travel to the child’s country. In contrast, Ukraine runs what the Singers called a “blind adoption program.” After completing their paperwork and homestudy, they waited for a year and a half for an appointment in Ukraine with adoption authorities. 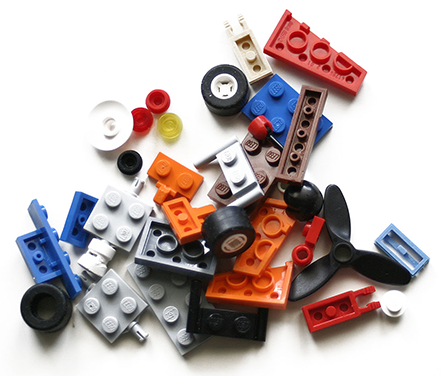 The call  finally came, but it wasn’t until they arrived at the appointment in Ukraine that they were finally told about a little boy who had been selected for them to adopt. The Singers travelled on a night train to the Russian border to see the little boy. “It was not a very nice journey,” says Aaron. Sadly, the boy was very sick, and the Singers chose not to adopt him, a decision they describe as “heartbreaking.” They travelled back to Kiev, worried they would have to
return to Canada without a child. Being in the Ukraine just before Christmas created a time crunch for their next appointment.

Instead, they learned about two biological brothers who were available for adoption, and arranged to meet them. That was when their whirlwind truly began.

“We saw them, and we had 20 minutes to decide,” says Aaron. “We had ten minutes with Jack and ten minutes  with Leo, and as we were walking out of the building, a fellow facilitator was on his cell phone saying ‘Yes or no?’ It had to happen immediately; otherwise, the paperwork, court appointments, and required filing of notice  wouldn’t get done before the [Christmas] holidays. We went for lunch, looked at each other, and said ‘I guess that’s that. They’re ours.’ The second I saw them they were mine, and the decision was made, and that was it.”

Aaron and Melissa had limited access to information about the boys. They didn’t know anything about their medical history. Jack and Leo lived in two different areas of the baby home and didn’t know each other at all–-in fact, they didn’t even know they were brothers.

The Singers were told the boys entered the orphanage shortly after their birth and had tested negative for autism but were “psychologically delayed,” Aaron says. “What that meant, we did not know. We didn’t see anything  worrisome in their behaviour. We didn’t know what we were taking on. We really had limited reference points as to their development.”

It wasn’t until the new family returned to Canada and began to settle into their new life together that Aaron and Melissa began to realize there was something different about Leo. A friend recommended a preschool that she  thought might be able to help. One of the teachers there, who runs a school for children with autism, approached the new parents and asked if they were aware “of what’s happening with Leo.” She told the Singers that she  thought their son was developmentally delayed, but she also suspected autism.

“For months, I was hoping they’d bust out of it and we would have normal children,” says Aaron. “Everyone said that about Eastern Europe–-that after the children were away from there they’d get better really quickly. But  things weren’t changing. I started to clue in when the psychiatrist said ‘I have some information.’ That’s when I knew it was going to be a lifelong journey with them.” Both Leo and Jack received autism spectrum diagnoses.

Melissa describes the day they received the boys’ diagnoses as the low point of their adoption journey. “The cold  hard reality, on paper–-it wasn’t just a developmental delay. It wasn’t from being in an orphanage or an  institution from infancy. It was devastating. We didn’t know what to say, what to do, where to turn. What would their life look like?”

It took time for Aaron and Melissa to adapt to their new reality. “I was in denial for the first year and a half,” says  Aaron. “I basically had to change my attitude. It has been quite a challenge. The reality is that when you adopt toddlers, you don’t know what you’re getting, and anything is possible.”

Now, years into their journey, they talk openly and optimistically about autism, to the boys as well as to others.  “To me it’s the same thing as talking about adoption,” says Aaron. “AFABC really opened our eyes to that way of thinking. It’s nothing to be ashamed of; it’s their reality, they’re going to have it for the rest of their lives. Why put the stigma on the word by making it something they shouldn’t talk about?”

The high points of the Singers’ adoption journey, and there are a lot of them, also involve autism. “Every day they say or do something new and it is a high point,” says Aaron. “Every achievement is like climbing Mount Everest for them.” As an example, Melissa describes the day one of the boys learned to use a sippy cup. “He was terrified  before and used to throw them across the room. It took a year to learn.” The other brother seemed like he would never toilet train, but suddenly proceeded to train himself in one day. “Never say never. We had a celebration!” Both boys have difficulty communicating, but understand English well. “I never could have learned a new language as fast as they have,” says Aaron.

Best of all, though, is the love and attachment that continues to grow, slowly but surely. “Jack would literally arch his back away from us [when he first came home],” says Melissa. “He still does, sometimes. But in the last three or four months, he’s started giving Daddy a hug and a kiss on the cheek. Leo asks Aaron to sit on the bed and lie beside him. He loves the idea of someone being close. And he just started calling us Mama and Dad in the last six months. We waited three years to hear that’.”

Neither parent downplays the challenge and commitment involved in parenting their boys. “It’s really been a huge change. Nothing really can prepare you for what you’re jumping into. But we jumped in with both feet,” says Aaron.

Celebrate everything, all the time

Support from their family and community goes a long way. Melissa’s parents call the boys every morning and  evening, visit them weekly, and take them overnight from time to time. Canucks Autism Network’s sports programs and camp keep the family active and the boys busy. The boys attend an alternative education program that supports their special educational and social needs at Harmony House Centre for Autism Research and  Education Society. They also have an “amazing” behavioural consultant who’s with them five days a week, six  hours a day. “Don’t be afraid to ask for help,” Melissa advises. “Even if somebody wants to come over and do some laundry. Look for support wherever you can find it, and you’ll find it in some of the most unexpected  places.“

Clearly, Melissa and Aaron are the Super Glue that holds their family together, but it’s not easy to nurture their relationship while juggling school, jobs, therapies, activities, and household duties. “We come at the bottom of the list. We’ve definitely struggled with that,” says Aaron. “With special needs, you instantly learn what the word ‘patience’ means. You learn a way of working within yourself so you can support each other with the kids. It’s  tough.” They go out together to dinner every couple of months. It’s their chance to focus on each other and talk about something–-anything–-other than autism.

Does their life look the way they expected it would? “I knew it would be noisy; somehow I always knew I would have boys,” says Melissa. “I thought maybe we would have more soccer, baseball, and bike riding, and I would be able to send them outside to play, and they would have more of a typical life. But [the adoption] was kismet for sure.”