Everyone has a story: Meet the Whitehead family | Adoptive Families Association of BC

Everyone has a story: Meet the Whitehead family

The Whiteheads adopted their son, Thomas, as a baby, and while he was born premature and with health complications, he has grown up into a healthy, sports-loving teen. The Whiteheads have an open relationship with the birth family, and that has helped them to keep their son close to his Indigenous roots. This is their adoption story. 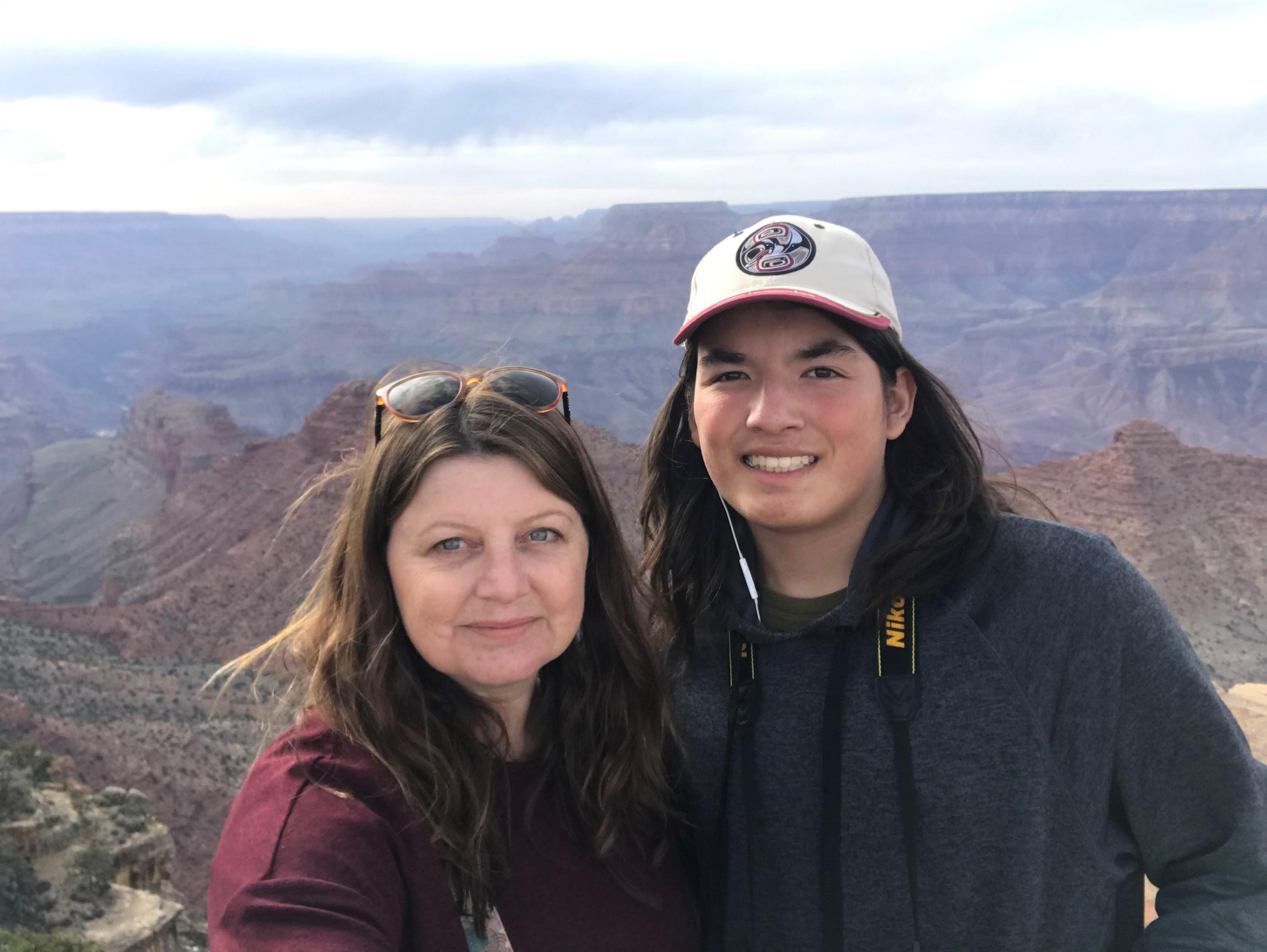 My family consists of me, Marusha, my son Thomas, and his dad, Bruce Whitehead. We have extended family in Ontario, and my son has connections with his birth family on Vancouver Island.

Our adoption experience was probably the quickest adoption in the history of Canada. I remember beginning the home study process in the very early spring of 2005, and halfway through the home study, our social worker stated that he knew of an expectant mom who may want us to be her baby’s parents.

We had no major stipulations as to the type of child we wanted to adopt, other than we wanted a newborn. We didn’t care about sex, race, or if there were health issues. We were told it might take years of waiting, but thankfully this wasn’t the case for us. It was only a matter of weeks. We met our son’s birth mom while she was approximately seven months pregnant.

As soon as she realized that she was pregnant (mid-second trimester), she decided to make an adoption plan. We spent some time together and we liked each other immediately. She was stunningly beautiful, and I remember looking at her baby bump and saying to her, “I think you have a boy in there.” She laughed and agreed that she felt it was a boy too.

At the end of the eight-month of the pregnancy it became apparent that the baby wasn’t growing, so a decision to induce was made. My husband and I were invited to be at the hospital that day.

Our son was born with the umbilical wrapped around his neck twice. He was barely breathing when he came into the world. He was so skinny too – just shy of 5 lbs at birth.

I spent the next three days with him in the hospital, doing everything for him. It was the scariest and most beautiful time of my life. I got to know my son’s birth mom better during that time and got to know her two older sons too, the youngest of whom was only 14 months older than Tom.

Our son’s birth mom was insistent on the adoption, but her family didn’t approve at first. On the third day, when we could finally bring Thomas home, our son’s birth mom’s Mother presented Thomas to me, along with an eagle feather, and she asked me to teach Thomas to place his right hand on his heart whenever he sees a bald eagle. Both he and I still do this today whenever we see one, and we see lots! They seem to follow Thomas around.

The best advice I can give other families is that they should try to learn as much as they can about the child’s prenatal history and care.

Because we knew about our son’s prenatal care, we were able to put supports in place in our community to give him the best possible chance of having a healthy life and reaching his potential. He received extra help in school and outside of school. He was always the wiggliest one in the classroom, but everyone has a special place in their hearts for Thomas.

The best advice our social worker gave us was that when our son asked a question, we should answer it as honestly as we could. Our son is Indigenous, and he was going to figure out that his blue-eyed fair-skinned parents didn’t quite look like him. He knew that he had a different birth mom as soon as he could understand.

I also am proud of the fact that we kept him a member of his Indigenous band. There was no way I could teach him about his culture, so I felt it was important that he keep his status and his ties to his birth community. In the past five years, we have been slowly getting to know more about his birth family.

We also started participating in Tribal Journeys every summer. We just completed our fifth journey last summer. He loves it so! [Editor’s note: Tribal Journeys is an annual event where hundreds of Indigenous people from Alaska, BC, and Washington state travel the Salish Sea in traditional canoes, stopping for overnight visits with many First Nations and Native American tribes.  When the canoes reach the final host community, which changes every year, everyone spends several days sharing ceremonies, protocols, and celebrations.]

Can you tell us about one high point and one challenging point in your adoption experience?

One high point about our adoption experience is that our boy has amazing athletic talent. I was advised from the beginning that he needed lots of movement, so I signed him up for every sport available. He now plays rep hockey, high school basketball, and competitive box lacrosse. Last year he was chosen out of 66 indigenous youth from all over BC to represent the province in the July 2020 Indigenous games. They will do one more cut of players, but we are keeping our fingers crossed that Thomas will make the team.

A challenging point of the adoption is that our son was very sad that he couldn’t meet his birth mom. She passed away when he was five. We were going to have a reunion, but I learned that she was battling breast cancer and passed away. Thomas is in touch with his birth brothers, but not as often as he would like.

From the moment I laid my eyes on my son, I’ve always had a strong connection with him. I feel I was meant to be his mother. He is the centre of my universe, and I will do everything I can to help him reach his potential.

I have also done everything I can to keep Thomas close to his culture. Here is a video clip from Vancouver Island University indigenous youth camp that he attended last summer. My son is in the second seat of the canoe with the white t-shirt and shirt and yellow life vest, and beautiful long dark hair.