FASD: It's not just the brain | Adoptive Families Association of BC

FASD: It's not just the brain

For the past several decades, the widely held assumption in the field of fetal alcohol spectrum disorder (FASD) research has been that a fetus’s brain is by far more vulnerable to the damaging effects of alcohol exposure than any other part of its developing body.

This assumption was strengthened by a study published in 2016 in The Lancet, the journal of the British Medical Society. It found that people with FASD were 97 times more likely than the general population to have psychological disorders.

However, this study also investigated the connection between FASD and a wide range of other conditions. The findings are astonishing. It identified 428 comorbid (co-occurring) conditions in people with FASD.

These conditions affect the entire body, not just the brain. They include problems with the nervous system, chromosomal abnormalities, language disorders, serous otitis media (“glue ear”), heart problems, limb differences, and hundreds of other wide-ranging issues. 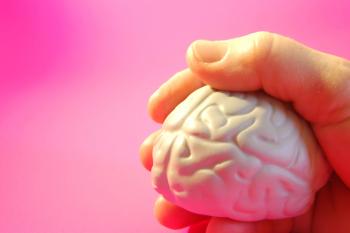 The take-away from the study is that FASD is a whole-body disorder, not just a brain-based one. The study’s findings confirm, for the first time, what caregivers and professionals have noticed and wondered about for years: the high rate of seemingly unrelated medical conditions in people with FASD. For example, two Toronto hospitals identified a little-known connection between seizures and FASD. They determined that if a child is seen for a seizure disorder, they should also be screened for FASD, and vice versa.

It’s important to understand that the study’s findings don’t mean that FASD is the sole cause of these 428 conditions. Rather, it suggest the likelihood of a connection between them and prenatal alcohol exposure. It certainly highlights the need for more research.

The Lancet’s study is new, and most doctors probably don’t know about it yet. I strongly suggest that caregivers take a copy of it to their next appointment with their family doctor or pediatrician. You can print out a summary of the study for free, or purchase a PDF of the full text for $32. This information will help doctors to better understand the complexity and potential long term health consequences of FASD, and will hopefully encourage them to do more to help families identify and access interventions and supports.

Since we have known about FASD for more than 40 years, why is it only now that we’re starting to realize it includes very significant physical health challenges, as well as the accepted cognitive and psychological ones? Perhaps the simplest answer is that until recently, research and interventions have focused almost exclusively on children rather than adults.

A study published in March 2016, found that the average life expectancy for a person in Alberta with FASD is only 34 years. And Alberta has the best interventions and support services of all the provinces and territories. What possible explanations can there be for someone with FASD to have a life expectancy that is only 38% as long as that of the general population, especially since we have a national system for universal health care? What can be done to address the problem?

Rod Densmore is a physician in the interior of BC. Rod and his wife Shannon have raised a daughter with FASD, he’s written a book about FASD, and he treats many patients with FASD at his family medical practice. We examined the Alberta study together and brainstormed about possible reasons for the drastically shortened life expectancy it reported.  Below is an (anonymized) summary from a patient record that may provide some clues.

Last week in my clinic I was so surprised by my 41-year-old female patient who has FASD. She missed three very important tests/consultations I had arranged for her. I wrote to our clinic manager seeking ideas. Perhaps a patient advocate could assist her to attend rebooked appointments?

My patient had missed: 1) going to the hospital to have a lymph gland biopsied to rule out Hogkins lymphoma, 2) going to the diabetes specialist for her poorly controlled diabetes that was affecting her eyes, and 3) attending an appointment to rule out angina.

Each of these three conditions could be life threatening. She understood that, and she likes coming to our clinic and appreciates our interactions, but she still did not attend these critical appointments.

Maybe my patient’s situation is similar to others who have FASD. Her non-attendance at such important medical investigations could illustrate why, in part, health outcomes are so dismal.

Perhaps the reduced life expectancy is due to the inability of adults with FASD to consistently follow through on routine lab tests or specialist appointments which leads to otherwise avoidable health complications?

A lifetime of support

The research suggests that 80% of those with FASD will require some level of direct support for their whole life. If that’s the case, where are the supportive families and caregivers who will help get these adults to their appointments?

When I asked the former executive director of Fetal Alcohol Syndrome Society Yukon (FASSY) about this, she said that only 10% of the adults their organization supports have healthy family connections. In the broader disability community, it’s 70%. The next logical question, then, is how did so many kids with FASD grow up to be so isolated or alienated from their families?

When my wife and I first became foster parents, we attended a monthly parent support group. After a while, we stopped participating because it seemed from those parents that the older their kids got, the more unbearably complicated and challenging their lives became. Naively, we presumed that we were stronger, smarter, and more capable. We wouldn’t go down that path.

Before the kids hit middle school, our kids’ thoughtfully prepared IEPs and curriculum modifications gave way to emergency meetings at school, suspensions, and, finally, dropping out of school. By then, we realized the value of parent support groups and the need for more and better FASD-informed services.

In Alberta, they have realized the best way to avoid serial foster placement breakdowns is to prioritize support for the parents. Instead of spending 45 minutes of a 60-minute monthly meeting with the foster child, they’ll spend 45 minutes with the parent to see what they need to continue to effectively support the child.

The same principle applies whether you are the foster, biological, or adoptive parent of a child with FASD. Successfully raising children with this perplexing and invisible condition into adulthood and beyond requires extra stamina and support. 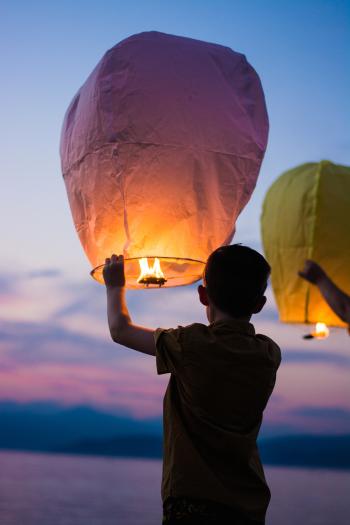 Hold on to hope

One source of stamina is hope. Research has shown that the brains of people with ADHD slowly change and “normalize” through gradual increases in myelination and forebrain development. Similar research is now being undertaken in adults with FASD to see if they also experience delayed brain maturation.  The bad news is that people with FASD may remain at the mercy of an impulsive “teenage” brain until their late twenties or early thirties. The good news is that their impulse control and ability to understand cause and effect may slowly improve as they mature.

Caregivers should also remember that the long term goal for a person with FASD is successful interdependence rather than unsuccessful independence. Your life planning should be based on this understanding of their likely need for long term interdependence. When we adjust our expectations, it’s easier to change our definitions of success.

It’s a marathon, not a sprint

Too often, parents are so absorbed with providing all the supports and resources required by their family member that they forget to put themselves on the to-do list. The inevitable result of that is burn-out.

Caring for kids or adults with FASD requires some the best and most innovative solutions we can muster. No one is capable of such demanding, out-of-the-box caregiving if their tank is empty.

To remain part of the 10% of adults who continue to effectively support their loved ones with FASD over the long term, caregivers must regularly do things to feed themselves. Walk on the beach. Play a sport. Draw. Sing in a choir. Spend time with friends. Talk about something other than FASD and parenting. Find what you love and make time for it.  Do it for yourself—and for your loved one with FASD.

The study “Comorbidity of fetal alcohol spectrum disorder: a systematic review and meta-analysis” was published in The Lancet in 2016.

The study “Life Expectancy of People with Fetal Alcohol Syndrome” appeared in the Journal of Population Therapeutics and Clinical Pharmacology in 2016.

David Gerry began his intensive applied learning in the field of Fetal Alcohol Spectrum Disorder (FASD) as a direct result of becoming a foster parent to two children with FASD. In 2000, he co-founded a charity called The FASD Community Circle to develop programs and services for those with FASD.