Filling in the blanks | Adoptive Families Association of BC

Filling in the blanks

Storytelling can help your child receive a more accurate assessment

In 2006, Cat went to Liberia, West Africa, to adopt a little girl and planned to spend six months working on opening a health clinic. This experience was life changing, though she witnessed only a small portion of the trauma suffered by the children born and raised in a post-war environment. She left having adopted three children, ages 2½, 4½, and 12, knowing that each child had traumatic life experiences to overcome. At that point, she did not really know what that would be like for her family.

Beginning in 2008, Cat started attending conferences and education seminars—primarily professional conferences for social workers and physicians—in the hopes of learning more about the biological effects of trauma, what educational options were available, mental health issues, strategies for parenting and teaching, and, ultimately, how to help her children heal.

In 2010, Cat completed her master’s degree in health studies through Athabasca University. Her studies focused largely on the effects of trauma in early childhood development. She now works at Langara College in Vancouver, BC, as a nursing instructor. Cat has been a registered nurse for 25 years.

She’s also spent the last five years volunteering as a support parent for families in crisis, regularly speaking to prospective parents about adopting children of different ages, the effects of trauma, and, most recently, parenting children with mental health issues. 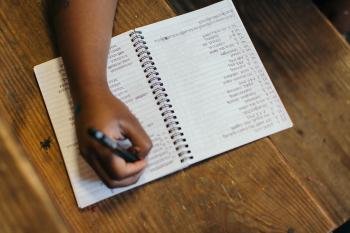 In early June of 2016 my 12-year-old daughter went through a comprehensive series of assessments at Sunny Hill Health Centre for Children in Vancouver. She was seen by a developmental pediatrician, a social worker, and a speech therapist, and underwent a psychoeducational evaluation, genetic testing, and an MRI.

Prior to the assessments, each team sent me their own set of forms to complete and return. Some of these forms were difficult for me. We’ve been a family for 10 years, ever since I adopted her internationally at age 2 ½, but the forms included questions related to her birth mother’s health, pregnancy, and delivery, my daughter’s APGAR scores, and her developmental milestones during her first year.

This is all significant information, but it’s not information I have. I didn’t feel like drawing lines through page after page and writing “adopted at 2½ years” was particularly helpful. On the flip side, there was so much information that I knew, and thought the assessment team needed to know, that wasn’t asked for in the paperwork. What could I do?

The power of strategic storytelling

I decided to address this by writing a letter—I truly believe everyone loves a good story—and I attached as an addendum to each set of forms. “I may not know the answers to your questions,” I thought to myself as I wrote the letter, “but here’s what I know to be true.”

This narrative letter proved to be very helpful in several ways during the assessments. Before I submitted the forms I was told that the wait for my daughter’s assessment could be as long as three years, about a month after I submitted the forms, I called Sunny Hill to find out where she was on the list. She was number nine! That meant the wait would be just a couple of months. I was told the narrative I sent had played a significant role.

The assessments took place over the course of four weeks and involved multiple professionals. I met with each team to discuss my concerns, and on several occasions the tests were altered because of the information I provided.

After all of the assessments were complete, the teams met to discuss their results and prepared a document they shared with me. They took the time to explain the results, the diagnosis they were giving to my daughter, and what resources they could connect us with as a result. It was incredible to be able to put a name to some of her behaviours, and to know that there would be support for her and our family.

Just before they ended the meeting, the developmental pediatrician brought up my letter. The pediatrician, psychologist, and social workers all felt that it allowed them to put my daughter’s unique situation in context before performing the assessments, and that this made their findings much more accurate, detailed, and relevant.

Parents of adopted or fostered children, who don’t know the medical details of their child’s early life, often leave the forms blank. This makes it difficult to do the unique assessments their children need.

The team said they’d like adoptive parents to know that most professionals assessing their children would welcome any additional information that parents think would help their assessments.

How I did it

My three-page narrative was pretty simple. I started with “To Whom It May Concern” and explained that my daughter was adopted, including details of when, at what age, and from where.

I explained what I knew about her birth family, including information on her biological parents such as their health, their ages, the number of children they’d had, and my daughter’s place in the birth order. I described her siblings’ ages, gender, and any health issues that I was aware of in a non-identifying way that maintained their confidentiality.

The next section was about my daughter’s life before coming to Canada. In this section, I included some World Health Organizational (WHO) facts about her country of origin at the time of her adoption.

I explained that she didn’t receive any pre- or post-natal care, and that basic Canadian tests such as PKU and APGAR had not been done. I described the children’s home she lived in, how long she had been there, the diet she received, and her general state when I received her.

I discussed the significant issues that she had when I first adopted her and how we’d dealt with them. I stated the date we arrived in Canada (we remained in her country of origin together for several months after I adopted her). Finally, I identified discrepancies in her adoption documents and how they’d been rectified.

As I wrote, I did my best to hold back my own judgements and theories. That was hard to do, but I knew that it was important for me to provide them with information, not speculation.

A happy ending and new beginning

The letter I sent helped the healthcare professionals prepare for my daughter’s assessments by providing them with a clearer idea of who she was, where she’d come from, and why it was important for her to assessed.

The assessment team was very open to this, and by the end of the process I felt that I had been heard and my daughter had been accurately assessed. For the first time, I feel that her issues are understood and that there will be help for our family as we
move forward.