The grandmother clause | Adoptive Families Association of BC

The impact of including grandparents in the adoption (and post-adoption) process.

The impact of open adoption on birth and adoptive families is only beginning to be understood. Recent research explores the perspectives of birth grandmothers who had direct contact with their birth grandchildren. The findings clearly demonstrate some of the benefits and challenges of open adoption, the impact open adoption had on their lives, and how grandmothers see their role in the kinship network. This varied from believing they were entirely accepted in a ‘traditional’ grandparent role, to feeling highly dissatisfied with the level of openness and excluded by the adoptive family. Although the experiences were diverse, they all demonstrated the importance of openness in communication between birth and adoptive families, something which previous research focusing on open adoption also supports.

My interest in open adoption for birth grandparents stems from personal and professional interests. I am an adoptive parent and my family has relationships with a number of people within my daughters’ birth families. Their relationships with their birth grandparents have given them a stronger sense of their birth family history and culture and the strength and security that comes with growing up surrounded by loving, supportive adults. 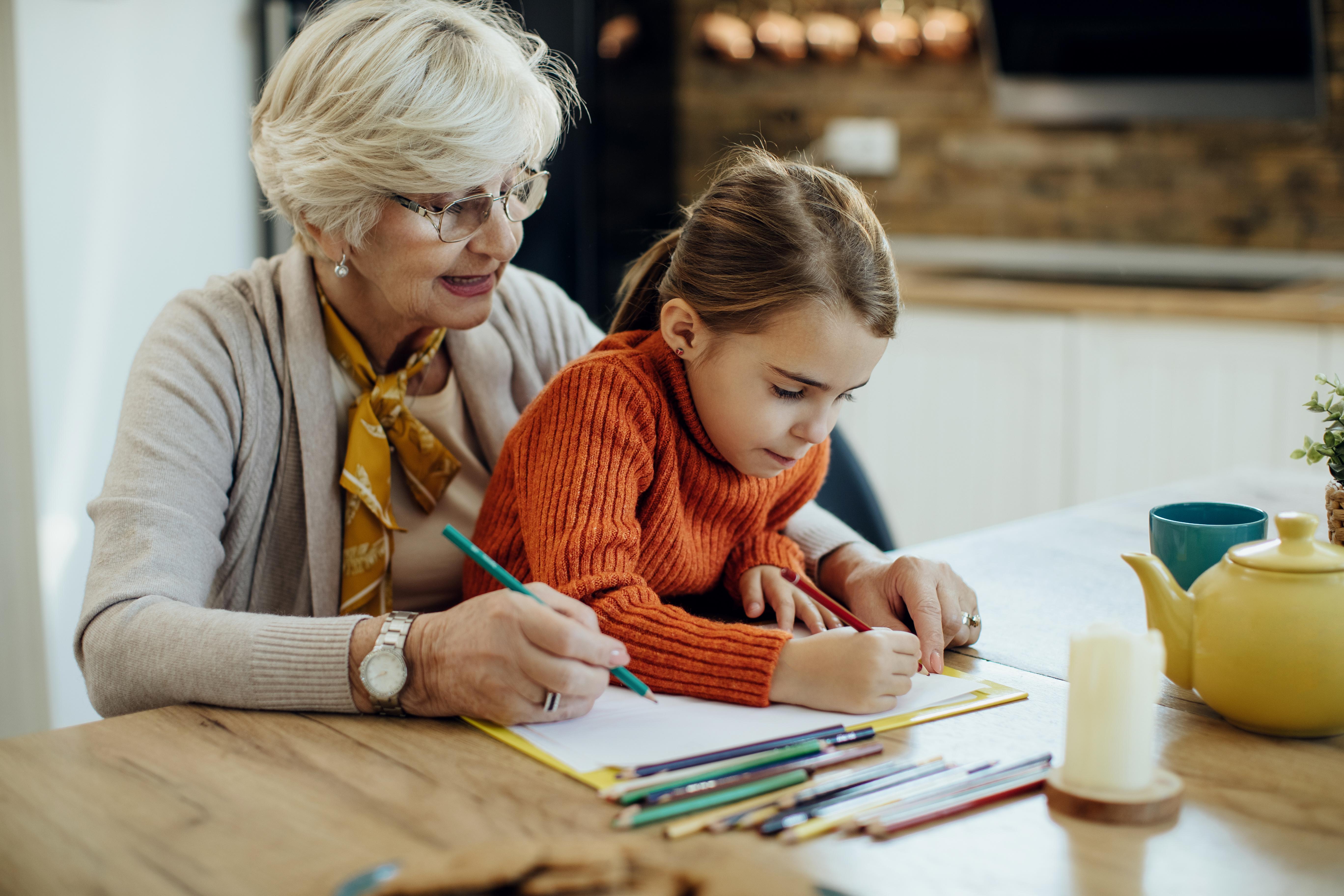 I explored how grandparents integrated their understandings of adoption into this new construction of ‘family’ and how they ‘reconstructed’ their role as grandparents in the adoptive family. Of the four grandmothers I interviewed, two grandparents felt entirely comfortable and accepted by the adoptive family, and two of the grandmothers felt highly excluded and marginalized. Two of them felt openness has helped them to have full and rewarding relationships with their grandchildren and the other two, with lower levels of openness, felt their grandchildren did not understand their role and saw them as ‘outsiders’ in their family. Two of the placements of their grandchildren had been completed through MCFD and two were infant placements through local agencies. It was possible to see the progression of open adoption through these four stories. The grandmother whose grandchild was placed 20 years ago had the least amount of openness and the most secrecy around the adoption. The grandmother whose grandchild was placed the most recently had the most structurally and communicatively open adoption. The two agency adoptions had substantially less openness than the MCFD adoptions.

I found that the level of communicative openness was a significant factor in how satisfied the grandmothers were. The two grandmothers who had open communication with the adoptive mothers and considered them as "a friend" or "like another daughter" were much happier than the two who felt uncomfortable with the relationships with the adoptive mothers. Two of the grandmothers expressed that they did not feel the adoptive families entered into the open adoption relationship with a genuine desire to develop a relationship with them, but were rather going through the motions of meeting the expectations of the birth family for contact with the child.

The implications are clear: grandmothers expressed that they want open, honest communication and a genuine desire to develop a relationship. Their expectations were that they could develop a relationship with their grandchildren for the benefit of the children in terms of their knowledge of their family history and for them individually, and as grandparents to know that their grandchildren were safe and happy. Two of the grandmothers expressed that it was important that the children knew that they cared for them and had not abandoned them. They all expressed that they wanted to be respectful of the adoptive family, and to negotiate a role that all parties were content with. They were concerned about not intruding or overstepping boundaries but clearly felt there could be an established ‘place’ for them in the kinship network. In the families where they put substantial work into communicating, articulating and establishing this role, there was more comfort and satisfaction.

I found that there was some variation in the way grandparents see their role and identity as a grandparent highly correlated to the way the adoptive family gave them ‘permission’ to see themselves as grandparents. ‘Anne’, for example, spoke about ‘respecting’ the adoptive grandparents and how she would ‘step back’ when they were there. However, she explained she had found her own "special place" as "Nana" in her grandchild’s life. This was a role she was comfortable with, and she received much positive reinforcement in this role from the adoptive family.

Negative social attitudes towards people with addictions and their families also became particularly evident in two of the interviews. Grandmothers with children with addictions felt stigmatized and felt much shame and guilt about their children’s addictions, something which they recognized has been influenced by the broader society and culture. Acceptance and inclusion by the adoptive families had a great impact on improved feelings of self-worth and self-esteem and created positive social connections for the two grandmothers the most affected by these issues.

All of the grandmothers at times felt they were not listened to, and expressed great relief when adoptive families acknowledged them. For the two families where there is open, respectful communication, active listening, warmth and intimacy in the relationships, open adoption has had enormous rewards. The grandmothers all wanted to be acknowledged and included, and all of them stated they were reluctant to ask for support, making it of great importance to social workers to be attentive to their needs and educate families around how they might reach out to grandparents and include them in openness arrangements. Both ‘Jane’ and ‘Anne’ found that face-to-face contact helped them to accept adoption, while ‘Pam’ and ‘Colette’s’ narratives suggested they have experienced ongoing feelings of grief and loss because of their continued sense of exclusion from the families. My research suggests that contact with birth relatives, without the accompaniment of an empathetic style of communication, is of little value, and could potentially have a negative impact.

Empathy and open communication send an important message from adoptive parents. The grandmothers with more open communication with adoptive parents definitely felt a much higher sense of control over the type and amount of interactions, and family boundaries appeared to be more ‘permeable’, changing to meet the needs of individuals and the family as a whole. ‘Anne’, for example, was confident and comfortable in her role as "Nana", and ‘Jane’ was equally comfortable in her role as a ‘friend’ to the adoptive mother and in her continued role as "Grandma" to her grandchildren. These stories demonstrate the enormous value of warm, empathetic, responsive communication in open adoption relationships for all birth and adoptive family members. How to teach these skills is an area for development in adoption social work practice.

Adoption has a huge impact on the birth family, and commitment to the best interests of children must include a commitment to, and respect for, all birth family members. There is much work to be done in this area.