Grandmother to guardian | Adoptive Families Association of BC

A growing number of grandparents in BC are living with and raising their grandchildren. In this story, a grandmother shares her very personal experience with becoming the legal guardian of her daughter’s child. To protect the privacy of her daughter and grandchild, names have been redacted.

Stuck in the system

I remember getting the call from MCFD like it was yesterday. It was Friday, December 30, 2016 at 9 am. A clear, cool day.

I still count my blessings that the worker was so persistent and kept calling back each time I hung up. I kept ignoring the calls because we are not allowed to use our cells at work except on our breaks, but seeing as the person calling me was not leaving a voicemail, I figured it was important and finally I picked up! All I heard was my daughter had been in a car accident and could come pick up my granddaughter? Not knowing more than that, I raced off to the MCFD office.

The story begins with my daughter, who had been struggling on and off with her drug addiction for over 10 years. She had lived with me up until two years before the removal of her daughter.

I know my daughter and her weaknesses well. I know she lacked the will power to come out of her addiction, so taking on the care and responsibility of my granddaughter didn’t need any more thought than it had already been given.

The bit I wasn’t prepared for were all the steps to get the 54.01 (Ed. note: see page 19 for a definition of this term). Going through each contract agreement—the Extended Family Plan, the Interim contract, the Temporary Custody contract, and finally the 54.0—was the most stressful and frustrating times for me and my common law husband. It was clear to us that my daughter was not going to change so why did we have to go through all these steps? I am her grandmother, after all.

I didn’t fully understand the process until the 54.01 was granted. Only then could I finally relax and process all that had happened over the last two years. Unfortunately when dealing with this type of stress your judgment is clouded. Like so many of the parents I spoke to going through this process, I had tunnel vision.

Of course when you feel like this, it’s easy to blame the ministry for not doing their job correctly. But what I learned is that it’s our justice system that really sucks! Every time my daughter didn’t show for a court date I knew it would be put off another couple of weeks. One day I got so angry at the judge for the seemingly pointless two week delay every time my daughter was a no show…the truth was, I knew she would never show up. We say we are protecting our children by removing them from harm but the ones causing the harm have way too many rights leaving the kids vulnerable.

It was during one of the final appearances in December, a year after my granddaughter moved in with me, that a judge explained the importance of rescheduling the dates when my daughter didn’t show. He explained that my daughter could ultimately contest his decision and the process could be dragged out another year if we didn’t give her fair opportunity to show up! I totally understand all that now. MCFD holds a lot of control with regards to what happens to the children in question, but the court system holds more. 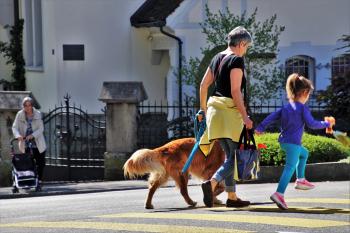 The one thing I found most helpful through this whole ordeal was my support system. My family, my friends, my social workers (who I emailed pretty much on a daily basis), and let’s not forget my best friend Google. I needed to know I was not the only person going through this and that others out there were far worse off than me. Understanding this and having someone to bounce things off is so very important.

I wish that our Caregiver Support Counsellor had been introduced to us far sooner. We did not meet her until October when we were nearing the end of the process. Having a support group to attend sooner in the game would have probably eased a bit of the stress along the way. There is also a website called “Grandparents Raising Grandchildren” that is very helpful.

I consider myself a pretty strong individual but not every parent or caregiver is the same and some really need a lot of support. The sooner you introduce these types of groups and supports, the better.

Finally, I want to add that I love my daughter and always will. I know I can’t help her, she has to help herself. What happened that night of December 30 was a blessing in my eyes. I have been able to give my little granddaughter the chance at life that she really deserves.  The couple of years living alone with a drug addicted mother caused her a ton of trauma that took us over a year to understand and had impacts that we are still dealing with today.

Her schooling suffered because she was not being taken the majority of the time. She was thin and underweight with several rotten teeth that needed to be pulled. She had been left alone so many times in the past that she would check on us several times a night to make sure we were still there. It took many, many months to get her to sleep through the night. Once in a while she will still check on us, but those times are few and far between now. She is starting to heal.

It was a long year but if you ask if I would do it again, I would not hesitate in answering, “Absolutely!”