Immigration and international adoption | Adoptive Families Association of BC

Five things every family should know

International adoption is a complicated process that involves the child, the parents, the provincial government, the federal government, and the government in the child’s birth country. You will need to do a lot of planning, a lot of paperwork, and a lot of waiting before the journey is complete.

Immigration, Refugees, and Citizenship Canada (IRCC; the department of the Federal government that deals with immigration matters) has the final say on whether, and when, your child will be permitted to live with you. You’ll want to plan ahead for your child’s immigration to Canada so that you can to avoid any unnecessary delays.

To help you navigate the rules, regulations, and potential roadblocks, here are five things you need to know about international adoptions and immigration law. 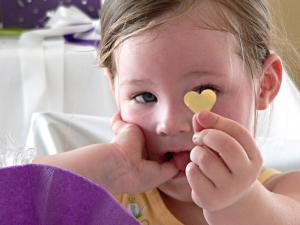 Research the child’s country of origin

First, you should research the child’s country of origin to determine whether the country is subject to any adoption restrictions. Some countries don’t permit Canadians to adopt children born there. Some Canadian provinces also restrict adoptions from certain countries. The IRCC website posts a list of countries with suspensions or restrictions on international adoptions (https://www.canada.ca/en/immigration-refugees-citizenship/services/canadians/adopt-child-abroad/restrictions.html). Be sure to check before you begin the formal process.

You should also check to see if your child’s country of origin is subject to the Hague Adoption Convention (HAC). The HAC is an international treaty that oversees the international adoption process in countries that have signed and ratified it. Adoptions from countries that are subject to the HAC will typically be more straightforward and will have more safeguards in place. However, a country’s status in relation to the HAC does not determine whether an adoption from that country can take place, or whether an attempted adoption from that country will be successful.

Where will you obtain the adoption order?

You’ll need an adoption order before you can legally be considered the child’s parent and before the child’s immigration to Canada can be completed. This applies whether you adopt from an HAC country or not.

In some circumstances, you will need to finalize the legal adoption in the child’s country of origin. In other cases, the adoption order will be granted by the court in the Canadian province that you plan to live with your child.

If you must wait to obtain the adoption order in Canada, you can avoid further delay by beginning the child’s Canadian immigration application before the final adoption order is granted.

Once the adoption order has been obtained, the final stage is dealing with the child’s immigration to Canada. There are two possible paths to immigration for your child: the citizenship route and the sponsorship route. You should be aware of which routes are available to you and your child, as well as the differences between them.

If both parents are Permanent Residents when the child is adopted, or if one parent is a Permanent Resident and one parent is a Foreign National, they must use the sponsorship route. Adoptive parents must also use the sponsorship route if they are Canadian citizens who were born outside of Canada. This is due to a clause in Canada’s Citizenship Act known as the first generation limit to citizenship by descent.

There are other differences between the two paths. For instance, the citizenship application does not require the child to undergo an immigration medical exam, but the sponsorship route does. The application and processing fees for the two paths are also different

Don’t forget your own immigration issues

As a prospective new parent, you will undoubtedly be overwhelmed by all of the paperwork associated with the process, but you must make sure you don’t neglect your own immigration issues as well.

When it’s time to bring your child home, and possibly before then, you will need to travel to and from the child’s country of origin. You must make sure you have a valid passport at all times during the process. When you finally get the call saying you can bring your child home, the last thing you’ll want is to be delayed by a passport problem! Make sure you also have a visa to travel to your child’s country of origin, if required.

Be prepared to wait

Perhaps the most difficult aspect of international adoptions is the waiting period. Parents sometimes learn of a child abroad and fall in love with them; however, the Canadian government generally won’t permit your child to live with you in Canada until his or her immigration application has been completed. The immigration process alone can take up to three years. That’s a long time to potentially spend away from your child (or from Canada, if you’re able to stay with the child in their country of origin). If you are considering international adoption, you should be prepared to travel back and forth between Canada and the child’s country of origin, to potentially spend extended periods of time in that country, and to spend time apart from your child while the adoption and immigration matters are sorted out.

Make sure all of the paperwork is complete and correct, and be ready to submit the child’s immigration application as soon as possible to avoid any last minute obstacles and delay

Krisha Dhaliwal is an immigration lawyer with Larlee Rosenberg in Vancouver. Contact her at 604-681-9887, or at krisha.dhaliwal@larlee.com.