Meet the Carrolls | Adoptive Families Association of BC

Growing their family through adoption has been busy and exhausting for the Carroll family. Jennifer shares their story, along with why being an AFABC Member is important to their family. 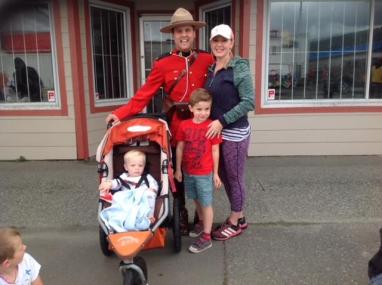 On our first date, Chet shared with me that both he and his sister had been adopted as infants. I knew that if children were in my future, I wanted to grow my family though adoption. Meeting Chet seemed to confirm that path!

We were married in 2013 and applied through the Ministry of Children and Family Development (MCFD) to adopt from foster care in the summer of 2014. We knew that finding the right match was the most important so were open to all ages and genders and a variety of needs we felt we were equipped to support. We found the process moved quicker than we were told it would and less than a year later we had a match!

Spunky, adorable 3 year old Riley came home in November 2015. The first time we heard about Riley we felt we were meant to love and support him for a lifetime. We were away on a holiday and I'm pretty sure I jumped on the bed in the hotel room. Hearing him described to us we instantly felt we wanted to know more about him and although premature, I felt a connection building.

We wanted him to come home immediately. Patience is imperative, but so difficult. Three months later we finally began the transition and we "met" over Facetime. His smiley face lit up the screen and we knew it was meant to be. When we met in person two weeks later it felt like we had known him forever. He raced out of his foster parents front door and jumped on us laughing. Two and a half years later our love and connection has grown and solidified. 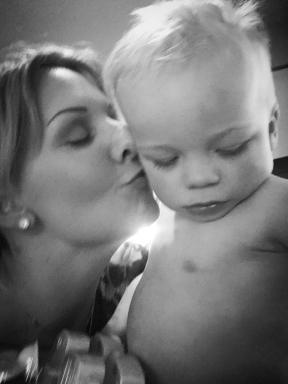 It's been the most incredible few years being Riley's parents. Riley asked for siblings almost immediately (10 brothers to be exact! ha ha). While we can't promise him that will happen, we were thrilled to welcome 14 month old Samuel home this past March! We adopted Sam through a private adoption via Choices and it too has been a very positive experience. In between we did have a transition of siblings break down which was heartbreaking but we felt that we were not the right family to support them. Another loving family has welcomed them into theirs and we are so happy for them.

Samuel's adoption was a different process for us as we contacted Choices to see if they had toddlers or older children on their radar. They primarily work with birth families placing infants for adoption. We had been waiting over a year and a half for a match through MCFD and wanted to be proactive. To everyone's surprise, Sam's grandparents contacted Choices two weeks later! We wrote a long letter to them and anxiously awaited to hear if we were chosen to raise him. The stars aligned and two weeks later we met him and began the transition. Meeting him was so exciting and he was a busy, active toddler who stole our hearts immediately. It's been four months and we are all so in love--especially Riley who loves being a big brother!!

Love, grief, and everything in between 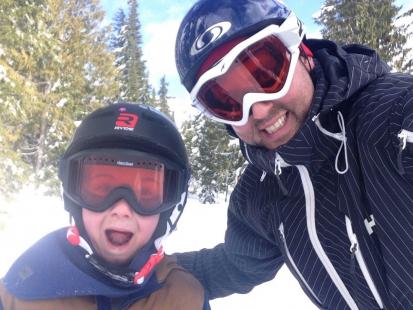 Growing our family through adoption has been the most incredible experience. Becoming instant parents to active little boys has been busy and exhausting in the most wonderful ways. We have loved the thrill of watching them grow.

My mother passed away unexpectedly a few weeks after Riley came home and dealing with my grief and loss alongside Riley's was initially difficult. Soon I found that it was much easier to support him and heal myself as we grieved separately, but together.  It gave our family a better understanding of how to support Riley and we talk about change and loss often and have healthy discussions about what this means in life.

Something surprising that we experienced along in adoption journey, is the feeling that our children have always been "ours." While we celebrate and discuss the lives and people they loved before us, it feels they have been in our hearts for a lifetime.

AFABC is there for us

We are very fortunate to have a wonderful relationship with an AFABC Adoption Key Worker and have taken webinars and courses offered through AFABC. We have been members since we heard about the Adoptive Families Association of BC during our AEP in late 2014. The resources and support has been invaluable. The website is invaluable and there is always someone available to chat or a support group to join.

Some advice for adoptive families:

As we family, we like to joke that I'm outnumbered by adoptees in the family - even the dogs and cat were adopted!

Become an AFABC member and be a part of our diverse adoption community!