When my husband Chris and I decided to walk through the adoption process for the first time, we heard from several social workers and adoptive families about what openness in adoption typically looked like. We were adopting from the United States; in most international adoption situations, openness seemed to mean having occasional contact by letter, email or phone, which usually died out after the first few years. We didn’t hear about any openness arrangements that went beyond letter writing or perhaps a single meeting between the child and his birth family. The only exception was one family in which the adoptive and birth families lived close together and had a previously existing relationship.

We heard many prospective adoptive parents asked questions about healthy boundaries. Most of them seemed to be asking out of fear. We heard questions like “What if they (the birth parents) change their mind and try to take our child back?” and “What if our child decides to run away to live with their birth family?” There was an “us versus them” feel to the conversation – a natural worry, but one that we would soon learn was unnecessary. 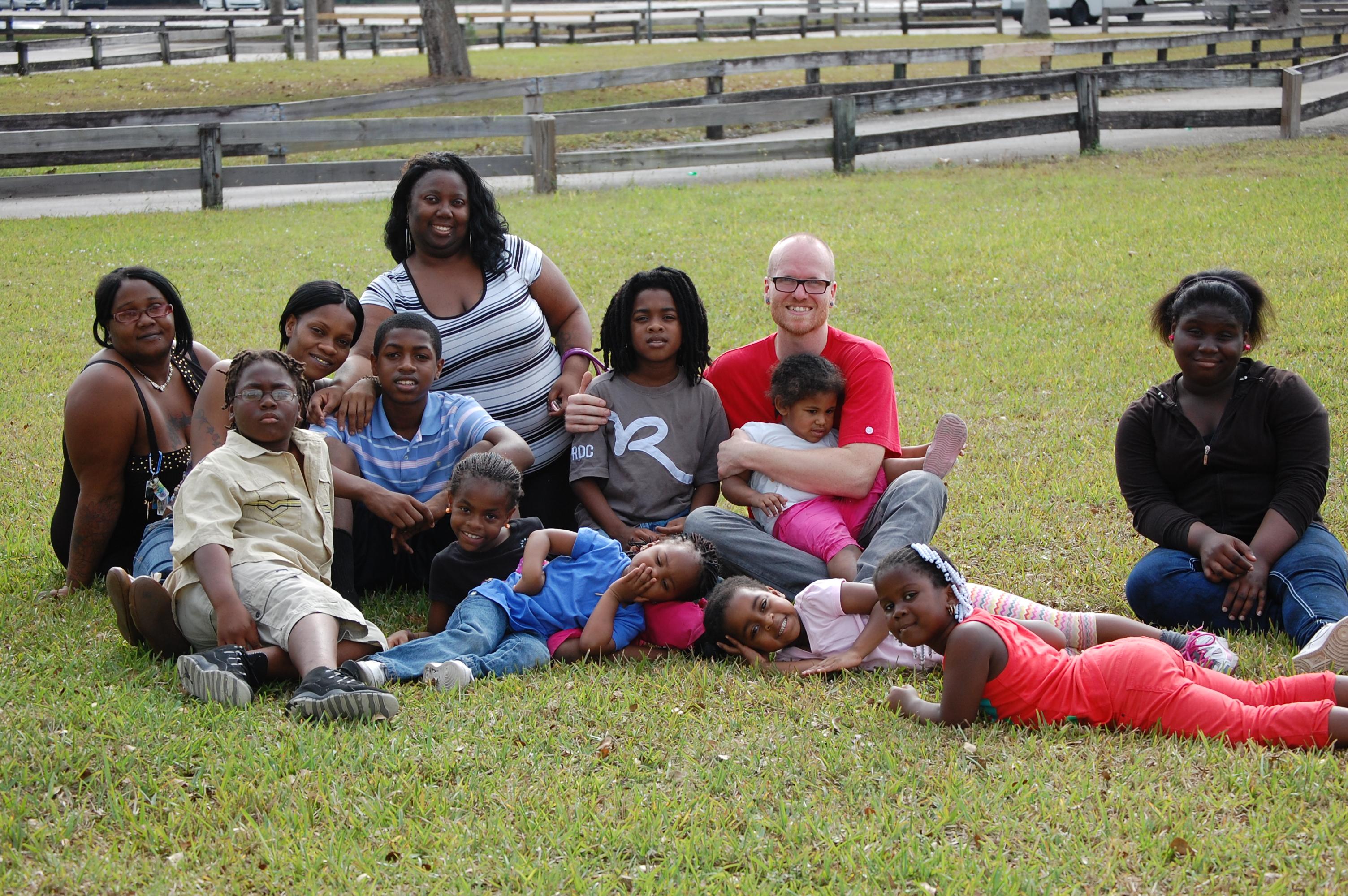 Choosing openness before being chosen

As we waited for that phone call telling us we’d been matched, we imagined the gut-wrenching courage it would take for a birth mother to make an adoption plan after carrying a child for nine months. That kind of love seemed so powerful, and was something we thought we’d want our child to know about firsthand. We wanted our kids to know that they belonged not just with us, but with their whole family, including their birth family. We imagined being a three-year-old with questions about the colour of his skin. We imagined being a five-year-old and answering questions on the playground about why she was adopted. We imagined being a 13-year-old in need of reassurance that they were wanted by their birth family whose circumstances made it a more loving choice for them to also have the love and caring of an adoptive family.

Ultimately, it came down to who better to go to than the ones with those answers? Who better to be backed by than your birth family? We knew that many birthmoms would not be ready for contact, and understandably so – what an emotional risk! We knew they might not choose our family if we described the kind of openness for which we were hoping. But for us, openness started before we were chosen. We wanted to be upfront about our hopes, and we made the commitment to risk getting hurt in the process.

And hurt happened. Hurt came in the form of four separate matches that all fell through immediately after the child’s birth. Openness meant we were already getting to know each one of those birth families during the expectant moms’ pregnancies and had chosen names together for the newborns. No matter how painful that roller coaster was, though, the one thing that felt right was forming those relationships and trusting God that the children He had in mind for us would benefit from us having a real and deep connection with their birth families. So we stuck it out.

Both the children we eventually adopted were born in Florida: one in Orlando and the other in Miami. We stay connected with the staff at Adoption by Shepherd’s Care, who lovingly helped us navigate both of our adoption processes. We have strong and very open relationships with both birth families and see them every two years. We’d be there more often if finances allowed it. Trips to Florida ain’t cheap! Between visits we connect by phone and daily Facebook updates and have come to see one another as extended family. The idea of moving temporarily to Florida has been an ongoing conversation for us. We know how amazing it would be for our kids and their birth families to have more face-to-face time in their early bonding years. Our kids don’t just know about their birth famiies. They really know them. 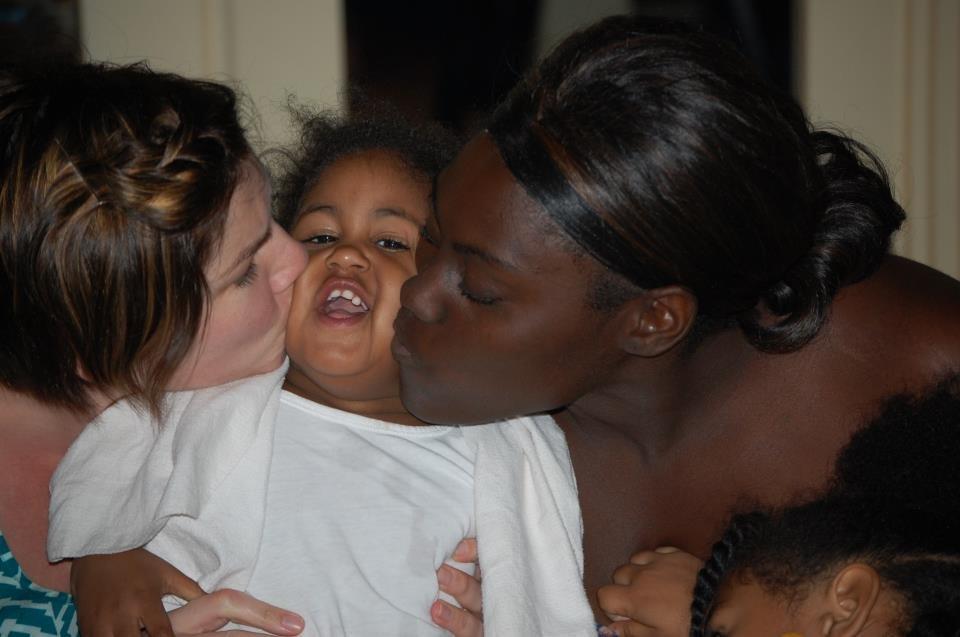 Our seven-year-old daughter, Mattea, has been back to Florida three times since she became part of our family just after birth. She has seven birth siblings and has met the six of them that live with her birth mother. There are cousins and aunts in the picture as well, and we all spend the week together when visiting. We’ve experienced profound value in becoming one large family, and we already see how it benefits our children.

Our almost-four-year-old, Shaylyn, experienced her first reunion with her birth family (which includes her birthmom, grandmother, uncle, aunt, and a sibling) before she turned two. She had been told so many stories and had so many pictures of them on her bedroom wall that when they came to our rented vacation home for dinner, she flung her arms wide open and ran for hugs. That moment confirmed for all of us that the more connected our families are, the more whole we all feel.

Putting fear in its place

We each have a journey. Adoptive parents, birth families and their children all have healing to do, usually due to layers of grief, loss, and adjustment. It’s the one thing we all have in common, and it can be a powerful avenue for connection and healing. When worry reared its head, we asked ourselves if it was a legitimate and helpful worry that served to protect our kids, or if was getting in the way of our family’s best possible life. Being realistic was important. We didn’t want to set our kids up for something that wouldn’t happen, but we were also cautious not to limit our hopes. If we’d allowed worry or fear to dictate our level of vulnerability with our children’s birth families, we could easily have ended up on a different path.

We can’t say enough about our newfound “extended families” and their willingness to become connected, even when it was emotionally tough for them. Momma Fay and Momma Tami’s courage and grace inspired us to create our own form of openness. We’ve learned to trust one another deeply, provide appropriate support to one another, learn about one another’s cultures, and above all, keep our children’s best interests at the forefront of everything we do. Our children are loved by their entire family, and we have come close to erasing the line that attempts to distinguish between adoptive and birth family. We understand that open arrangements are not always feasible, which comes with a grief process of its own. But if it’s fear that’s standing in the way, ask yourself what you and your kids might be missing. When our fears were put in their place, it led to an integrated family for life. We wouldn’t want it any other way.

Karen Peters lives in Surrey with her husband, Chris, and their two daughters, Mattea (7) and Shaylyn (3). Karen works for the Ministry for Children and Family Development, improving Child and Youth Mental Health services for kids throughout the province. She plays piano, enjoys painting, and leads a Children’s Church program. Chris is a web developer with a background in animation and design. He plays drums and guitar and develops computer programs in his spare time. Mattea is excited about art, and Shaylyn literally can’t stop dancing and singing her heart out.