Opinion: Is knowing our parentage our right? | Adoptive Families Association of BC

Opinion: Is knowing our parentage our right?

There’s nothing like a harmless joke to set your day off in the wrong direction. Scrolling through Facebook, a friend of a friend was joking about kids not knowing who their father is. I assumed the joke was in reference to the fact that she used a sperm donor to conceive her children.

I didn’t click to see what the joke was. Knowing it was about a child not knowing their father was enough to sink my stomach. How is being cut off from half of your identity and lineage a joking matter? Does society really consider fathers so irrelevant to children’s lives that it’s okay to brush them off through humour?

This form of “humour” isn’t exclusive to donor-conceived children. I remember seeing a scene in a movie called Little Man Tate. In the movie the main character, a little boy, says, “[My mom] says I don’t have a dad. She says I’m the immaculate conception. That’s a pretty big responsibility for a little kid.” 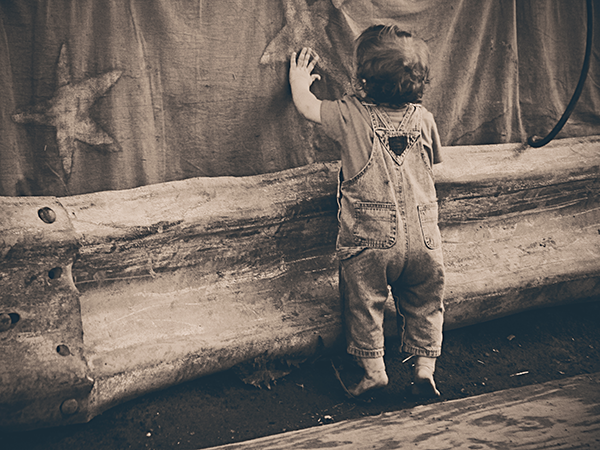 I can’t remember whether I thought the quote was funny or if I thought it was sad. I only know that it hit me hard in the gut and stayed there. At the time, I was only two years into my reunion with my birthmother and I didn’t know who my father was. That “joke” stuck with me.

There’s an assumption in society that the mother has the right to decide whether to disclose a child’s father’s identity. When we take that view to the next level, we see society allowing, and even encouraging, the anonymity of sperm donors.

The pinnacle of this assumption is the belief that it’s fine for society to seal away the birth records of adoptees so they can’t know anything about their parentage.

I know, I know: society thought parentage was irrelevant. The idea that it doesn’t matter who or where you come from is rooted in the core of American independent values. You make yourself what you are. That’s how the story goes, anyway.

Let’s look at a different quote, this time from Robin Morgan: “Knowledge is power. Information is power. The secreting or hoarding of knowledge or information may be an act of tyranny camouflaged as humility.”

Knowing who someone’s parents are is power. Keeping that information secret is an act of tyranny camouflaged in good intentions. When a mother doesn’t share the father’s identity with her child, she strips her child of their power. When we sanction fertility clinics that allow sperm donors to be anonymous, we give profit-driven businesses more power than the child they are creating. When we allow our governments to seal original birth certificates, we release our power to them.

Who has the right?

So, who has the right to this information? Don’t just jump in. Think about it for a little while.

Is it the right of birth parents to seal their information away? They may not want to reveal themselves due to shame over an  indiscretion. Perhaps the mother was married and had an affair with a married man and both the mother’s and the father’s lives will be catapulted into turmoil if the child became known. Perhaps the mother wants to shield her child from knowing the father was a rapist. We’ve all heard these rationales, and more.

Or is it the right of the child? Maybe it helps to realize that the child will one day become an adult. Considering both parties as adults—both the parents and their offspring—puts them on more equal ground. Who has more of a right? The creator or the created?

I don’t have the answer, only the question, along with a telling wrenching in my core.

Is knowing our parentage our right?

Cathy Heslin is a freelance writer and reunited adult adoptee of closed domestic adoption from New Jersey. She writes about adoption with a focus on long-term reunion. She currently lives in Portland, Oregon with her husband and two sons along with a complicated extended family from all sides of reunion. She blogs about the adoptee experience at reunioneyes.blogspot.com. Follow Cathy on Twitter @CathyHeslin.

Want to share your opinion on an adoption-related topic? We'd love to hear from you! Contact us at editor@bcadoption.com.