Parental leave for guardians One woman’s battle for benefits

When a child joins a new family, everyone needs time to adjust and attach. That’s why parental leave and benefits exist. Unfortunately, not all new parents qualify for these benefits. In this article, Willow Yamauchi shares her experience and explains what needs to change so families like hers aren’t excluded in their times of need.

In March of 2017, Willow Yamauchi was a happily settled, professional mother of two young adults and was looking ahead to the empty-nest years with her husband. She had no idea that her entire life was about to change when she answered a phone call from her nephew Dash. The terrified 12-year-old boy told her his father wasn’t breathing. Yamauchi rushed to his nearby home and comforted Dash while paramedics tried to revive his father. Tragically, they couldn’t save his life. Dash’s mother had passed away six years prior from breast cancer; his father’s death made him an orphan.

The word “orphan” sounds like it belongs in a Charles Dickens novel, but it quickly became part of Yamauchi’s everyday vocabulary. As per Dash’s father’s will, Yamauchi was now her nephew’s legal guardian. He moved in with her family the same day his father died. 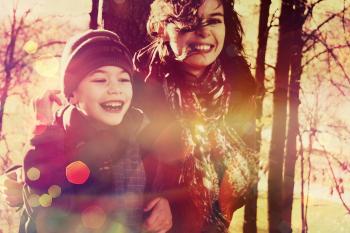 Willow took a leave from her job so she could help Dash cope with the trauma of his father’s death and adjust to his new reality, and applied for EI—a system she’d paid into for 22 years—to cover the time off. Working BC parents like Yamauchi who add a child to their family usually qualify for up to 52 weeks of paid leave through Employment Insurance (EI) benefits. Eligibility for benefits depends on a variety of factors such as how many weeks you’ve worked in the past year, and whether or not you gave birth to your child (non-gestational parents, including adoptive parents, only qualify for a maximum of 35 weeks of leave).

As far as Yamauchi knew, she met all the eligibility requirements for EI parental benefits. She was shocked when her application was denied. The reason? Because Dash joined her family through a transfer of legal guardianship due to his parents’ death, not birth or adoption. The only way to receive the benefits would be to apply to adopt him.

Adoption: not always the best option

Technically, Dash wasn’t even available for adoption because he already had legal parents, Yamauchi and her husband. They would have to adopt him from themselves. “That was just weird,” says Yamauchi, “and would have cost us thousands of dollars.”

Frustrated, Willow and her husband weighed the stress, cost, and paperwork involved in pursuing an adoption against the possibility of receiving EI benefits. Yamauchi was especially upset by the knowledge that at that time, adoption meant Dash would be issued a new birth certificate with his parents’ names replaced by Yamauchi and her husband’s. “My husband and I have no desire to legally take the place of the parents who cherished this child, who had a wonderful relationship with him,” she told the CBC in May 2017.

In the end, Yamauchi decided adopting Dash wasn’t the right choice for their family at that time. She and her husband already had all the rights, responsibilities, and protections they needed as his guardians. Everything, that is, except EI benefits—and she was prepared to fight for those.

A fight for time

Yamauchi approached her MLA, Jenny Kwan, for help. Kwan brought the case to parliament, where she lobbied the House of Commons for the Minister of Families, Children and Social Development to intervene on Yamauchi’s behalf and grant her EI benefits. In September, six months after Yamauchi first applied for EI benefits, she finally won. Here’s an excerpt from her letter, which Kwan read in the House of Commons on October 30, 2017.

“Although I am personally relieved to finally be granted this leave, it is unacceptable that it took five months, a media campaign, and a question in the House of Commons. I am an educated person with a great deal of support and this has been draining on me financially and emotionally. The EI regulations are antiquated and discriminatory. Parental leave must be available to all new parents who qualify. It is discriminatory to state that permanent guardianship is not equivalent to other types of legal parenting. Ultimately, I have been granted parental leave which means that a precedent has now been set.”

Why does any of this matter to the adoption and foster care community? Kwan lays it out in her letter.

“If the government fails to change the legislation, it is continuing to discriminate against an estimated 11,000 children in BC alone,” Kwan says in the letter she read in the House of Commons. “It is also discriminating against Indigenous children who are in homes where legally recognized alternative customs and kinship care arrangements exist.”

Here in BC, the EI eligibility rules that initially disqualified Yamauchi also apply to people who become permanent legal guardians in other ways. This includes foster and kinship caregivers who become permanent guardians through a 54.1 or 54.01 transfer of custody, a process that’s often used when adoption isn’t possible or isn’t in the child’s best interest.

In many cases, permanent legal guardians play the same role in the child’s life as birth or adoptive parents. Like Yamauchi and Dash, these families also usually struggle with trauma, upheaval, and unexpected financial burdens. Why aren’t they eligible for the same parental supports as birth and adoptive parents? What will it take for the government amend the EI Act so that these families can get the support they need?

That’s the question Yamauchi and Kwan are asking. They believe Yamauchi’s case was precedent-setting, but her focus now is on helping Dash and her family adjust to their new reality. In order to change the EI act so that all guardians can receive paid time off like any other parent, someone with clout like an MP or a group of lawyers would have to take up the fight. That’s why Yamauchi still shares her story: in the hopes someone will be inspired to make it happen.