By looking at adoption in other places, other cultures, and other times we hope to open our minds and develop a deeper understanding of ourselves, each other, and our roles in the world of adoption. In this post we visit Japan with Sophelia, an Australian expat and adoptive mother to one Japanese son.

When I was an exchange student in Japan, I often walked past a large building full of children on a hill behind my university campus. On sunny days thirty or forty futons would be hung over the balconies airing, and I enjoyed the site of large groups of rosy-cheeked children in yellow hats walking in a line. I was surprised that such young children, only four or five years old, were at a boarding school, but I knew about Japan’s highly competitive education system and assumed that it must be a very prestigious kindergarten. Then, one day, a professor mentioned “the orphanage on the hill.” Although I didn’t realise it at the time, my life was forever
changed.

When you think of Japan, you probably picture gleaming high speed trains, towering skyscrapers, and cutting edge electronics. When you hear the world “orphanage,” you may imagine a Dickensian scene from another era, or perhaps a squalid situation in the developing world. These two scenes seem vastly disconnected, and yet in Japan 39,047 children were living in “alternative care,” predominantly privately run institutions (orphanages) in 2013. More than 50% of Japanese orphanages are large institutions that in some cases house over 100 children. Despite everything we now know about the negative consequences of long-term institutionalisation of children, and particularly infants, this practice is widely accepted as “normal” or “unavoidable” in Japan.

Custody, culture, and children in care 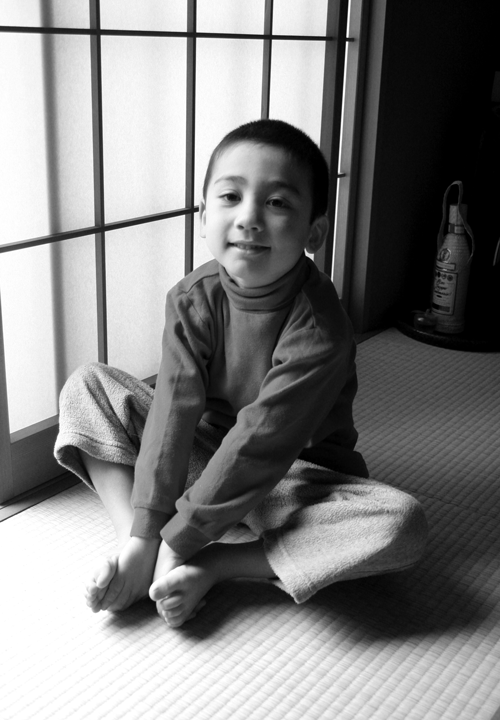 Perhaps the most surprising aspect of Japan’s orphanage system is that a majority of the children in care remain under the legal custody of one or both parents. It’s unremarkable for a newborn to be entrusted to an orphanage and remain there until the age of majority even though the parents retain legal custody. In fact, even in cases of severe, documented abuse where the child is removed from the parents’ physical custody, for a court to sever legal custody is unusual.

Due to a combination of legal issues, social attitudes and governmental structures, foster care is unusual in  Japan. Placement of a child in foster care, rather than an orphanage, requires parental consent or a court order, as well as significant additional investments of time and financial resources from the Child Guidance Centre (CGC). The result is that fewer than 1,000 children were being cared for under foster-type arrangements, \ including kinship care, in 2013.

The adoption of biologically unrelated children is even more rare. Many child welfare workers are reluctant to even mention adoption as an option to legal parents whose children are in care, considering it an inappropriate over-reach. More than 90% of adoptions in Japan are of adults, and usually take place to ensure inheritance or business succession arrangements.

Technically, the orphanages are under the supervision of the government, but when officials – many of whom have no specific training in child welfare – go to “inspect” the orphanages, they often have no idea what they’re looking at. They may simply visit, drink tea in the director’s office, then leave, deferring to what they may see as the superior experience and expertise of orphanage directors. Some private orphanages are treated like family businesses, with the director passing the position on to their son or daughter when they retire.

In the 1990s, a number of cases of sexual abuse in privately operated homes resulted in no action being taken because the perpetrator was the child of the director and heir apparent to the “business.” In one case, the entire staff of an orphanage resigned in protest of the director’s abuse. Several children escaped and came to the CGC in person to plead for protection, only to be returned by CGC staff. It was only after a TV exposé of the orphanage that any legal action was taken. Although the allegations of abuse were proven in trial, the court did not have the authority to mandate any form of punishment for the abusive director.

Over the years, I’ve volunteered at orphanages in several different cities. I found that the majority of orphanage staff do everything they can for the children, even funding additional resources from their own meagre salaries or acting as personal guarantors when teens have to leave the institution and try to rent an apartment (in most parts of Japan it’s impossible to rent an apartment without a guarantor). However, even the very best orphanages cannot compare to family-based care, and many graduates of institutions face life-long difficulties.

Forced to prioritise their time, overworked staff in the homes I visited often chose to interact predominantly with the toddlers. In one infant home, it was common practice for pre-mobile babies to be left lying on their backs all day, which led to bald, flattened patches on the back of their heads. Smaller babies were also sometimes left to feed themselves from bottles propped up by folded towels. On one occasion, I asked if I could feed a baby who had been left this way. I picked her up, looked into her eyes and talked and smiled. Excited by the unfamiliar attention, she babbled and reached for my face. A staff member scolded me for “distracting” her, saying that she was drinking the bottle too slowly, and instructed me to put her back down.

This volunteer work was rewarding and important, but my partner and I were spending every drive home afterwards in increasingly gloomy silence. Seeing the conditions, even in orphanages that were excellent by Japanese standards, and saying goodbye to the children got harder every time. We began looking into adoption.
The barriers to adoption in Japan include the high value society places on blood ties, the lack of national guidelines for how to approach adoption, and the relative newness of the concept. A law providing for adoption – in the sense of severing ties with the biological family and creating a new family legally indistinguishable from a biological one – was not introduced until 1987. Even today, this type of adoption only applies to children under the age of six at the time of placement. In the fiscal year 2010, only 309 children were adopted. A small number of international adoptions do occur each year, although Japan is not a signatory to the Hague Convention on Protection of Children and Cooperation in Respect of Intercountry Adoption because it lacks the central governing body participation requires.

A number of private adoption agencies have been established in Japan over the years, filling the gap in adoption services that are inadequately provided by the CGCs. All the agencies and social workers operate under very different principles and methods, and their requirements conflict. This can be a real maze for prospective adoptive parents to navigate. Japanese adoption agencies are legally prohibited from charging fees greater than the actual costs of facilitating each adoption, but recent financial scandals have done nothing to raise the public profile of adoption as a positive solution for children in need of care.

Negative attitudes towards, and simple confusion about, adoption also remain common. Japanese Prime Minister Shinzo Abe suggested adoption to his wife after unsuccessful infertility treatments, but she rejected the idea, saying “I could not accept this and was not confident about bringing up an adoptee properly, so it did not happen.”

Knowing that adoption was unusual enough already, we wondered if it would even be possible for us since we were foreigners. Our fears were initially confirmed when our local CGC told us that they would never place a child with foreign parents. However, they suggested a Japanese agency specialising in international adoptions and offered us post-placement support if we were able to adopt through the private system. As we began looking through all the private options, we encountered another barrier: the assumption of infertility as the motivation for adoption. During interviews we were asked what fertility treatment options we had tried. When we explained that our motivations for adopting were not related to infertility, we were met with stunned silence, confusion, and even suspicion. One agency required a signed agreement that we would never try to conceive and, preferably, evidence of a sterilisation procedure!

Adopt my friends, too?

Ultimately the only agency that did not find the idea of mixing adopted and biological children unacceptable was the one our CGC had suggested. We were fortunate enough to be matched with our son just under a year after interviewing with the agency. He was eight years old when he joined our family. Although our new life is full of joy, we often think about the children left behind. A few weeks after coming to live with us, my son asked, “Why can’t you adopt my friends, too? I’m not the only one who needed a family.”

I wish that I had a good answer for him.

Sophelia and her husband are Australians who have been living in Japan for a majority of the past decade. They adopted their son in 2013. Sophelia teaches Japanese Cultural Studies at the tertiary level and blogs at www.sopheliajapan.blogspot.jp