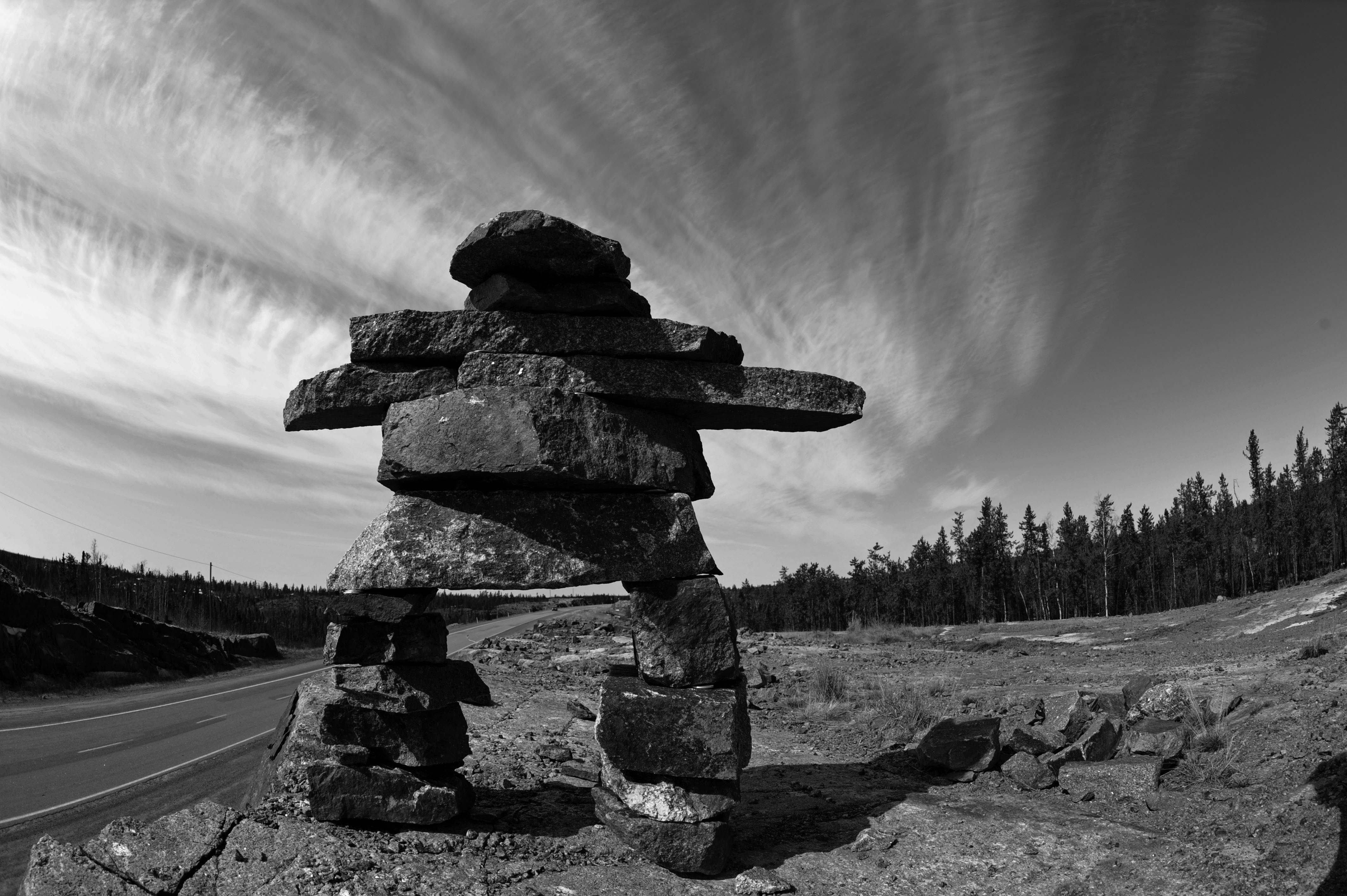 In our “Perspectives” series, we examine adoption in other places, other cultures, and other times. By widening our lens, we hope to open our minds and develop a deeper understanding of ourselves, each other, and our roles in the world of adoption. Would you like to write about adoption from a historical or cultural perspective? Contact us at editor@bcadoption.com.

For thousands of years, the customary practice of Inuit families giving their babies to other Inuit families to love as their own has been intricately bound to Inuit culture, worldview, and the kinship system.

If a couple couldn’t conceive, they would be humbly and lovingly given a baby. If a child died, often the grieving parents were given a baby to help ease the ache of their loss. If a couple were approaching old age, a baby would be given to them so that they would have someone to look after them. Traditionally, the custom was for the grandparents to adopt the first-born child of a couple (usually on the father’s side). This ensured all camps had a population of young people, and ensured the continuation of kinship bonds and vibrant communities.

Custom adoptions also took place in times of great difficulty, such as food scarcity, sickness, orphaned children, multiple births, or large families. In these cases, one or more babies would be given to another family to ensure the child’s or the community’s survival.

Custom adopted children always knew from a young age who their birth parents and birth family were. They often had a special relationship with them while remaining grounded in their adoptive family as their own “true” family. There was no searching for one’s birth relations or agonizing over identity while growing up. Essentially, Inuit custom adoption was a centuries-old form of open adoption that ensured each child had a network of loving family and teachers throughout their lifespan. Custom adoption was a deeply sophisticated system of creating family, strengthening bonds between camps, and ensuring survival in the harsh Arctic.

While families nowadays may wish to honour and preserve the openness of Inuit custom adoption, sometimes birth parents are in transition or are experiencing significant challenges that impact the level of closeness to which adoptive parents will consent. For various reasons, birth parents may also choose to limit contact with their adopted child. Due to the permanency of today’s Inuit settlement communities, adoption within the same remote community is often avoided to ensure necessary bonding occurs and to establish healthy boundaries in this contemporary, technology-saturated world.

Inuit custom adoption is not a practice borne out of generations of unwanted children; rather, it’s a deeply loving and selfless tradition of giving the gift of life to a carefully selected couple, most often with the guidance of Elders. In the past and in the present day, the adopted child is often showered with adoration and seen as a sacred gift. Everyone in the family would cherish and love them, including biological children. In fact, many Inuit families consist of both birth and adopted children. Above all else, this practice connected the child to countless loving family members through all sides of his or her birth and adoptive relations.

In the past, many Inuit held strong convictions about a baby’s health being compromised if the birth couple saw the child too soon after the adoption occurred. I’ve often been told this was the time when the baby secures his alliance with his new parents and begins to take on the “blood” or “biology” of the adopting family.

Inuit Qaujimajatuqangit guided this adoption process so that the birth couple could heal their sadness and the baby could come to know its adoptive parents as its own. In essence, this is a period of securing attachment. Some Inuit still believe that if this period of time isn’t respected, the child’s life could be cut short. Similarly, if an adoption is coerced or pressured, it’s believed that the child could become very sick and die. Although these taboos seem fear-based, they are rooted in centuries-old wisdom meant to protect all parties from undue pain and anguish and to promote the necessary attachment all babies require to ensure healthy development.

In October, 1961, the very first legally registered Inuit custom adoption took place, ruled by Justice J. H. Sissons. This came following changes to the Child Welfare Ordinance in 1961, which stated Inuit must have home assessments prior to adopting and submit documentation to Ottawa within 30 days of their adoption. Sissons argued how these newly imposed barriers not only trampled on Inuit rights and ways of organizing their kinship system, it was logistically impossible given the mail system and remote locations and outpost camps many Inuit continued to live in. Language barriers also limited the ability for many Inuit to understand this new legislation, which essentially locked them out of their ancient knowledge system and deemed it illegal.

In Justice Sissons’ “Katie’s Adoption Petition, 1961” (author’s note: the baby’s correct legal and given name was actually Kitty), he argues that custom adoption “is good and has stood the test of many centuries and these people should not be forced to abandon it and it should be recognized by the Court.”

Sissons’ argument was successful, and in 1961 he registered hundreds of Inuit custom adoptions across what is now Nunavut and Inuvialuit, often bringing both the birth parents and adoptive parents together to confirm there was no pressure or coercion for the adoption to take place. Many years later, Justice Sissons’ advocacy led to the practice of legal customary adoption by Inuit, First Nations and Métis people becoming a protected right in Canada. While Inuit Custom Adoption Commissioners register adoptions as having taken place, they can refuse any adoption if customary law has not been followed.

The case of Kitty Noah’s adoption by Qiatsuk and Nuna Noah in August 1960 is close to my family’s hearts. Baby Kitty and the highly respected couple Qiatsuk (pronounced Kee-at-chuk) and Nuna (more commonly known as Noah) paved the way for Canadian law to formally recognize this centuries-old practice. That special baby is my husband’s mother, and the grandmother to our two daughters: our oldest, who was named after Kitty’s adoptive mother Qiatsuk, and our youngest, who was custom adopted to our family at birth in 2011, and was named by her birth family after her great-great-grandmother.

While most Inuit parents have no intention of custom adopting their children to other families, adoption continues to be a normalized practice in many Inuit regions.

As with anything in life, where there is good there’s also its opposite. Some adults who were custom adopted have shared stories of their mistreatment as children, with common themes of being scapegoated and exploited as the caretaker or becoming the family “slave”. Reports of birth parents experiencing coercion have also sometimes surfaced.

As awareness of Inuit custom adoption grows in the rest of Canada, the number of Inuit babies being adopted to non-Inuit families has also increased. This type of adoption shouldn’t be confused with Inuit custom adoption. Because of the growing number of Inuit children being adopted by non-Inuit families, some Inuit regions are working to ensure that prospective adoptive parents are immersed in transcultural training and awareness of Inuit Qaujimajatuqangit. It’s the birthright of Inuit children to know and learn about their Inuit identity and culture, and to understand the blood memory of Inuit Qaujimajatuqangit that their ancestors passed down through centuries of adaptation, innovation, and perseverance. Many non-Inuit families who have adopted Inuit children also strive to ensure their children know their birth family and connect with Inuit cultural resources, language, literature, positive role models, and other adopted Inuit children living in the south.

While there may be legitimate modern-day challenges associated with Inuit custom adoption, many families continue to grow and thrive through this practice. By celebrating these children’s birth and adoption stories, we honour the centuries-old wisdom and tradition of the Inuit way.

Jennifer Noah moved to Iqaluit in her midtwenties. She worked in the field of mental health, addictions counselling, and youth wellness and empowerment, with a focus on Nunavummiut voices, Inuit Qaujimajatuqangit, and Inuit values. Through her work, she was privileged to hear stories and wisdom from many Nunavummiut. She enjoys watching youth discovering a deeper understanding of Inuit culture and traditions as they listen to the stories and wisdom of their elders. Jennifer hopes to continue writing for children and sharing the rich knowledge and traditions of Inuit through her written work.