The power of cultural connection | Adoptive Families Association of BC

The power of cultural connection

In this article, we explore how families and professionals can work together to support adopted Aboriginal kids. 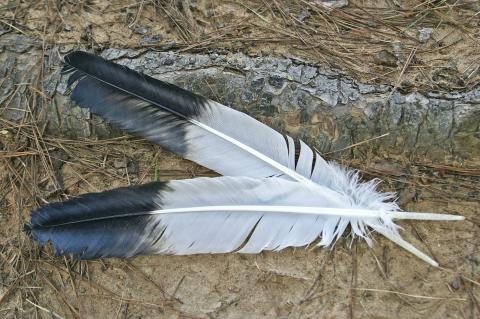 In today’s diverse adoption community, the majority of parents strive to embrace and nurture their adopted children’s birth cultures. It’s a complicated but rewarding task that can bring children closer to both their culture of origin and their adoptive family.

And it’s not something that can be done alone—rather, it illustrates the truth of the old adage, “It takes a village to raise a child.”

Families who adopt Canadian Aboriginal children must navigate an additional layer of complexity due to the devastating impact Canada’s history of racist child welfare practices had and continues to have on First Nations, Métis, and Inuit people.

That’s where people like Kelly Davie come in. Davie is a social worker who does permanency planning for Aboriginal children and youth in the continuing care of the Ministry of Children and Family Development here in BC.

Davie has seen first-hand how important it is for BC’s Aboriginal children to maintain healthy ties to their culture of origin. She works to find ways for every First Nations child to form and retain that healthy link within the best possible family environment. It’s not always an easy task, but Davie says she finds it very fulfilling.

The process Davie uses when seeking a permanent home for Aboriginal children is intensive. She looks within the child’s nation or community first. If that doesn’t work out she slowly expands to other potential Aboriginal adoptive parents, and then finally, if necessary, to adoptive parents who are not Aboriginal. It always comes down to the best interests of the child.

Permanency, in Davie’s vocabulary, refers to cultural, relational, physical, and legal permanence. One piece of her cultural permanency work is the creation of a cultural safety agreement, which recognizes the importance of a child’s culture of origin to their well-being and outlines how the child will continue to have access to their culture as they grow up. This document involves input from the child’s extended biological family, their nation, cultural mentors, and the prospective adoptive family.

“It’s not a legally binding document,” she says. “It’s a document of good faith. What we’ve learned is that without those cultural ties, [the child] will often go seeking that in their adolescent years,” Davie says. “It’s much better when things are open and transparent from the beginning. Otherwise it’s hard. No one knows them, they know no one.”

Sometimes when Davie contacts a nation to look for a cultural mentor, they express interest in establishing and maintaining ties with the child, but encounter other barriers, such as the cost of travel, lack of understanding of the mentor’s role in the child’s life, or an inability to see the value of a mentoring relationship. Davie works to dispel these barriers through listening and sharing information.

Many times when Davie has contacted a child’s biological family or extended family, there is an invitation for children in care to visit their family and nation of origin.

“I have had the honour of accompanying children and youth to their home communities,” she says. “I have witnessed the strengthening of relationships [between children and] healthy family members, heard the teachings that are provided, watched as the child/youth is reassured they belong, they have a home and family that love them.”

In one case, Davie was the member of a party that travelled to a remote BC coastal nation in the spring with a group of young siblings in foster care who were originally from the nation. It was a weekend visit that included a family potlatch. “It’s hard to describe how happy the children were to be on the land, to be with their family and witness the ceremonies; to belong,” she notes. “During the ceremony, the children were given their traditional names.”

Davie notes that to this day, the children want her to call them by their traditional names—and she does. She describes the naming ceremony as a very significant moment in their lives; calling them by those names builds the strength of their ties to their nation and to the connections established during that visit.

As a result of this visit to their nation, the children’s life trajectory shifted. “The children have ongoing relationships with their healthy family members and nation,” says Davie. “I swear they stand taller and carry themselves with greater confidence.” There is now a plan in place for them to be cared for permanently by a relative.

Davie has seen some adoptees grow up believing there is nothing good about their nation because they lack positive stories. In many cases, reinforcing the positives will be a job for the adoptive parents. It must be done carefully to encourage interest rather than raising past traumas if this is a concern.

“Most of what we hear about our First Nations in media is tragedy and struggle,” Davie says. “There needs to be a balance of understanding. We have a wealth of knowledge and gifts to share.”

She recommends having information available and allowing it to become part of a conversation when the child shows interest or asks questions, or when life presents a natural opportunity to draw a connection.

“It’s not something to be imposed,” Davie says. Rather, she recommends letting these connections happen “in a very organic way. Find ways to tie it in, in a gentle and positive way.” For example, if a child enjoys painting or drawing, the adoptive parent could say something like, “I heard your birth mother liked to paint. I wonder if you get that from her?”

Piecing together the puzzle

The lived experiences of adult Aboriginal adoptees also underscore how important it is to nurture children’s connections to their ethnocultural heritage.

Kimberley Lessard was born in 1976 and adopted to non-Aboriginal parents. Her nation of origin is the Deninu K’ue First Nation in Fort Resolution, Northwest Territories.

Although she was adopted before the work of people such as Davie, Lessard was one of the lucky ones whose adoptive parents were open about Lessard’s Aboriginal background, as well as that of her brother.

“My parents were not shy about letting us know it was a part of us,” she says. “Every Calgary Stampede, we visited the Aboriginal displays.” Her adoptive parents and her biological parents nurtured her gifts of spirituality and love of nature.

These gifts have been very important for Lessard. Although she has only visited her nation’s community three times, she has support through a biological cousin and her paternal grandmother. As an adult, Lessard has worked with First Nations people and communities for more than 15 years.

Another adoptee, 36-year-old Terriea Harris, was born into the Dakota Sioux First Nation and lived on the Standing Rock Indian Reservation in United States until about age five when she was adopted into a non-Aboriginal family in Canada. She spent her life feeling as though something was wrong with her.

Harris met her birth mom about six years ago and began to explore her heritage and culture. She is now a ceremonial Sun Dancer. Exploring and embracing her culture as an adult allowed her to heal the pain she felt as a child and youth because of her lack of connection to her heritage.

“In some of my ceremonial circles, I’m able to connect with other people who are Sioux,” she notes. “I’ve always felt disconnected. I am [now] connected to my culture. It’s extremely important. It saved my life. All the missing pieces of the puzzle came together and it makes sense.”

Connect with a First Nations Friendship Centre in the nation’s community. Ask questions, listen, and learn.
Enroll your child in their school’s Aboriginal program, if possible.
Weave the child’s cultural heritage into everyday life by sharing food, art, spirituality, music, and more.
Explore the child’s nation’s ceremonies and consult with their nation to ensure important life milestones are marked.
Experience activities from a diversity of Aboriginal traditions as well as those that are specific to your child’s heritage. Every nation and community is unique!