Q&A: Adopting from China | Adoptive Families Association of BC

For almost twenty years, China has been the most popular source country for international adoptions by Canadian families. Since the peak year of 2005, however, adoption numbers have decreased while wait times have increased. The exception is China’s special needs (“waiting children”) program, which is now the largest source of international adoptions to Canadians. In this Q&A, we talk with two families who recently adopted through the waiting children program.

How have things changed with adoptions from China?

Josh and Jackie: A lot changes in several months, let alone 10 years! Many other countries around the world have since opened their doors to international adoption. China’s one child policy was recently lifted, which will surely have a huge effect on the number of children available for international adoption. China as a nation is becoming increasingly wealthy and families are better able to afford having more than one child. Even before the one child policy was lifted, many families were willing to pay the penalties to the government for having more than one child. Lastly, since many Chinese citizens now have the means to adopt, adoptions within China have become more  common.

How long did your adoption take, and how old was your child when they came home?

Josh and Jackie: Our daughter was 18 months old when we adopted her in April 2015. From when we applied with China to when we were matched took about 1.5 years; six months after which we brought her home.

Paula: We adopted our daughter Maeve from China’s waiting child program in January of 2013. She was 20 months old at the time and had an unrepaired cleft lip and palate. We waited for two years from submitting our application to travelling to get our daughter. The government of Newfoundland, where we live, is not very efficient when it comes to international adoption, so we paid for a private homestudy to speed up the process. 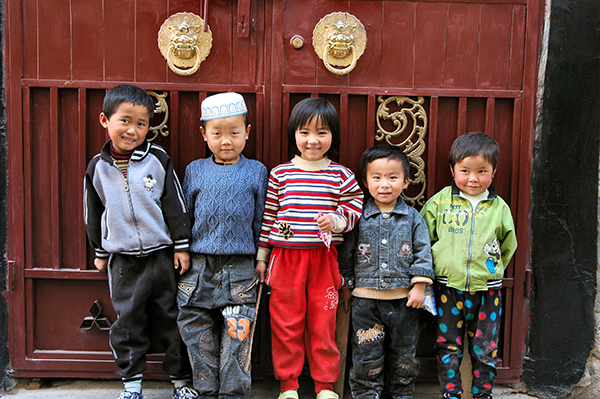 What are the differences between China’s regular and special needs programs?

Josh and Jackie: It’s our understanding that the “regular” program typically features healthy infants and that the wait is now seven to ten years. We’ve heard this program is being phased out because of the lack of healthy infants available for adoption. The “waiting children” program features children with some form of physical or mental health condition, ranging from mild to severe. Typically, these children are one year old and up.

Paula: I’ve noticed that families who want boys in the waiting children program tend to be matched more quickly.

What types of special needs do children in the waiting child program have?

Josh and Jackie: The most common are developmental delays or cleft lip/palate. Healthy older children are also considered to be “special needs” because of their age, as are children who have had surgeries but are otherwise healthy.

What’s the hardest part of the process?

Paula: The waiting time was the hardest part for us.

Josh and Jackie: Being matched relatively quickly. When we first applied to the China program, we were told the expected wait times were approximately 6-12 months. At the 12 month mark, we were told to expect another 3 years but were matched 6 months later.

Paula: Our daughter was very ill when we brought her home. She weighed only 18 pounds and was suffering from malnutrition. She couldn’t sit up or roll over and had no muscle tone. We were not expecting her to be so ill.

Josh and Jackie: Excellent, most of the time! We’ve been home 8.5 months now. Our daughter has formed a secure attachment with us and adjusted well, we think. Her language and development have been coming along wonderfully.

Paula: Maeve is catching up every day! We attend weekly therapies at our local children’s hospital. The staff are wonderful. However, they haven’t worked with a lot of internationally adopted children and weren’t familiar with institutional delays. Maeve spent 20 months in an orphanage, which delayed her development. I’ve heard that for every 3 months spent in the orphanage, you should take 1 month off the child’s developmental age.

How do you connect your child to her culture?

Josh and Jackie: We haven’t done much yet because of the relatively short time we’ve been home and the fact that she’s only two! But we’re connected with other local families that have adopted from China. We plan to celebrate Chinese New Year and attend local cultural events. When our daughter is older, my husband hopes to do Mandarin classes with her. We’ll also travel to China together as a family one day.

Paula: Both of our daughters are from China, so we try to keep connected to their culture. We’re members of our local Chinese association and we celebrate many Chinese holidays.

Have a question about international adoption? Ask one of our adoption key workers!