Q&A: Adopting a foster child | Adoptive Families Association of BC

In recent years, over 40% of adoptions in B.C. have been completed by foster parents who adopt their foster children. To find out more about this unique path to building a family, we interviewed a mom who’s been there and done that--more than once!

Jane and her husband have been foster parents for more than a decade, and are also parents to twelve children (seven biological and five through adoption).

Why and how did you become a foster parent? How many children have you fostered?

We first became foster parents when we already had 11 children, four of them through adoption. At that time w 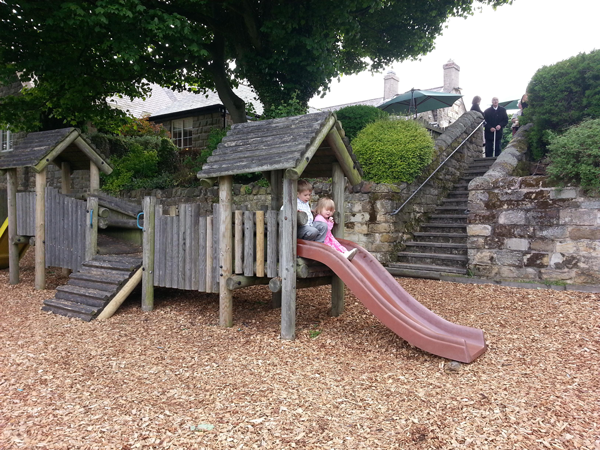 e considered our family complete. Our adoption worker asked us if we would foster a child whose adoption placement had broken down. She felt that we had the skills to salvage this boy’s life after so many losses. Years ago we’d considered fostering, but at that time I couldn’t imagine nurturing a child and then having to let him go. That’s why we originally chose adoption as our way of welcoming new children into our family. But, we agreed to take this young man into our family as a foster placement. We had him with us for two years. It was an extremely challenging time for all of us, but we also learned that we could love and let go.

When and why did you first think about adopting one of your foster children?

After that first young man left us, we were asked if we would consider a foster to adopt situation with a five-year-old girl, G. We felt a little wary, but we agreed. As soon as we met G, I began to worry about how I could ever let her go. G worried as well. She was five and half years old and weary of the system. She remembered living the nomad existence of a child raised by addicts, running from the police to different “crash pads,” sleeping on couches next to strangers, and feeling alone in places full of sleeping adults. At one of these places, she ingested drugs and ended up at the emergency room. Then she spent six months in a foster home where she felt like an unwelcome outsider. After she joined us, she quickly asked her social worker to tell the judge she wanted our family to adopt her.

What was the process of moving from foster care to adoption like?

We all hoped and prayed that the courts would make a decision to allow us to proceed with the adoption. This was in April, and court wasn’t until September. We chewed our nails down to nubbins while we waited. G already felt like ours in every way, and we feared a reversal of our hopes and dreams for her. When the court date finally arrived, we were told that G’s mom didn’t show up and that the judge was giving her another six months. We were devastated, but at least G was still with us. In February, after another no show, the judge granted a continuing custody order (CCO) to the ministry and we were cleared to adopt her. Even then the process was slow, but at least we knew there was no going back. She would soon be ours!

How do you decide which of your foster children to adopt?

As it happens, one of our foster babies is currently transitioning from here to a “foster to adopt” home, so this is all very real right now. It seemed quite natural to continue to foster children after G came to us, but we no longer consider adopting them. We would if we were 20 years younger, but I’ve always followed the natural timeline in terms of adding children to our family.

In other words, if I’m young enough to have given birth to them, then I’m open to adopting them. This means that G is the last child we adopted. We’ve been fortunate to see our daughter adopt one of our foster babies, though, and we welcomed him with great love as our grandson.

What do you think about people choosing to foster because they hope it will allow them to adopt a newborn more quickly?

I can’t see a problem if they genuinely want to welcome a baby or child into their family. It’s better for the child to be adopted by a mom and dad who have loved them from the beginning and are willing to love them forever. The foster parents also should know and understand the challenges of exposure to drugs and alcohol. Why should they not be able to say outright that they want to foster in the hopes of adopting? This shouldn’t be a lottery, dispensing children by luck or time/place in a lineup. These babies should be welcomed with love.

Do you have any openness with your adopted children’s biological families?

In the beginning, G saw her grandmother often. After numerous no shows and excuses that left G in tears, we were told that Nana was also struggling with addiction, and had been all along. We began to see evidence of this during visits and, with G’s okay, we stopped seeing her. G has openness with her aunt and visits her when it suits them both. She also has a good relationship with her paternal grandfather, who often takes G shopping and to the movies. G has had no contact with her birth mother but she did find her on Facebook, which also led to the discovery that G has a baby sister. She wants to get to know her, but I want G to wait until she is at least 18. Right now we want to protect her from further heartache.

Does having both adopted and foster children in the same family create any challenges?

Having adopted children alongside birth children has felt quite right to us. There were some challenges for the kids along the way: the children we adopted were all prenatally impacted by drugs and alcohol, or have other special needs. They struggled at school, in sports, and in friendships, while our genetic children excelled. But our birth children loved their siblings and didn’t see a difference: they only saw challenges that they could help with. It was a beautiful thing all around.