Sharing our hearts | Adoptive Families Association of BC

Adoption is only the beginning

In the spring of 2013, my husband and I completed our first adoption--a process that we found gruelling,  confusing, and bewildering. We didn’t know much about the ins and outs of adoption through foster care when we asked if we could adopt our precious foster daughter, who had been with us since birth. We didn’t even know what “CCO” (continuing custody order) meant. All we knew was that we loved her and wanted her to be part of our family forever. When the adoption went through, we were over the moon, but it was only the beginning.

Success looks different for everyone

As parents of two typically developing birth children, and foster parents to only a few prior placements, we were new to special needs like Fetal Alcohol Spectrum Disorder (FASD). Our daughter had a temper like a firecracker and would bang her head repeatedly and make sores on her face and neck. She didn’t make a single sound--no babbling, nothing--until 16 months of age.

After one assessment, the doctor said, “Well, it’s about as bad as it gets for her age. Frankly, I’m really concerned.” As disconcerting as it was to hear something like that, it also gave us a starting point. When we realized that we were at the bottom, we could see that what we had to do was to start climbing out. Once we accepted the fact that this beloved child would probably have challenges and require support for the rest of her life, we began to feel empowered. Our role became clear: our job was to advocate for her, and get her as much help as she needed to be successful for her, not for anyone else. The realization that success looks different for every person and every family was powerful for us.

Building a network of support 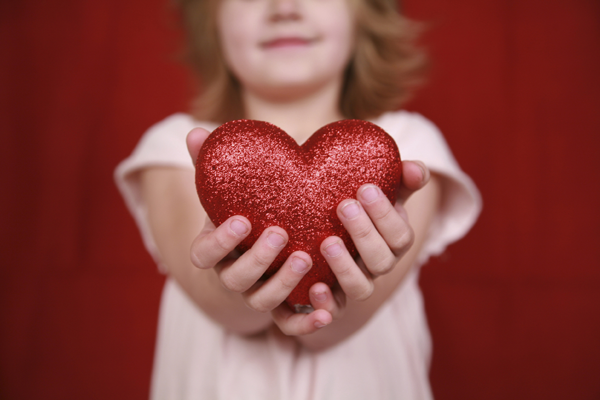 We began to seek out connections with people who knew what it meant to parent children with behaviour problems and special needs; we eventually formed a support group, Hearts for Adoption. We also avoided anyone who judged our daughter, or penalized her for not being able to do “what all the other kids are doing.” When people asked questions like, “What’s wrong with her?”, we came up with answers that respected our daughter and upheld our family.

As we’ve journeyed, there have been major improvements and major regressions. Sometimes we still worry what our daughter’s future will look like. Will she live alone, or hold a job? Many of the people in our support group have been at this for much longer than us. We’ve learned from them that our job is to support, network, advocate, and be there for our children every single step of the way.

It’s been inspiring to meet people whose adopted children are grown up. One family of 11 celebrated their eldest son’s marriage this past summer and saw other children start college, hold jobs, and live life! Others from our group are grandparents now; the daughter of one family has a daughter of her own. Another woman, who spoke to
our group about placing her children for adoption over 18 years ago, recently connected with one of them at the child’s graduation.

Our Hearts for Adoption group has been an incredible blessing for our family. We’ve realized the difference  connection and community make and how healthy it is to find and meet with people who know and understand your journey. If you have no support for your family and no options in your area, please reach out! You and your children deserve to feel loved and supported. May we always learn from those who go before us and make a way for those who come behind.

Jamie Giesbrecht is a foster mom, adoptive mom, and homeschool mom to four children under the age of six in northern BC.