Thanks to adoption, house becomes home for new dad | Adoptive Families Association of BC

Thanks to adoption, house becomes home for new dad

Just as I was getting a handle on my whole sleep deprivation thing, I seem to be right back to square one and find myself nodding off morning, noon, and night.

You see, I've solved my sleep apnea problem; but, what has left me desperate for a decent night's sleep these days is a battle with a serious case of jet lag and our beautiful daughter, Charlotte.

According to friends and family, I should get used to working on very little sleep. They chuckle when they tell me this because with a new child now in our house, the days of afternoon naps and peaceful nights are all but over.

Just two weeks ago, our daughter was put in our arms for the first time. After clinging to my wife for five minutes, I put my arms out and my daughter immediately grabbed my shirt with both hands and pulled in as tight as she could. As I looked down at her tiny hands clutching a fistful of clothing, it finally hit me--I'm a dad.

Since then it's been a dizzying experience, including an amazing 11-day stay in China that featured fabulous food, spectacular sights, and extraordinary experiences.

We were spoiled rotten in China. In both Changsha and Beijing, we stayed in amazing hotels that catered to our every need. For first-time parents, it's nice to have all your meals prepared for you, no dishes to wash, a laundry service, and the other families going through the same experience. 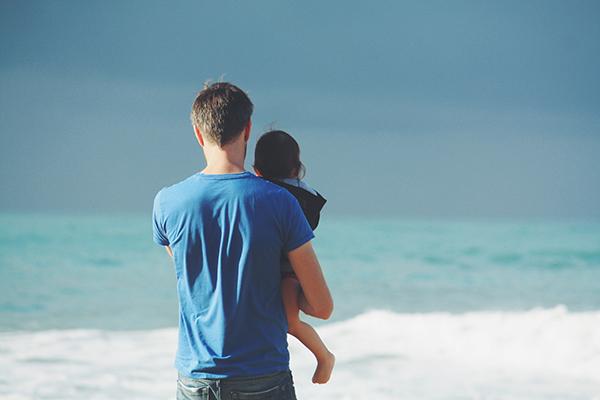 We all had late nights that were followed by early morning, and afternoon naps were squeezed in between trips to the Great Wall of China and Tienanmen Square.

From having a plate of duck heads placed on our table after a lack of communication with a waiter to bargaining for a better price on knock-off Hilfiger shirts at an insanely crowded outdoor market, the whole trip was surreal.

It was also an exhausting trip (the Great wall takes a lot out of you) and one we were sad to see come to an end.

Thankfully, Air Canada gave us six extra hours in a VIP room at the Beijing airport after our flight was delayed.

Following a nine-hour flight home and a brief stay in Vancouver, we brought our daughter Charlotte home Sunday night. After travelling halfway around the world, we finally laid her down in the room I had painstakingly prepared for her and smiled as she slept in her new crib.

But just 30 minute later she was wide awake, ready to check out the rest of the house, take a little nourishment, and play well into the night. With my wife nearly asleep on her feet, it became my job to comfort our daughter as she checked out every inch of her new home and went into what we like to call her "party girl" mode.

As the TV flickered in another room, with some over-excited salesman pitching the latest kitchen innovation, Charlotte began to wind down the party and was ready for her dad to rock her to sleep.

I've had some great moments in my life: the first goal I scored; the first time I took the wheel of a car on my own; marrying my wife; and celebrating our 10-year anniversary. But, the greatest moment of my life was Sunday night. Barely able to keep my eyes open, my body aching with fatigue, my daughter drifted off to sleep in her daddy's arms and I carefully laid her back in the crib. I watched for a couple of minutes as her little hands scratched at the sheets and she gave her eyes one last rub.

As I woke my wife up and guided her towards the stairs, I was overcome by the feeling that our family was now complete and our house was finally a home.

This article first appear in the Morning Star newspaper of Vernon, BC. Reprinted with permission.