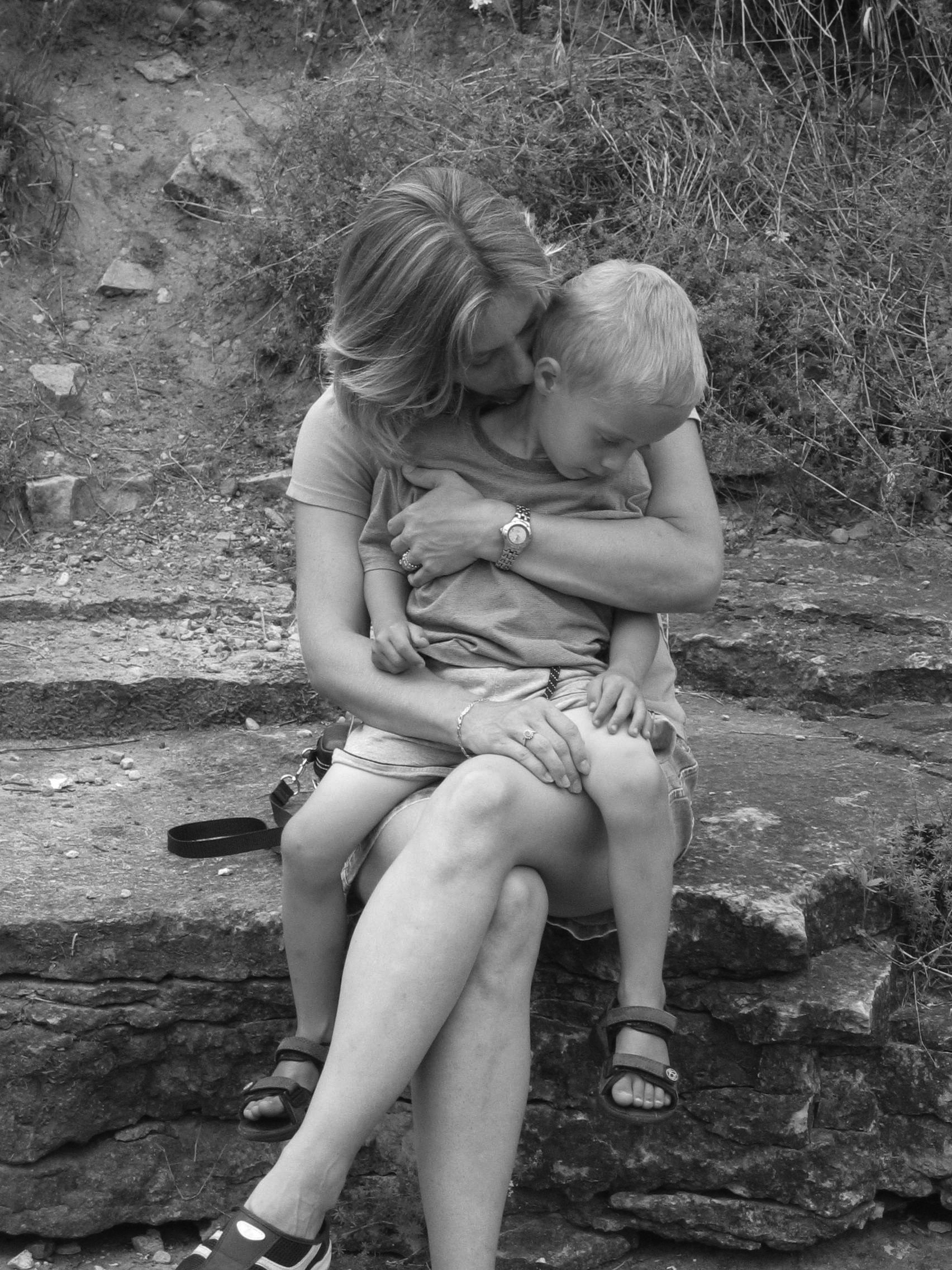 In the last few decades, openness in adoption has become the norm. Professional research and the personal experiences of adoptees and birth parents support the idea that some degree of openness is usually best for everyone, even in adoptions from foster care. That doesn't mean it's always easy, though. In this article, Sarah, an adoptive mom, explains how her family navigated an unexpectedly rough patch in their open adoption journey.

It seemed like the perfect way to spend Mother’s Day: a visit with my 8-year-old son Ethan’s birth mother. All our previous visits with Lisa had occurred in neutral venues like the pool, the park, or a violin recital. Over the years, we developed a deep affection and respect for her as she grew from a troubled teenager to a mature young woman with a stable partner, a healthy second child, and a farm by the river. It only seemed natural that we should visit her on her own turf.

We spent the day playing with the sheep and pigs, riding the horses, and feeding the chickens. Like Lisa, Ethan’s life revolves around animals, and the farm was like a dream come true for him. At bedtime that night, he said “Today was the best day of my life!” I sent Lisa a glowing e-mail to tell her that.

The rest of the summer, however, were some of the worst days of our family’s life. Ethan was broody, sneaky, erratic, and violent. Requests to clean up his messes, brush his teeth, or go to bed were all met with disdainful taunts, most of which included the words “You’re not my real mom, anyway! Lisa is!”

My pre-adoption education had prepared me for that phrase. I tried not to take it personally. I tried to engage Ethan in a discussion about what makes a “real” mother—the one who raises you, feeds you, nurtures you. I also took great pains to honour Lisa. “She loves you," I'd say. "She will always be your birth mom.” But I couldn't bring myself to agree that she was his real mom. How could I do that, and go on being his mom myself?

There were rare moments of grace, and our old bedtime heart-to-hearts would occasionally re-emerge. In a conversation about foster care, Ethan asked: “Can adopted kids go back to their birth parents?”

I felt his body tighten, and he held his breath in anticipation. “No,” I said. “Adoption is permanent.”

“Well, I’m going back!” he shouted, pushing me off the bed. As I left the room, I have to admit, a sense of relief at the thought of “returning” him to Lisa. We all felt like we were under siege.

At the library, I stumbled upon a book with the intriguing title Why Be Happy When You Could Be Normal? It’s a memoir by Jeanette Winterson, an award-winning English writer who's also an adult adoptee. Although her story differed from Ethan’s, it contained many truths about the interior life of adoptees. I agonized over her words: “I was a baby and I was cold and wet and a judge had taken my mommy away.”

A partnership of mothers

No wonder Ethan seemed to hate me—I was the usurper, the baby-snatcher. He couldn’t fathom the dangers baby Ethan had narrowly avoided. In his eyes, there was no reason Lisa couldn’t parent him now. And with my faltering sense of parental legitimacy, I began to think the same thing. I began to think he needed a partnership of mothers.

And so, at the end of the summer, we made another visit to Lisa’s farm. While we were there, Ethan casually asked Lisa: “Can I have a sleepover here?”

Lisa lit up with such joy, my husband and I determined to follow it through. But I first needed to discuss something privately with Lisa: “When things get intense, Ethan sometimes takes off and hides. If that happened on the farm, you’d never find him.” I offered to stay, too, in case she needed backup. I also said “It would be good for Ethan to see that we’re both on the same page.”

For the first time ever, Lisa got defensive with me. “I’m sure I can handle it,” she scoffed.

Clearly, this would not be a partnership.

I had hoped that Ethan would relax when he realized we weren’t going to stand between him and Lisa. But now the choice didn’t seem so clear. For the next three days I walked around with a sharp pain in my gut. My own insecurity did nothing to ease Ethan’s, and the siege intensified. Finally, I phoned a close adoptee friend of mine. Nat didn’t give me any advice. Instead, she told me I was a great mother, and she gave me permission to parent my child.

Suddenly, I could see that Ethan was just as anxious about the sleepover as I was. As I tucked him into bed that night, he asked—as he always does—“Will you please sleep with me, Mama?" and I wondered how on earth he was going to sleep away from me in a strange place.

“But,” I said, “you have a hard time even sleeping in your own bed without me or Papa. I don’t think you’re ready. Do you?”

When sharing hurts more than it helps

Canceling with Lisa wasn’t easy, especially when I told her we wouldn’t be visiting the farm again until Ethan is older and better able to handle his emotions. But as sad as I feel for her, I have to put Ethan’s needs first. Right here and right now, he needs to know—without a doubt—who his parents are.

I have since reached several conclusions about why things went so awry. The farm itself was a big factor. Ethan is a non-conformer who desperately wants to fit in. He looked around that farm by the river, and felt like that was where he belonged. The fact that it is his birth mom’s home gives it a painful significance: a fantasy life that was almost his, thwarted by adoption.

The circumstances of Ethan’s adoption were another factor. We were Ethan’s foster parents prior to adopting him. Because of her lifestyle at the time, Lisa’s parental rights were extinguished by a judge, and I don’t think she sees his adoption as a legitimate, permanent situation. In her heart, Ethan is still the baby who was taken from her. I’m sure our highly sensitive son can sense that.

In order to feel secure, children need parents who feel secure. It takes an uncommon amount of personal strength to remain confident as a parent, while acknowledging that other parents came first.I now understand why previous generations of adoptive parents tried to deny the existence of birth parents. Of course, we now know that’s not the solution. Instead, when possible, we must let openness evolve alongside our children’s needs.

I won’t pretend that it’s all been roses since this decision, but the siege lifted almost immediately. One evening, Ethan again said “Lisa’s my real mom.” But then he stopped, a question mark dangling in the silence.

“Yes,” I finally admitted. “She is your real mom. You are a lot like her, and there are things she understands about you that I don’t even know.”

“But you’re my real mom, too!” he said. “You’re both my real moms, just in different ways.”

What more could I ask for?

Support for your journey
Interested in open adoption, or struggling with your own journey? AFABC's Adoption Key Workers are there for you every step of the way. Visit www.bcadoption.com/support and reach out to your Key Worker today.