The upside of openness | Adoptive Families Association of BC

The upside of openness

At the beginning of our adoption, emotions were high, birth family visits were frequent, and roles were unclear. Well-meaning friends and family members suggested that it might just be “a whole lot easier if our adoption was closed.” We could bond with our baby without interference, and the birth parents could “get on with their lives.”

We also knew other adoptive parents who were quietly relieved that they would never have to meet the birth parents of their children or physically face the reality that their kids came from someone else. Their kids were young, happy, and well cared for. Why rock the boat? Now, after four and a half years of our open adoption relationship with both sides of Victor’s biological family, we are only just beginning to see the benefits of our hard emotional work. 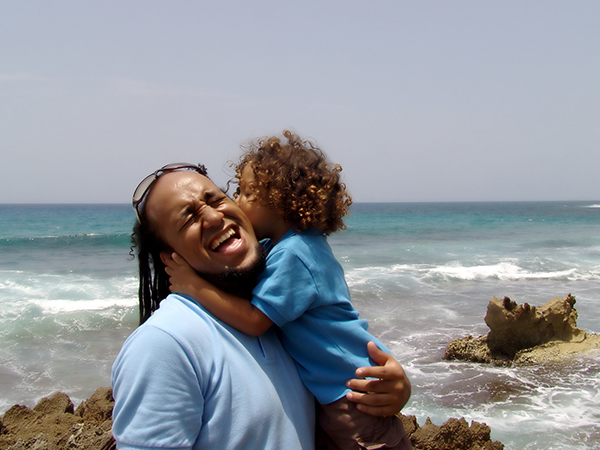 On a fundamental level, there is no “Who do I look like?’” moment, no “Mommy, I wish I was white like you” moment. Victor sees his curly black hair, his deep brown skin, his narrow hips, his wide smile reflected back in his birth family. He sees his Afro-Hispanic facial features in his birth aunts and uncles, and shares the same infectious laugh as his teenage birth auntie.

But it’s about more than looks.

Victor knows his cultural roots first-hand. He hears the rich, lyrical patois of the Caribbean islands from his birth grandparents. He’s too young to ask big questions or really listen to family stories, but he’s old enough to absorb his birth family’s presence, and simply be with them. As his adoptive family, we’ve added Hispanic and Caribbean to Filipino, Chinese, and English in our family’s list of heritage. We are a full-blown 21st-century fusion family.

But it’s about more than culture.

Victor knows that he is loved and adored by his many families. He knows–or will know–that he was placed in our family out of love and concern for his well-being. He gets the best of two worlds: the world of biology and genetics and the world of stability, support, and most importantly, readiness to parent. He gets the security and groundedness of a stable, loving,  permanent home and the knowledge and comfort of knowing his roots.

But it’s not just about our son.

Recently, a vicious custody battle raged between the biological father and prospective adoptive parents of a now four-year-old girl, Baby Veronica. I feel comfort in knowing that our son’s birth parents not only signed off on his adoption but actively support it. It gives us huge peace of mind as parents.

But it’s not just about us.

It’s about birth family, too

I feel that open adoption benefits Victor’s birth family, too. They’ve been able to experrience grief and move into  acceptance and the belief that adoption was the right decision, rather than living in a state of perpetual unknowing. They see that we are not closing any doors, that we want them in our lives, and that we aren’t threatened by their interest and presence. These recent emails from Victor’s birth parents brought my husband and me to tears:

“He is so fortunate to have such amazing parents and family like you. His happiness just shows that you have given him the best life he could have.” (From Victor’s birth mother.)

“We appreciate all you’ve done and all the love you give to the little guy…. We couldn’t ask for better parents.” (From Victor’s birth father.)

Part of me was uncomfortable with their gratitude. But in reality, we are just as grateful to them. This state of mutual  appreciation seems like a solid beginning to a beautiful friendship.