When forever comes | Adoptive Families Association of BC

"Imagine being married to someone for eight years, and then being told that you have to get a divorce and some stranger will choose your new spouse. Then imagine moving in with that person after only knowing them for a little while. What if they don’t like you, or you don’t like them — what next?"

Those of us who don’t do the work that Anne Melcombe and Kirsty Stormer of AFABC’s Wendy’s Wonderful Kids program tackle daily tend to think that any kid who finds out s/he is finally going to have a family should be really excited. We don’t realize how odd an experience it would be for an adult with a support system to enter into such an experience, never mind how it must be for a child or youth who is all alone.

"Bizarre" is the way one boy described his first meeting with his adoptive family. At 18, despite plenty of strikes against him, he was a straight-A student who’d been accepted to a prestigious university program and was working part-time to earn his tuition and living expenses. One would think it would be easy to find a family for such a great kid, but by the time Anne first met him, he had so completely lost hope that he told her she was "nuts" to try. Not easily swayed, she found a match and arranged a meeting.

Afterward, she says, "He told me that walking into a room to meet two total strangers who might be his parents for the rest of his life was the most bizarre experience he’d ever had." Still, he went through with it and, a couple of years later, things are going well enough that the family is beginning to talk about formalizing their relationship with a legal adult adoption. 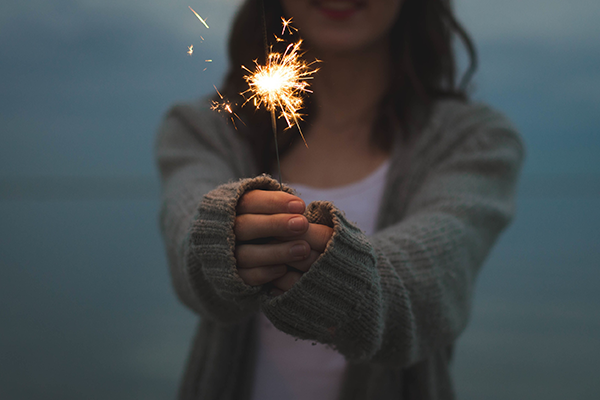 An 18-year-old has the life experience and verbal skills to talk frankly about such an experience. A younger child has different ways of handling the weirdness of it all.

"I had one little boy of about four who was still struggling to understand what adoption was," says Kirsty. When the prospective parents went to meet him for the first time, he stayed in his bedroom peeking out the window to where they were sitting in the back yard having iced tea with his foster parents.

They had brought a bucket of Duplo blocks, which they gave to the boy’s foster sister to take to him. He made a little creation and sent it outside with his foster sister for his new parents to look at. They praised it — loudly enough that he could hear through the open window — and sent it back to him. This happened a few times, until he found the courage to take his creation to them himself. "At that point, the mom gave him a little hug and said, ‘I’m really scared — are you?’"

After that, says Kirsty, "They were okay."

Things don’t always go so smoothly. Anne relates the heartbreaking story of a 12-year-old girl who had been in the same foster home since she was a baby. Often, children in that situation don’t want to move, but this girl had seen other kids in the home find adoptive families and she wanted that, too. Anne undertook an extensive family-finding process and, after several months, located a relative who was interested in adopting her.

They connected very quickly. They spent a lot of time together and, after every outing, the girl put pictures she had taken during their visit into a scrapbook that she called My New Life Book. But then a tragedy struck the adoptive family and, no matter which way they looked at it, they didn’t feel it would be fair to their biological children or this little girl to follow through with the adoption.

"She was heartbroken," Anne says. "The only thing I can compare it to is having a miscarriage. You have this ideal about the way life is going to be, and suddenly it’s gone." In the midst of such grief, most adults can use logic and reason to put things into context and realize that their emotional wounds will heal. When all else fails and they just need a shoulder to cry on, they can look to family and friends.

But this little girl wasn’t old enough to have that kind of context, and she didn’t have a family. She just thought it was her fault. Night after night, she would go to her bedroom after dinner, look through her scrapbook, and sob herself to sleep.

"When she was finally ready to talk about it, I asked her if she thought it was a good idea to keep looking at the scrapbook all the time," Anne recalls. "I suggested that maybe she could just choose one picture to keep beside her bed and have her foster mom put the scrapbook away for safekeeping. After that, things improved slowly and she finally gave me permission to start looking for a non-related family."

Not all children make that decision; after such heartbreak, many resign themselves to living life without a family. Who can blame them? At their age, they can’t imagine the lifelong ramifications of their decision: No one to applaud when they graduate. No shoulder to cry on when a relationship ends badly. No one to put a few candles in a cake for them once a year. They can’t know that simply aging out of care without a permanent family significantly increases their risk of unplanned pregnancy, homelessness, and criminal involvement. They only know they can’t take any more hurt.

But occasionally, if a child and family are well-matched, and the family is very, very patient, they can knock down the walls and persuade the child to accept their unconditional and permanent love.

A while back, Kirsty worked with a 15-year-old boy and his nine-year-old sister. "The adoptive family had originally applied for a teenage girl, but then they saw a video of these two kids and were drawn to them," she says. "The little girl was fine with this, but the boy worked persistently to convince the family that he was unadoptable.

"And he really went the extra mile," she says. "More than one visit had to be rearranged, postponed, or cancelled because he was spending the morning in the principal’s office, or the afternoon behind bars at the police station, or a night out carousing. But the family really wanted both kids and were willing to look beyond the behaviour to see the child, and see that what he needed most was a mom and dad."

One day as the date drew near for the children to move into the family’s home, the boy admitted to Kirsty that he was afraid of going into yet another situation alone, and would she please keep visiting him so that there could be one person in his life that had known him for a while. "I’d only known him for about two years," Kirsty says, "so you can imagine how scary it must have been for him to believe that people he’d only known for a few months would still be there after a year, never mind for a lifetime."

This willingness to push through the challenges to the rewards on the other side is exactly what teen adoptees need from their new parents. April O’Neil is a 19-year-old SFU student who was adopted at 16 and has since become an outspoken advocate for teen adoption with AFABC’s Speak-Out Youth Group. She has noted that it’s no more realistic to expect an adopted teen not to push boundaries than to expect that of a biological son or daughter: It’s simply part of the developmental work of growing up and, if anything, it’s even more important for teen adoptees to work their way through it.

As part of an innovative awareness- and fundraising drive sponsored by Ethical Bean Coffee during Adoption Awareness Month in November 2010, April penned these poignant words:

"The process of switching from an independent, hard-headed teen in survival mode to a young adult who openly accepts guidance and love has been the cause of many arguments and heart-wrenching fights between my mom and me. It has been difficult for me to understand how easily she loves and accepts me, and it is difficult for her, because she knows I don’t understand. She wants nothing more than for me to experience the warmth and joy that being in a family has brought her, and I am constantly challenging that, but I’m eternally grateful for her refusal to give up on me."

April was placed with her adoptive mom by AFABC’s Wendy’s Wonderful Kids program. Her story embodies everything that’s important about their goal — our goal — to find a family for every child. But sometimes, the full meaning of the work Anne and Kirsty do hits home in a different way.

Not long ago, the workers heard a story from one little girl’s foster mom. After moving in with her adoptive family, the little girl went back to visit her foster parents and siblings. On one visit, she was overheard talking to a younger foster brother, who was asking her where she had gone and why.

"I was adopted," she said, "and soon you will be, too. Remember the lady who came to visit me all the time? Remember when I was doing that life book? Well that was really hard. It made me cry a lot. But it was worth it. So when it’s your turn, you just remember that, no matter how hard it gets, it will be worth it for you, too."

If that’s not a ringing endorsement of the value of finding families for kids who have been waiting for forever, what is?

Read part one: Waiting for forever