And Tango Makes Three | Adoptive Families Association of BC 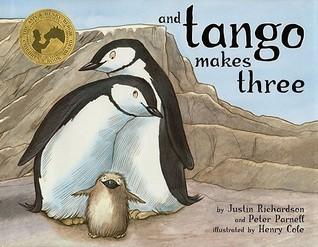 In the zoo there are all kinds of animal families. But Tango's family is not like any of the others. This illustrated children's book fictionalizes the true story of two male penguins who became partners and raised a penguin chick in the Central Park Zoo.

Jen's Pick: A beautifully illustrated book, And Tango Makes Three tells the true story of two male penguins in the Central Park Zoo and how they became parents.